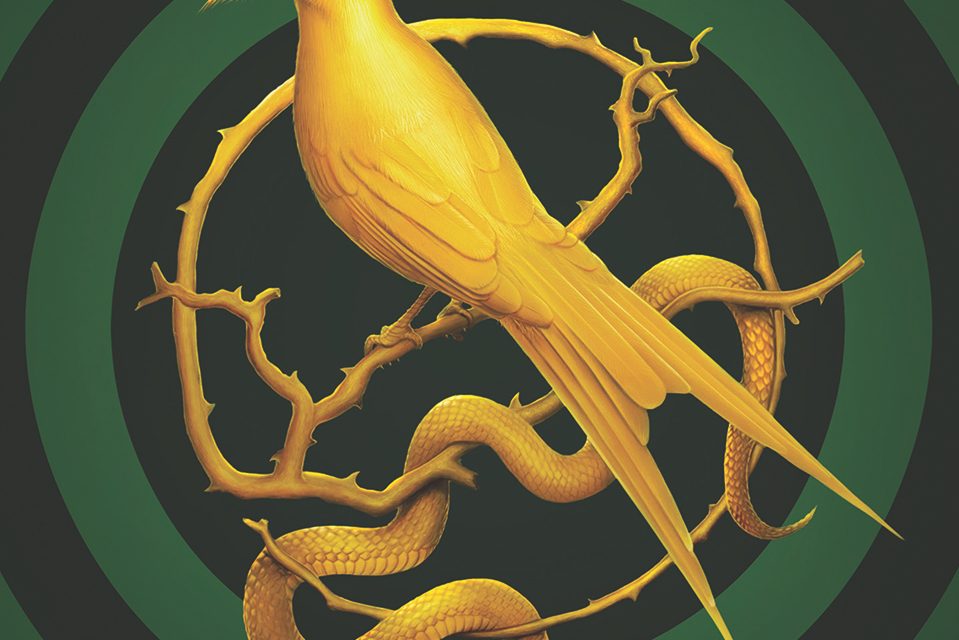 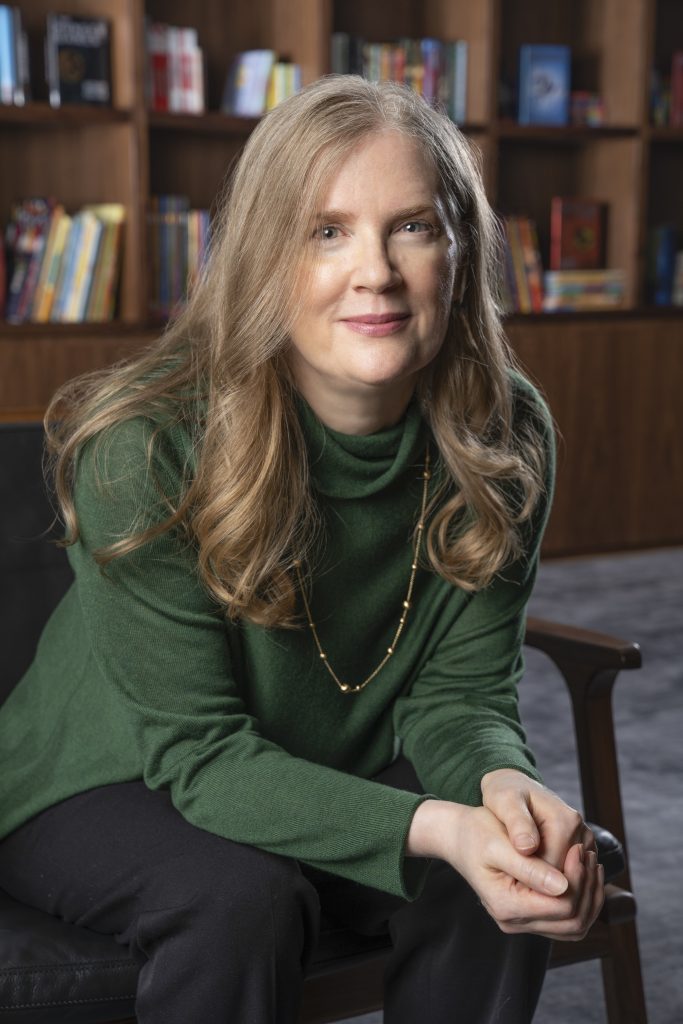 Suzanne Collins, author of “The Hunger Games.”/Courtesy of Scholastic

After “The Hunger Games” films concluded in 2015, fans assumed the world of “Hunger Games” was complete, until a summer 2019 announcement by author Suzanne Collins revealed there would be a prequel novel situated in fictional Panem.

There was a lot of speculation around what the book would be about, and many were unpleased when it was later announced that the book would follow a young Coriolanus Snow, the evil president ruling Panem in the trilogy people know and love. Fans did not want a novel that made him seem like a good person or excused any of his later terrible actions. Rather than showing sympathy for Coriolanus, Collins gives fans a look into his twisted thoughts and his dark foundation in “The Ballad of Songbirds and Snakes.”

The novel was released on May 19, 2020 to mixed reviews. “Songbirds and Snakes” is set 10 years after the war between the districts and the Capitol, highlighting the horrors many had to endure on both sides as the power struggle wreaked havoc. The novel is told in the third person, limited to Coriolanus’ thoughts, as opposed to the first-person narrative of the original trilogy. It was an interesting change up because, with Katniss Everdeen, we’re in her head during the games, while with Coriolanus, we remain outsiders. The novel illuminates the origins of the Hunger Games, including the basic structure of the games and the foundations of Capitol involvement we recognize from the main trilogy.

Capitol-born Coriolanus is assigned to mentor Lucy Gray Baird, a singer from District 12. Coriolanus is a poor student and needs Lucy to win the Hunger Games to pay for “University,” where he can go to further his studies and rise in social rank, making his struggle to help her succeed the central focus of the first two-thirds of the book. While it was fascinating to see the inception of the Hunger Games, the novel also brings up moral questions that must be asked when creating something so gruesome. As opposed to the original fast-paced trilogy, “Songbirds and Snakes” is more of an in-depth character study as Coriolanus grows more aware of his place in the Capitol. He displays the ability to do both good and bad, but ultimately is extremely selfish in the way he perceives situations, focusing solely on the benefits of his actions. This crafts him into the villain we know and hate today.

The Hunger Games displayed in this book are nothing like the ones from the original trilogy. They lack the glitz and glam the Capitol later adds with its costumes, over the top commentary and monetary prizes, but they are still being modified to see what works. The Capitol citizens don’t care to watch the original Hunger Games because they are too gruesome and simply feature a bunch of starving tributes being thrown into a colosseum. Many new ideas are tested to see how they would influence the appeal of the games. The 10th Hunger Games endeavors to include mentors to guide the tributes (though they are from the Capitol rather than winners of each district) and the audience betting on the winner. As the citizens are tested, they become more involved and interested in the games than before.

The secondary characters cast an interesting look into the post-war Capitol with their differing opinions. Sejanus, Coriolanus’ fake “friend,” is originally from District 2 but moves to the Capitol to be with his rich father. He acts as a foil for Coriolanus because he rejects many of the values of the Capitol and makes Corionalus think about his actions. Lucy is also an interesting protagonist opposite Coriolanus as she is the tribute forced to fight in the Hunger Games. She is unafraid to oppose the status quo and her quick wit draws the audience in. Her relationship with Coriolanus made me uncomfortable, though, as his possessiveness and need for control shine through in their relationship. Both Sejanus and Lucy give the audience someone to root for over Coriolanus. 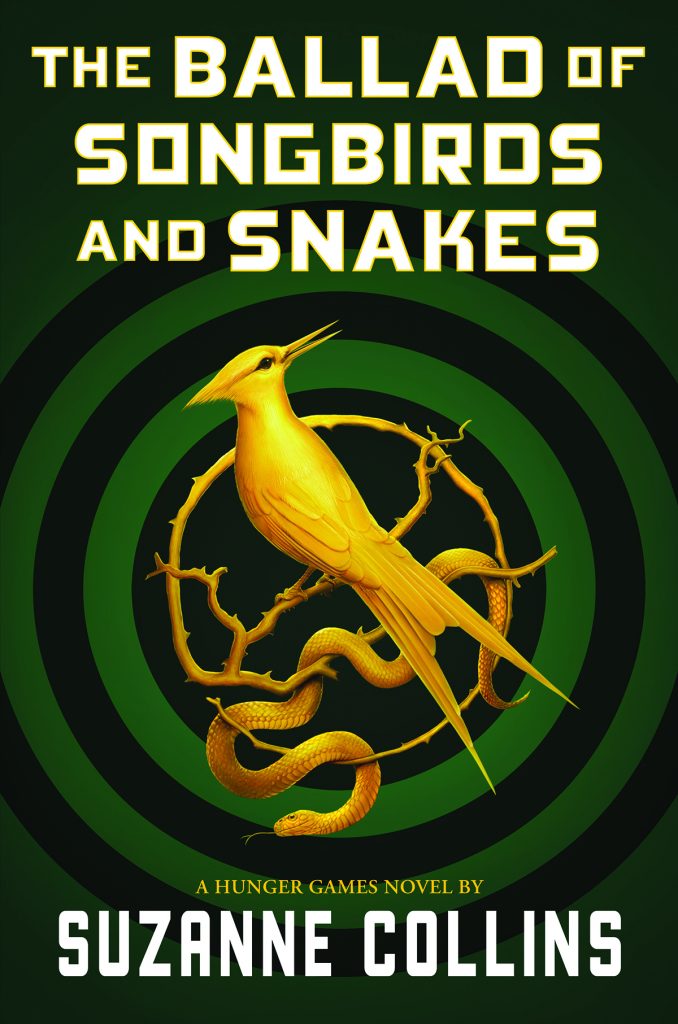 The cover of the new prequel Panem novel./Courtesy of Scholastic

Collins’ writing experience and knowledge on crafting a compelling story pays off in “The Ballad of Songbirds and Snakes.” Prequels about characters from an established series, especially villains, are difficult to write because the audience already knows the ending. While I knew where Coriolanus was headed, the journey is what really matters in this book. His mental journey, as he figures out his opinions about control and chaos, are captivating and kept me wanting more. The novel provokes thought about the novel’s place in relation to the trilogy and begets wonders about Coriolanus’ thought process during many future scenes.

The story hints at instances from the original trilogy and how they interweave with Coriolanus’ life. At times these links are artful, but at others so obvious Collins is basically hitting the audience over the head with them. The pacing of “The Ballad of Songbirds and Snakes” failed to impress me because of its unevenness. There was also an excessive number of songs used throughout the book.

The end leaves the audience with many unanswered questions about Coriolanus and his rise to power. It also opens up a number of questions about different characters and their connection to those we know and love. I do not believe this is the end of Coriolanus’ story and I can imagine another book following. Personally, I would love to read more about his rise to power using poison in more detail with the politics of the Capitol in full display.

Fans of the original trilogy who want to explore the world of Panem would enjoy picking this book up. “The Ballad of Songbirds and Snakes” provides a new angle into the creation of the Hunger Games and hints of their evolution over time.