That’s Not the Point: ‘Whataboutism’ in Response to Racial Inequality

Cambridge Dictionary defines whataboutism as “The practice of answering a criticism or difficult question by attacking someone with a similar criticism or question directed at them, typically starting with the words, ‘What about?’”

I want to make clear that I am a white, Jewish man from New York who has had a very privileged upbringing. It is impossible for me to understand the pain and injustice felt by the Black community. It would be wrong of me to think I could ever completely understand. But I can practice sincere allyship; it’s the bare minimum one can do.

In the wake of George Floyd, Breonna Taylor and Ahmaud Arbery’s deaths, our nation has cried out for change. Yes, this cry has unfortunately been repeated multiple times over the past decades and centuries, prompted by the deaths of Trayvon Martin, Eric Garner, Philando Castile, Michael Brown, Tamir Rice, Freddie Gray and countless others. Each time, that outcry was loud and large, but each time, the status quo persisted. This time, however, it feels different — as though our nation will no longer tolerate these racial injustices. This is about Black lives. Don’t try to change the subject.

As the words “Black Lives Matter” inundate social media and are bellowed from the mouths of protesters, many non-Black opponents criticize the words as exclusionary, in turn yelling, “All Lives Matter” and “Blue Lives Matter.”

“What about all lives? Or blue lives?” That’s not the point.

Stating that “Black Lives Matter” does not mean that only Black lives matter. It means that Black lives have higher value than that which the system currently assigns them. In order for all lives to truly matter, all lives must be valued equally and each loss of life must be valued equally. The point is that if I had been in Floyd’s place, I would still be alive. If his death was not captured on video, he would have just been another statistic.

“What about good cops?” That’s not the point.

Drowning out the existence of bad cops by touting good cops ignores the systemic problems and discounts calls for reform as unnecessary. People are responsible for their actions and must be held accountable for them, especially those who collectively uphold this nation’s laws. Stubbornly saying that it’s just a few bad eggs is an attempt to exempt cops from this accountability. That erasure allows brutality and corruption to take root, further engendering complacency. Failing to call out racial profiling, ignoring excessive force and allowing a superiority complex among cops is to be complicit. Those who stand by and ignore these acts are part of the problem.

Reforms to police accountability that would serve as major stepping stones in addressing this systemic problem include discontinuing qualified immunity (a legal doctrine that shields government officials, such as police officers, “from liability for civil damages insofar as their conduct does not violate clearly established statutory or constitutional rights of which a reasonable person would have known,” established in Harlow v. Fitzgerald 457 US 815-19), allowing citizens to view officers’ records of complaints and conduct and further expansion of body cameras. Policing should be humane; the response should not outweigh the action, and that should apply equally to all. This type of unchecked, excessive response enabled Floyd to die on account of an allegedly counterfeit $20 bill.

“What about the riots?” Some in media have used isolated instances of looting and rioting as a reason to negate the protests, with some claiming that these videos are “not America.” But again, that’s not the point.

Peaceful protests have occurred en masse throughout the nation. Yet, they have been met with riot shields, tear gas, rubber bullets and the front bumpers of NYPD vehicles. In the past, peaceful protests have unfortunately been ignored. Colin Kaepernick took a knee to protest police brutality but was criticized as disrespecting the flag and troops. LeBron James and Kevin Durant were told to “shut up and dribble” when they spoke out about racial injustices. These critics display a double-standard exists by ridiculing these peaceful forms of protests while lauding other threatening actions led by white people. If Black Americans on the largest stages are criticized for peacefully speaking out, it’s not unfathomable to wonder why many are frustrated that their voices aren’t being heard and thus engage in other forms of protest.

And let’s be clear: protesting injustice is not protesting the ideals America stands for. Protesters who are angry at the American system are not attacking America; it’s the opposite. A protest is a physical representation of caring about the future of America and all Americans’ well-being. It’s crying out for an improved nation.

Condemning riots while ignoring not police violence criminalizes the Black Lives Movement. To value property and paint damage above Black lives does not suggest that all lives matter. To claim indignation and then ignore systemic violence instigated by police officers, such as unprovoked physical attacks or the rubber bullets fired at reporters, is hypocritical. Yes, some people have engaged in violence. But generalizing largely peaceful protests on an unrepresentative sample has led to an inappropriate response where peaceful protesters have been met by riot squads, the National Guard, the military and helicopters. These protests began in response to this type of police brutality. Just as you don’t want all cops to be generalized as bad, don’t stereotype all protesters as violent to discredit their voices. The difference is one is defending a system as “adequate,” while the other fights to better the system for all.

These types of statements make the situation about you. It’s not. Saying so hijacks the voices of Black individuals and furthers ignorance. It depicts their argument for justice as illegitimate and unnecessary. It exhibits a lack of empathy and implies you are unwilling to be an ally. That’s when you fail to realize the point is about racism, and whataboutism ignores that.

When injustice and pain occur in our nation, the famous remark is that “this isn’t America” — but it is. This has always been our history, but it’s been white-washed and swept under the rug. No, this is not the America we want. Instead, we must collectively stand up and say, “This should not be America.”

As our generation gradually assumes positions of authority, we must constantly ask ourselves who we want to be as a nation and commit to listening to Black voices. As time goes on, the fight does not end. Change doesn’t occur without a prolonged, catalytic call from the masses.

Correction (6/8/20 at 10:59 p.m.): A previous version of this article stated that qualified immunity is a law that shields police from criminal charges when acting in their official capacity. In fact, it is a legal doctrine created by the Supreme Court that immunizes government actors from some civil suits. 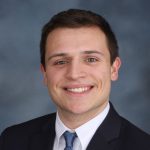 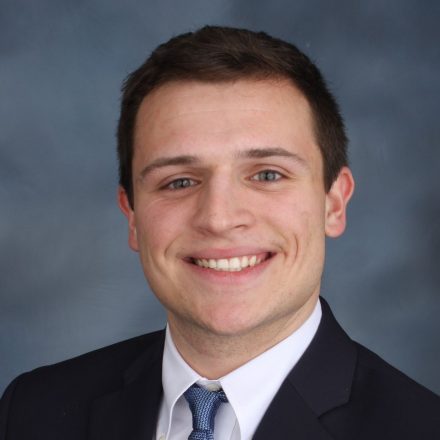 Discrimination toward Asian Americans has not disappeared