This Thanksgiving, the Wheel is thankful for the Master of Business Administration’s (MBA) BusinessWeek ranking of No. 1 in job placement.

While the program ranked No. 22 overall in the rankings – and though administrators have stressed that the school’s education, not the ranking, is what truly counts – we feel that the fact that the MBA Program received this top ranking and rose six spots in job placement speaks volumes of the program and the improvements it has undertaken.

This change also follows the Bachelor of Business Administration (BBA) program being consistently ranked in the top five by the news organization, another sign of the B-School’s success.

The No. 1 ranking in job placement is the result of a new admissions process and alterations to the courses the MBA program offers.

For example, the program now requires all prospective students to undergo an interview process.

In addition to this, the program revised its academic curriculum around four years ago, where first-year students complete all required courses within their first semester of the program, leaving space to enroll in electives during their spring semester. A new professional development class and Management Practice academic track exposes students to real-world business issues.

We commend the MBA program for taking drastic action to foster these improvements. Ninety-one percent of MBA graduates from the class of 2012 had jobs by graduation, and 98 percent received job offers after three months. These numbers speak for themselves.

While we understand that many of the changes the MBA program has undergone in the past few years were specifically related to the program’s business-oriented curriculum, we hope that other University schools and programs are committed to the same kind of self-evaluation.

While rankings might not necessarily speak of the quality of a program’s education, a No. 1 ranking is noteworthy.

While we should be careful about how much emphasis and value we put on rankings – whether from BusinessWeek, U.S. News and World Report, and so on –, the success of Emory’s MBA is reflected both in the ranking itself as well as the program’s recent improvements. 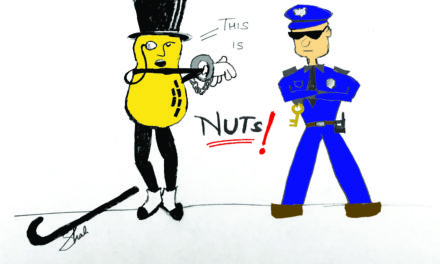 Bring Back the Peanuts!

Our Opinion: Do College Rankings Matter?