Emory recently ranked No. 10 on a list of the top 20 medium-sized colleges and universities contributing alumni to Teach For America (TFA), an AmeriCorps program that works toward closing the achievement gap by recruiting and training recent college graduates, primarily from elite institutions, to teach in low-income communities for two years. Emory has been ranked on this list every year since it was first published seven years ago.

While the Wheel recognizes the urgency of addressing educational inequality in the United States, supports TFA’s attention to the problem and is glad to see Emory graduates engaging with communities in need, we also acknowledge the validity of many common criticisms against TFA. For example, we question whether Institute, TFA’s intense five-week summer training program, can effectively prepare rookie teachers to teach in high need schools.

Additionally, because Corps members only commit to teach for two years, they often stop teaching as soon as they begin to mature as educators. It takes time for teachers to develop the relationships with students and co-workers that are necessary to positively impact the communities they serve. We doubt that the constant coming and going of teachers is beneficial in the long term to these communities.

In addition to potentially taking teaching positions from veteran teachers, we see TFA as unintentionally belittling the work of professional educators by implying that anyone can teach by virtue of having attended an elite college or university. Furthermore, many prospective applicants perceive TFA as a back-up plan or “break” before pre-professional or graduate school.

However, we acknowledge that TFA does not necessarily see its mission as creating life-long educators, but instead seeks to build a movement of professionals in a number of fields committed to closing the achievement gap. TFA’s constant teacher turnover, therefore, is not necessarily a failure on their part to accomplish their goals. Nevertheless, we question whether their mission is best for our education system.

We also recognize that Corps members are required to meet state certification requirements, and many have the option of completing a master’s degree by the end of their teaching commitment. We see state certification requirements as enforcing a standard among TFA teachers, and we believe the opportunities for earning a master’s degree will attract more Corps members who are interested in careers in education.

While the benefits and shortcomings of TFA are often debated in the media, it seems that TFA is here to stay and will continue to heavily recruit Emory students. For a school that consistently contributes significant numbers of students to TFA, we feel that Emory does not have enough resources for students to gain experience in education. In light of the announcement of the termination of the Educational Studies department in 2012 and the ending of the Jumpstart program last spring, Emory has significantly limited opportunities in recent years for its students to learn and work in education.

By allowing TFA to recruit on campus without providing students avenues to gain educational experience, Emory is sending its students inconsistent, mixed messages. Instead, we would like to see more volunteer opportunities in education that provide volunteers with significant training and consistent contact with the communities they serve, both of which are especially crucial when working in education. We feel that Jumpstart previously served this purpose, and its termination is a loss for Emory.

We see a parallel between the end of Jumpstart at Emory and some of the flaws with TFA. While Jumpstart Corps members each spent 200 to 300 hours in a preschool classroom over the course of a year (adding up to almost 15,000 hours), Emory ended the program due to a low number of students involved (about 50). In our opinion, this explanation fails to take into account the impact Jumpstart had in the communities it served.

Similarly, we see many students pursuing TFA in order to advance their professional careers in fields outside of education by using the program to enhance their resume. Once again, this attitude towards service puts the interests of the applicant above that of their students. We strongly encourage prospective Corps members to think seriously about their reasons for applying. If they do not have their potential students’ best interests in mind, they should not apply to TFA.

That being said, good intentions still may not be enough. Without adequate skill, preparation and determination, the most well-intentioned Corps member can still do harm in the classroom. We cannot emphasize enough the profound impact, for better or for worse, a teacher can have on their students. ​

With two deadlines already passed and three more to come before the end of January, many Emory students have already applied or are preparing to apply to TFA. We encourage prospective Corps members to reflect honestly on their ability to teach effectively in addition to taking their strengths and weaknesses into account when indicating subject and location preferences. We also advise students to think twice about pursuing TFA if they cannot see education as a part of their future in some way.

The above staff editorial represents the majority opinion of the editorial board of the Wheel. 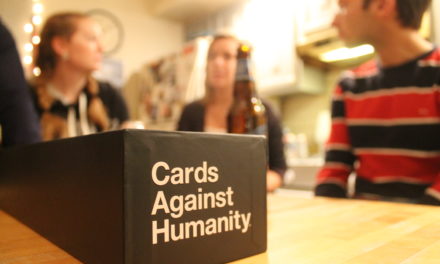 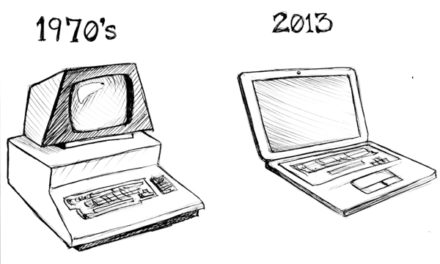 The Ever-Changing Nature of Communication