Tennis Team to Compete in Triple-Header Next Weekend 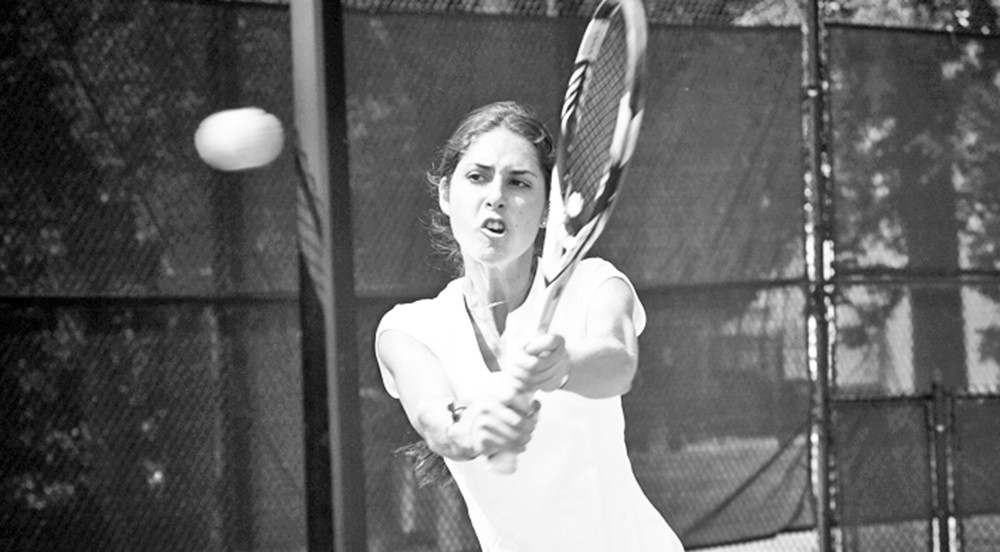 Junior Madison Gordon returns the ball. Gordon and the Eagles won their first competition of the season this past Saturday. Their record now stands at 1-1 on the season. | Courtesy of Emory Athletics

This past Saturday, Feb. 14, the NCAA Division III number one ranked Emory women’s tennis team picked up the first win of the season at Brenau University in Gainesville (Ga.).

The Eagles were coming off a loss against the Division I University of Tennessee at Chattanooga. After winning against the Golden Tigers, a part of the National Association of Intercollegiate Athletics (NAIA)

“There is a big difference between the teams,” sophomore Katarina Su said. “Chattanooga was a much stronger team. This weekend, I think we all played very well. It was very windy so we really had to adjust and move our feet more.”

Emory claimed wins in all three of the doubles matches. The duos of freshman Anna Fuhr and sophomore Katarina Su, sophomore Melissa Goodman and junior Beatrice Rosen and sophomore Michelle Satterfield and freshman Bridget Harding each won their respective matches.

For the singles matches, the Eagles claimed five out of six matches.

“Winning both matches, for me, was definitely a confidence booster,” Su said. “Going into this weekend, us returners know what to expect, but for the freshmen, it’s a lot to handle.”

The freshmen will be looking to the upperclassmen for support during the triple-header, according to Su.

“Our upperclassmen are giving the freshmen advice and explaining what to expect based on last year’s triple-header; we split up the lineups so everyone plays, and we’ve been doing a lot of conditioning and practicing to prepare.”

The Eagles will return to action next Sunday, Feb. 22, with a triple-header against Millsaps College (Miss.), Agnes Scott College (Ga.) and Oglethorpe University (Ga.).​

Eagles Knock Off No. 3 Middlebury in a Battle of Top 5 Teams 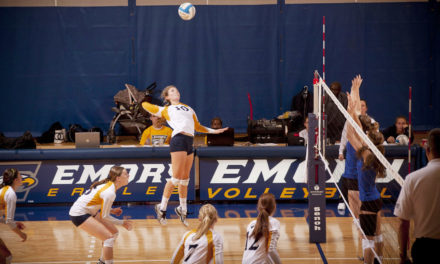