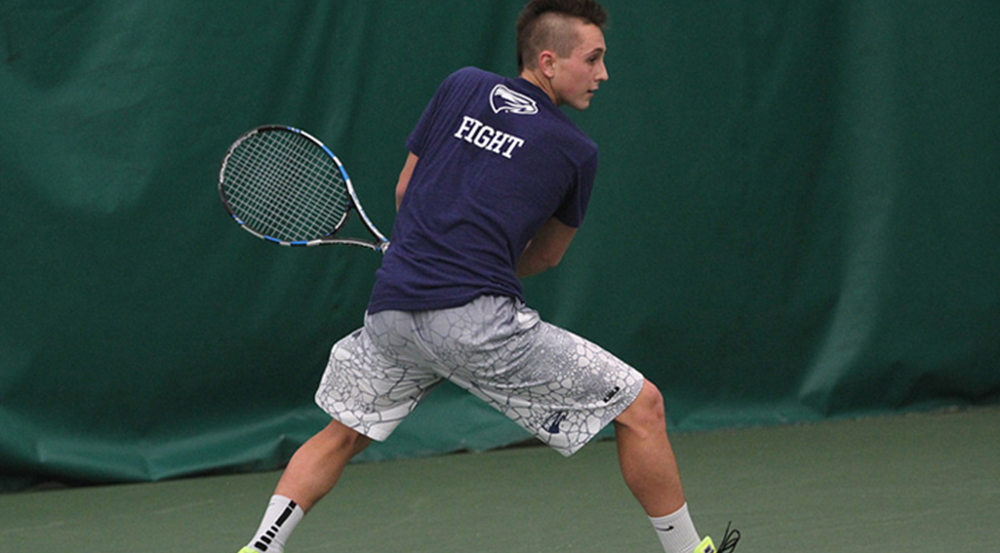 The  Emory men’s tennis team earned a solid two wins over the weekend, defeating the Kalamazoo College (Mich.) Hornets and the Rhodes College (Tenn.) Lynxs winning 9-0 in both matches without dropping a single set. These two wins bring the Eagles’ record to 8-4.

“Everybody played well,” Head Coach John Browning said. “If you’re not focused these type of matches against less competitive teams can get a little sloppy.”

The second match against Rhodes continued on the same pace with the Eagles dropping even fewer games and once again defeating the team 9-0. Ruderman played first singles once again winning a decisive 6-1, 6-2 against junior Elliot Blatt. Eric Helpern played second singles winning 6-0, 6-2 against junior Greyson Brilliant.

“It’s nice to play these types of matches,” Ruderman said. “We are focusing on the big tournaments end of the year tournaments, the UAA tournament and the National Championships and we don’t need to tire ourselves out.”

Coach Browning shared a similar sentiment about the rest of the season.

“We’ve had a lot of tough matches,” Browning said. “We want to focus on training over the next few weeks which means taking it a little easier when it comes to matches.”

The Eagles will continue their season against the Ogelthorpe University (Ga.) Petrels on Thursday, March 26 at 2 p.m. at the Woodruff Physical Education Center (WoodPEC).​