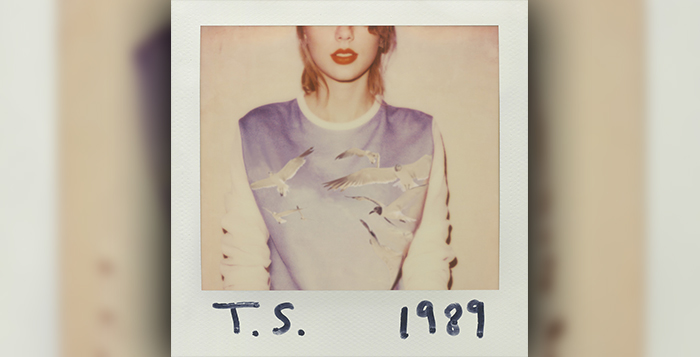 Taylor Swift’s 1989 is an unparalleled powerhouse.

The official numbers will not be released until Nov. 5, but Billboard reports that current projections of over 1.3 million copies sold have her surpassing Britney Spears’ Oops!… I Did It Again for most album sales by a female artist.

In fact, with these numbers, it is set to earn the largest sales of any album since The Eminem Show in 2002.

This will be Swift’s third album to go platinum in its first week, a feat not achieved by any other musical act – ever.

The numbers are not even in, and yet, there is no disputing the outrageous success of 1989. Swift opens her fifth studio album with the energetic “Welcome to New York,” wasting no time in presenting her latest endeavor as a product not only of her physical move but also her musical move from Nashville to New York City.

For those who have followed Swift since the days of her 2006 self-titled debut album, this change may appear as a final severing of her country roots.

However, those who love Swift for everything she is known for and great at – catchy hooks (“Out of the Woods”), emotionally charged lyrics (“Style”) and carefree, danceable tracks (“Shake It Off”) will not be disappointed with 1989.

This album is composed not of 13 lovesick tracks but 13 unapologetic anthems.

We are accustomed to a Taylor who writes songs meant for her lovers to feel ashamed of the things they have done, but with lyrics such as those found in “Blank Space,” Swift takes the opposite approach. “Got a long list of ex-lovers / They’ll tell you I’m insane / ‘Cause you know I love the players / And you love the game” is an example of Swift acknowledging her reputation as a serial dater and being open to a fleeting concept of love in contrast to the all-in, eternal kind of love heard in her earlier albums.

Actually, there isn’t a single track in which Swift’s heart is irrevocably broken.

The closest she comes to this heartbreak is “All You Had to Do Was Stay,” which still takes a more matter-of-fact attitude toward a boy who left, wanted to come back and was just too late to be with her again.

Those who have heard the album have already noticed several of Swift’s songs emulating the styles of her pop contemporaries.

“Wildest Dreams” sounds similar to the heavy, dreamlike melodies of Lana Del Rey and the intro to “I Know Places” is reminiscent of the upbeat, haunting repetitions of Rihanna.

Swift does not walk into the pop genre blind. She has been dabbling in pop for a while, and when she finally brands an album as pop, she makes sure it fits in with other pop artists while she still incorporates her own unique stamp of simple, breathy lyrics and dramatic sound.

The album has a lot going on in nearly every track and at times it feels overproduced, leaving the listener wistful for the subtler Red tracks, “Everything Has Changed” and “Begin Again.”

There is very little subtlety in 1989 – Swift instead takes on the go-big-or-go-home approach, cementing her album as 100 percent pop.

There are moments in which listeners get a glimpse of an earlier Swift, as in “How You Get the Girl” and “Clean,” but these are almost a tease and can easily leave us longing for the Nashville influences that have been present in previous albums.

However, this is a Swift that fans should not love any less, as this is some of her best, most polished work.

If given the chance, 1989 will provide depth to Swift’s newfound musical maturity, expand on her style (“I Wish You Would” feels very 90s-turned-2014) and further establish her as an undeniably great songwriter.

It’s absolutely worth an hour of your time even if for no other reason than to witness Swift’s continued evolution as an artist.