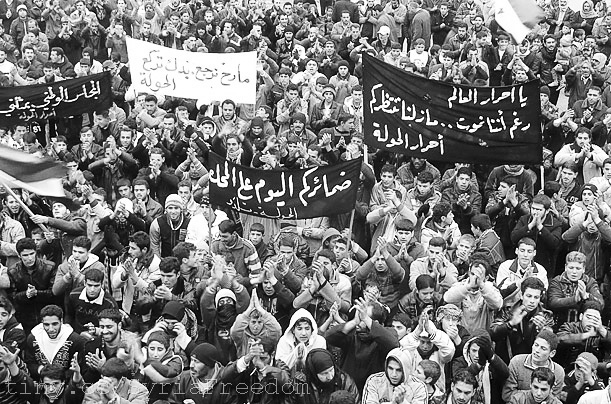 On Saturday, President Barack Obama announced that he would soon be seeking congressional approval for a military strike in Syria.

This decision was made in response to intelligence discoveries revealing that President Bashar al-Assad’s regime, which has been waging a long and bloody civil war against both secular and Islamist rebel factions, used chemical weapons.

“This attack is an assault on human dignity. It also presents a serious danger to our national security. It risks making a mockery of the global prohibition on the use of chemical weapons. It endangers our friends and our partners along Syria’s borders … It could lead to escalating use of chemical weapons, or their proliferation to terrorist groups who would do our people harm. In a world with many dangers, this menace must be confronted.”

The discovery that Assad used chemical weapons came as a surprise to some, but not to others. The Assad regime had been struggling to hold ground against the rebel factions for some time and both Assad and his father before him had shown no qualms with using excessive, brutal force to maintain control over the country.

But now that brutality has reached its apex by crossing the “red line” that President Obama set last year as the violence continued to spiral out of control. The President, consequently, has been forced to put his money where his mouth is. Not only does America’s reputation abroad as an arbiter of justice (which has already been weakened enough over the past five years) depend on what will happen over the coming months, but President Obama’s political image abroad also depends on it.

Unfortunately, there is no clear path to justice in Syria. The conflict has spiraled out of control: not only has the Assad regime brutalized its own citizens in addition to its enemies, but the rebel factions have split along sectarian lines. Secular rebel factions have been muscled out in many areas by hard-line Islamist forces who have often engaged in their own acts of barbarism.

One horrific video that circulated the internet earlier this summer showed one such Islamist fighter cutting out and eating an enemy soldier’s heart.

No matter who wins, the end result will be fraught with some level of abuse or injustice. So what is America (read: President Obama) to do here?

According to White House reports, President Obama had originally planned to unilaterally strike the Assad regime and was already positioning assets in the region to do so. However, he had a last minute change of heart and instead chose to seek Congressional approval.

This seems entirely out of character for our Commander-in-Chief, who had unilaterally authorized military actions in Libya against the late Muammar al-Gaddafi’s former regime. The President also unilaterally committed a limited number of troops to southern Africa in 2011 to train fighters in the ongoing struggle against Joseph Kony and the Lord’s Resistance Army. So why is this case suddenly so different that it demands greater prudence?

As syndicated columnist Charles Krauthammer recently commented, taking a more cynical perspective makes President Obama look like a leader who “boxed himself into a corner and is looking for a way out.” Indeed, President Obama does have more political capital on the line this time than he did before in Libya by firmly affixing himself to a “red line” point that demanded action. Seeking action through the United Nations seems unlikely to gain traction, as Russia (who is still a major ally of Assad’s government in Syria and is arming his regime) is likely to veto any proposal voted on by the UN Security Council.

This means that, as it has been so many times in the past, America is left to decide for itself how best to respond to the crisis in Syria. Thus, the President finds himself in a catch-22.

Letting the red line be crossed without reprisal makes him look weak as a leader, but actually following through militarily carries a high risk of committing America to yet another protracted conflict in the Middle East – one which 53 percent of Americans disapprove of entering into, according to a recent Reuters poll.

I propose he enter Congress. By seeking congressional approval prior to engaging, the President has a convenient scapegoat to use if something goes wrong.

Should Congress vote down military action, and conditions in Syria worsen, President Obama can spread some of the blame onto Congress for not approving the strike.

If Congress approves action, and the strike either doesn’t work or manages to make things worse anyway, President Obama can share the blame with Congress for approving the strike.

Part of me really dislikes thinking that any President of the United States would make such calloused political calculations. However, I have yet to see another possible explanation for this nonsensical pattern of behavior.

President Obama would see this as a domestic political win-win, as he can reap the potential benefits of success while having the option of mitigating the fallout if the operation should fail.

What this President doesn’t realize is that this strategy is still a lose-lose as it negatively affects everyone. President Obama still comes off as weak internationally and congress comes off as the President’s whipping boy. America’s reputation abroad gets chipped away a little more.

And in some hospital in Syria, someone else is still going to die.

Nobody can win in Syria anymore. From this point on, it’s all a question of how badly we all lose.

David Giffin is an Alumnus of the Masters program in Theological Studies at the Candler School of Theology and is currently attending law school at Wake Forest University. He is from Charleston, Ill. 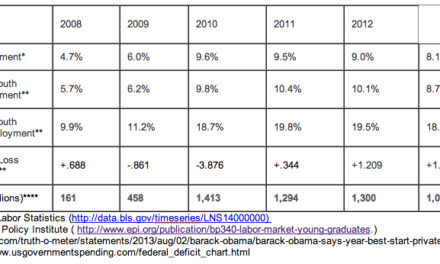 The Debt Ceiling and Students 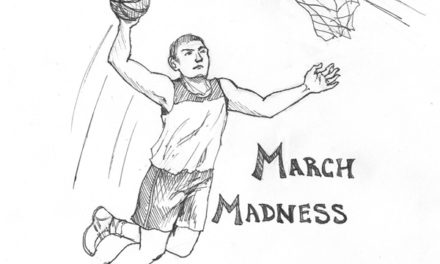 The Beauty of College Basketball

It’s All Going To Be Okay