As the number of refugees worldwide climbs to record highs and the partisan divide in the U.S. over accepting refugees grows, one Emory professor has taken matters into her own hands. Quratulain Syed, assistant professor at the Emory School of Medicine, traveled to Amman, Jordan, on Oct. 5 to provide medical relief to Syrian refugees. 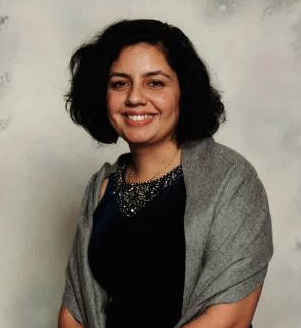 Syed went to Jordan as part of a one-week relief mission organized by the Islamic Medical Association of North America (IMANA), which has treated 2.5 million people across 27 countries since its founding in 1967. The Jordan team consisted of five physicians, five allied health professionals and three medical students.

In Jordan, the team split their work between two locations, spending four days treating refugees in community centers in Amman and one day shuttling between two refugee camps in the desert near the Syrian city Daraa, where violence had forced refugees to flee.

The refugees whom Syed encountered at the camp had no money and relied entirely on the medical mission as their source of health care. Jordan’s health care system requires immediate payment for almost all treatments, Syed said, and the lack of medical resources in Jordan meant that she sometimes had to act as “primary care doctor, cardiologist and emergency medicine doctor.”

The illnesses Syed treated in Jordan were often similar to the chronic diseases she sees in the U.S.; however, the refugee population in Jordan, consisting of Palestinians, Iraqis and Syrians, posed several difficult health care challenges, some due to the time of year — most notably the flu and various respiratory viruses. Additionally, Iraqi refugees often carried injuries, including burns and ear membrane perforations caused by bomb blasts, which Syed never before needed to treat.

Syed’s trip to Jordan is the latest in a string of similar relief missions that she has been going on since her time at Case Western Reserve University School of Medicine (Ohio). After finishing medical school at the Dow University of Health Sciences Medical College in Pakistan, Syed completed a residency at the Mount Sinai School of Medicine in New York and a fellowship in geriatric medicine at Loyola University Chicago. From there, she moved to Cleveland’s Case Western Reserve University School of Medicine, where she had her first experience with international medical relief. She traveled twice with Case Western Reserve to the Cuzco Valley of Peru, where she worked to improve public health by advising patients on healthy eating and diagnosing and providing care for conditions, including diabetes and high blood pressure, that are treatable with limited resources.

Initially, Syed joined the Case Western Reserve missions out of curiosity. Before then, she had only worked in Pakistan with non-government organizations as part of her training.

“I went to [Peru] … mostly just to see how a medical mission runs,” Syed said. “I had never previously done any international medical missions … So that was the motivation to go to Peru — it was just interesting.”

When asked about her reasons for going to Jordan, Syed said she enjoys help refugees in need, adding that she was motivated by the extraordinary, selfless people whom she had met on previous trips.

The camps in the desert near Daraa were set up by refugees, without help from international agencies. Though Syed described the conditions as “subhuman,” she managed to find glimpses of hope amid the suffering.

“In both of the settlements, when we went, there would be kids there jumping up and down and singing songs for you,” Syed said. “And people would be cheerful and happy that there [were] these doctors from America who [were] coming over to treat them.”

Before Daraa, Syed traveled to a refugee camp in Thessaloniki, Greece, with the Syrian-American Medical Society in 2016. At the time, the Syrian refugee crisis was getting worse by the day. Stricken by the images and stories of Syrian refugees dying at sea or arriving on shore in terrible conditions, Syed and her colleagues felt compelled to help. At the camp in Greece, which had been repurposed from an abandoned factory, Syed’s team worked at a clinic that opened for a few hours each day.

There, Syed noticed that refugees were unable to let go of the trauma that followed them throughout their escape from home.

“There … was a woman who had [watched] her husband murdered in front of her in Syria,” Syed said. “Women and children whose [husbands had] gone to Germany to seek asylum [left] the family … in refugee camps for over a year.”

Mental health problems like post-traumatic stress disorder (PTSD) impacted physical health in the camps, and the scarcity of trained psychiatrists in the camps only exacerbated the issues, Syed said. In both Greece and Jordan, Syed felt that often patients would come into the clinic just to have someone to help them process the upheavals they had experienced.

Among the most taxing aspects of the mission in Thessaloniki was the lack of available resources, which prevented physicians from treating many non-emergency issues.

“It was just overall just depressing having to say those things, like, ‘I’m sorry, you have cataracts,’ or, ‘You have glaucoma, but you can’t get a surgery here,’” Syed said. “Those types of things were a little traumatic.”

Despite the difficulties during the mission, Syed said she found motivation through people with whom she worked. Among her colleagues was a nurse and paramedic couple who spent six months at Thessaloniki with the mission team without any pay.

“My dad used to say that [those are] the type of people that, when you see them … [make you think], ‘This is why the world is still [here],’” Syed said.

Syed’s trips earned praise from her former colleague, Associate Professor at the Cleveland Clinic Lerner College of Medicine Barbara Messinger-Rapport, who expressed admiration for Syed’s willingness to sacrifice time with her family to provide care abroad. Messinger-Rapport added that Syed is extremely flexible as a physician.

“The logistics in setting up a mobile hospital or clinic in a refugee area are tremendous,” Messinger-Rapport wrote in an email to the Wheel. “The ability to assess resources and adapt a medical plan of care to existing — or lack of — resources is the best quality to have in a remote area. Syed’s flexibility and adaptability are the qualities that distinguish her from other experienced and otherwise qualified physicians.”

Correction(10/31/18 at 1:15 p.m.): This article has been updated to reflect that Quratulain Syed is an assistant professor at the Emory School of Medicine.