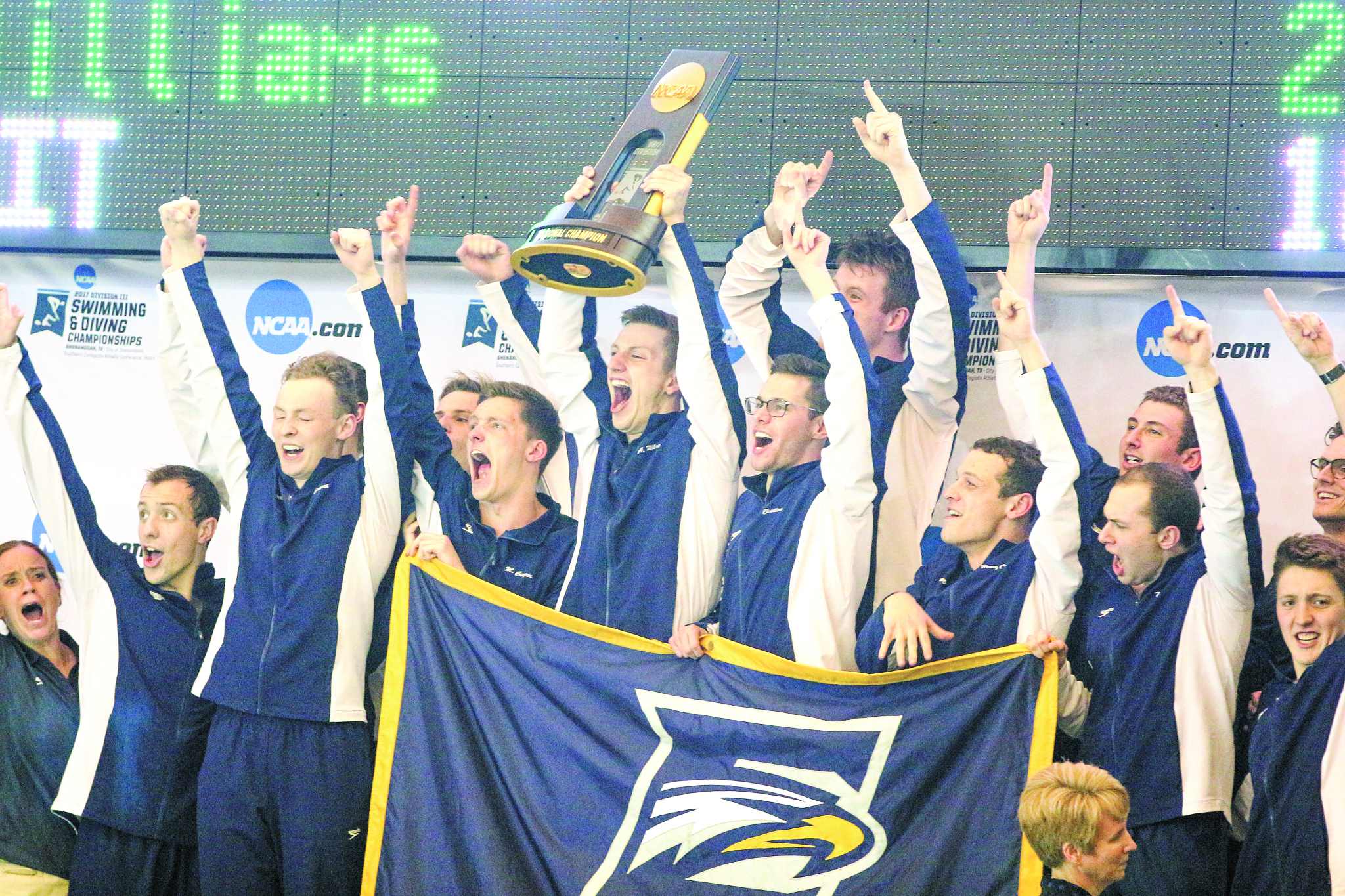 The men ended the four-day meet with 438 points. Second place went to Denison University (Ohio) with 384 and third to Kenyon College (Ohio) with 371. The women’s team blew out their competition with 645.5 points. Williams College (Mass.) took second with 445 and Kenyon third with 381.

On the women’s side, the Eagles broke four D-III records across the four days of competition. The first record was broken by 200-yard freestyle relay team of sophomores Fiona Muir and Meg Taylor, and seniors Marcela Sanchez-Aizcorbe and Marissa Bergh, who swam a time of 1:30.52. Sanchez-Aizcorbe and Muir later teamed up with junior Cindy Cheng and senior Annelise Kowalsky to win the 400-yard medley relay and set another D-III record of 3:39.57, beating Kenyon College’s old record by 0.56 seconds. The third D-III record was set by the 800-yard freestyle relay team composed of Muir, Bergh and juniors Cindy Cheng and Julia Wawer, closing out the event with a time of 7:14.98. The final D-III record went to Muir, Sanchez-Aizcorbe, Bergh and freshman Caroline Olson in the 400-yard freestyle relay, hitting the wall at 3:19.56. The women also earned 28 All-American finishes and 15 Honorable Mentions.

The men’s team has consistently placed No. 2 and No. 3 at Nationals for 13 consecutive seasons. This year marks the first time that a school other than Kenyon or Denison has won the title since 1979. The Eagles ended the weekend with eight event national titles, five D-III records, 16 All-American finishes and four Honorable Mentions.

“We put in the work,” Smith said. “This season, we really focused on developing a brotherhood and competing as a team, not just individuals. Also, [the team] had been talking about this win for a while. We knew it would be hard but we showed up with the mindset that we really could win and we saw the results.”

For the second time in his career, Wilson received the NCAA D-III Male Swimmer of the Year award.

“Having Andrew back was definitely a contributor to what we pulled off this weekend,” Smith said. “He’s a really influential motivator and powerful team leader.”

Head Coach Jon Howell was also honored with the Collegiate Swimmers Coaches Association of America Women’s and Men’s Swimming Coach of the Year. This marks the first time Howell received this award for the men’s team.

“I look at these awards as more of a reflection of the team than of myself,” Howell said. “I think we did what we always do which is focus on how we can get better and continue to work hard. The team did a good job at stepping up into leadership roles and bringing new ideas this season, which was a primary contributor to their success.”