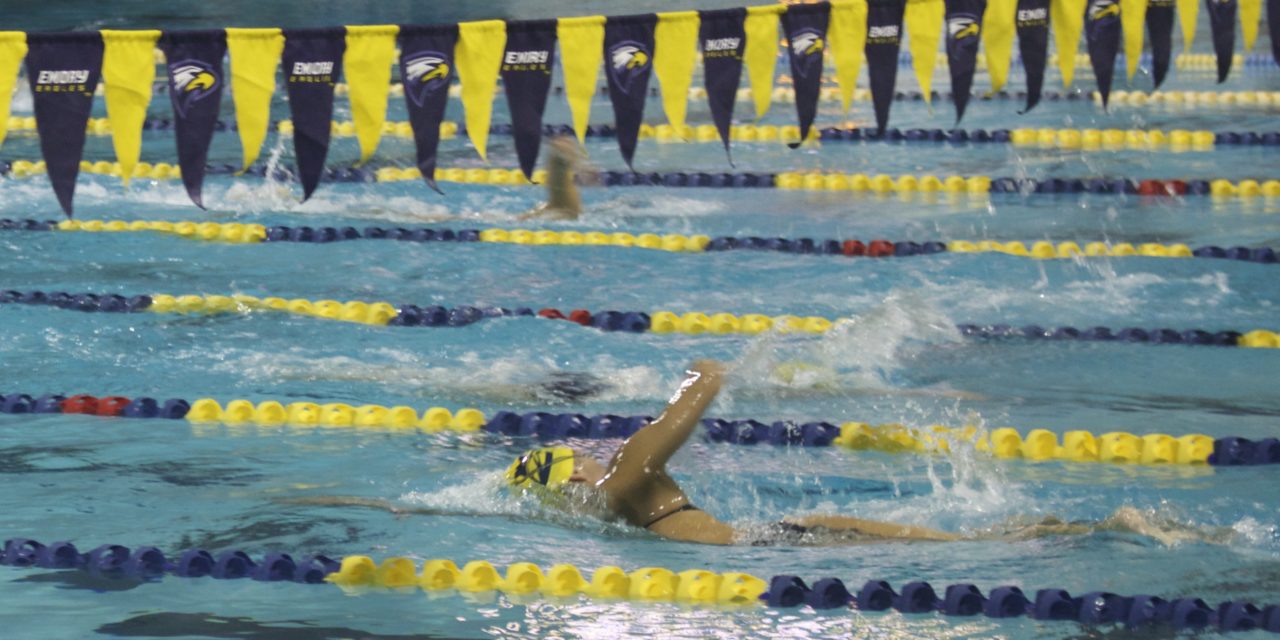 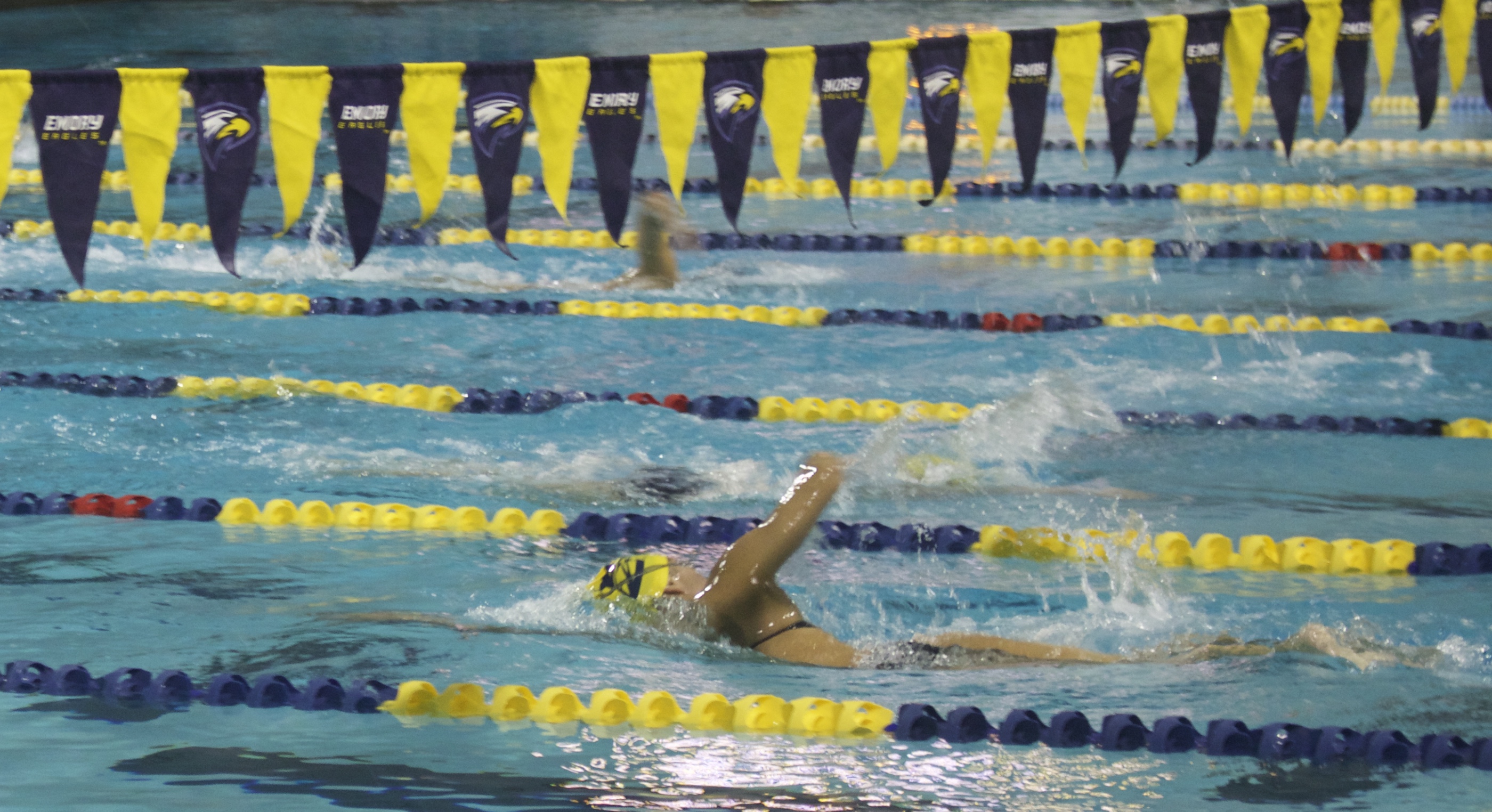 Emory swimming and diving acclimates to the rigor of a multi-session meet at the Emory Invitational Nov. 3 to 4. Alec Giufurta/Contributing

With an accumulated 757 points, Emory’s women’s team built a convincing lead, scoring nearly 200 points more than No. 2 Wingate University (N.C.). Out of 19 events over the course of two days, the women secured 13 first-place finishes.

Leading the way for the Eagles, senior Cindy Cheng raced in four individual events and three relays. Cheng blew past the competition in each of her individual events, collecting victories in the 500-yard freestyle, 200-yard backstroke, 100-yard backstroke and 2000-yard freestyle. Her success carried over to relays as well, where she notched another first-place finish.

“The biggest challenge for me was having to come back for another race, even though there was only 20 minutes between each one,” Cheng said. “But that was the point of the entire meet, to see how well we could manage multiple races at one time.”

Given that this is only their fifth meet of the season, Emory is building lactate tolerance for the multi-session meets further down the road.

“The objective was to get the team used to more of a championship format,” Howell said. “Having them do two sessions back-to-back and compete in several races in a short period of time teaches them how to recover and how to manage multiple races.”

Given the team’s success, Cheng said that Saturday’s performance set a solid foundation for the team to continue its success throughout the rest of the season.

“[This weekend] was a good indicator of where we are in midseason,” Cheng said. “Everyone had a great weekend, so the team is setting up to have success on national level.”

Emory’s men’s squad was also successful, amassing 664 points and nine first-place finishes out of a total 19 events. The Eagles topped No. 2 Wingate by 47 points.

Senior Oliver Smith and sophomore Trevor Burke tallied in as the top performers of the men’s team, each earning multiple first-place finishes. Burke received the top score in both the 3-meter and 1-meter dives with scores of 291.08 and 296.63, respectively.

Smith attributed his success to his pre-competition routine.

“I wanted to focus on my mental state before the race, the kind of music I listen to and how much warm-up I do,” Smith said. “My goal was to prepare that warm-up routine — that way it takes away some of the pressure at the meet.”

“There were some individuals who really stepped up and surprised us,” Smith said. “Everyone as a whole put out some fast times.”

Howell said that he was pleased to see his team’s preparation pay off.

“There were improvements in lots of areas considering it has been two weeks since we’ve really raced,” Howell said. “We always look at meets as a way to apply what we did in practice, and [the team] did a nice job with that.”

Emory will split its men’s and women’s teams Nov. 30 through Dec. 2 to compete in both the Miami University (Ohio) Invitational in Oxford, Ohio, and the Savannah College of Art and Design (SCAD) (Ga.) invitational in Savannah, Ga.