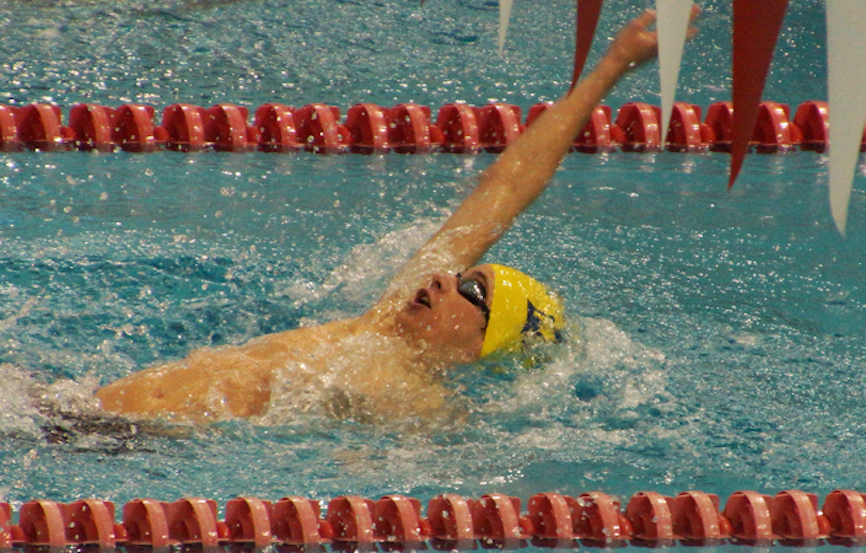 The Emory University men and women’s swimming and diving teams drove up to Athens, Georgia, to face off against the top-ranked NCAA Division I University of Georgia (UGA) Bulldogs last Friday. Both Eagles teams lost the meet, the men falling 180.5-86.5 to the No. 8 men’s UGA team and the women 180-115 to the No. 7 women’s team. Despite the loss, the Eagles put up incredible times, especially when compared to other Division III swimmers.

The Emory women’s team was led by a number of outstanding individual performances.

Kowalsky’s performance earned her University Athletic Association (UAA) Athlete of the Week honors for the second time this season.

The Emory men also had several strong performances against the Bulldogs.

Cooper’s dominance was also rewarded with UAA Athlete of the Week honors, his second of the season.

While the results certainly left a lot to be desire, the team was grateful for the opportunity to challenge themselves.

“This meet is a learning opportunity because they have such refined skills compared to us,” said Kowalsky. “Just being around swimmers who have been on Olympic teams and getting a chance to race and observe them can make us better.”

Junior Christian Baker competed at the long course (measured in meters rather than yards) Arena Pro Swim Series Invitational on Saturday at the University of Minnesota. He won the “D” Final in the 400-meter freestyle event with a time of 4:03.69, beating out the second place swimmer by .16 seconds. Going into the last 50 meters of the race, Baker was in third, but managed to pass both of the opponents ahead of him to win.

“I hadn’t swam a very smart race in [the] preliminaries, so I was really trying to be reserved for my first 250 [meters] or so,” Baker said. “Once I got to the last 50, I realized I had probably been too reserved and was somehow able to drop my head down and build into an all-out sprint”.

Baker’s times qualify him for the Winter Junior Championships hosted in Austin, Texas, in December.

“Qualifying was nice considering I had lifted and practiced the day before, but at this point, I really only care about getting my Olympic Trial cut at the Austin Grand Prix in January,” Baker said.

The Eagles’ diving team will compete at the Emory Diving Invitational this Saturday Nov. 21 at the Madeleine Jude Brown Aquatic Center. The Swim team will get back in the water from Dec. 3 to 5 in both the SCAD and Miami Invitational meets.

“Miami is the halfway point of the season,” said Kowalsky. “It should give us a chance to see what’s going wrong, but while we still have a chance to fix things before the second half of the season.”