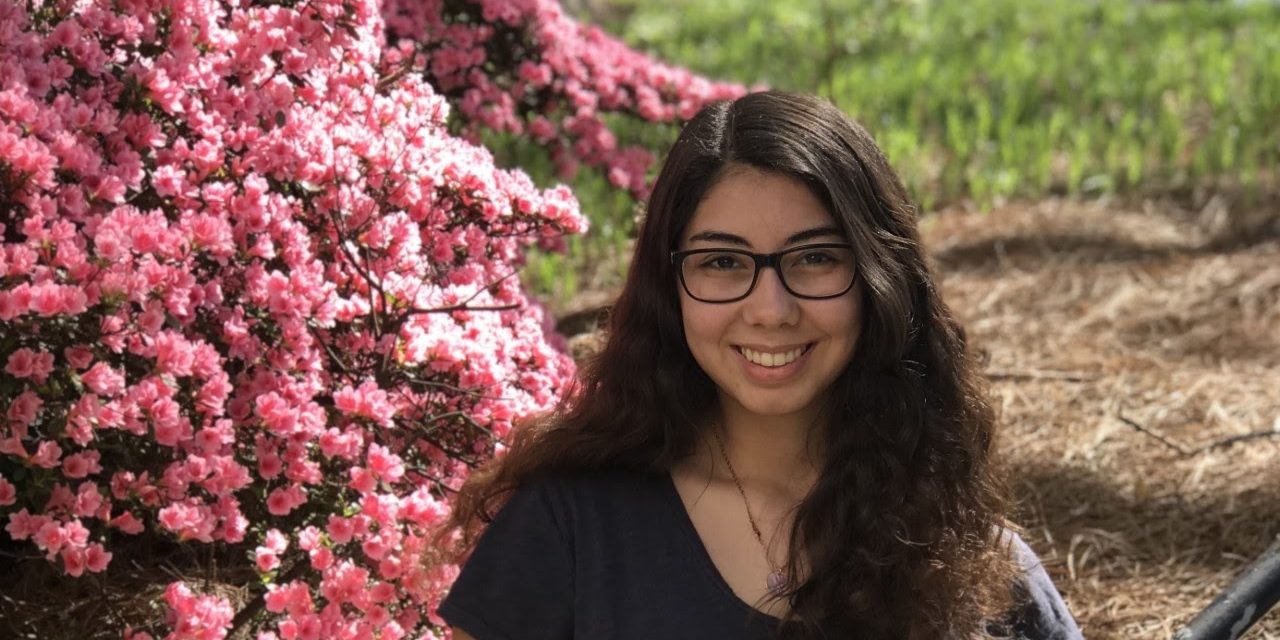 As a high school student passionate about creating accessible educational resources, Sarina Adeline McCabe (22C) hoped to publish books one day. When she started at Emory in 2018, she manifested her dream and founded the publishing company, Ember Publishing House, with her then-roommate, Kalyani Allums (22C). 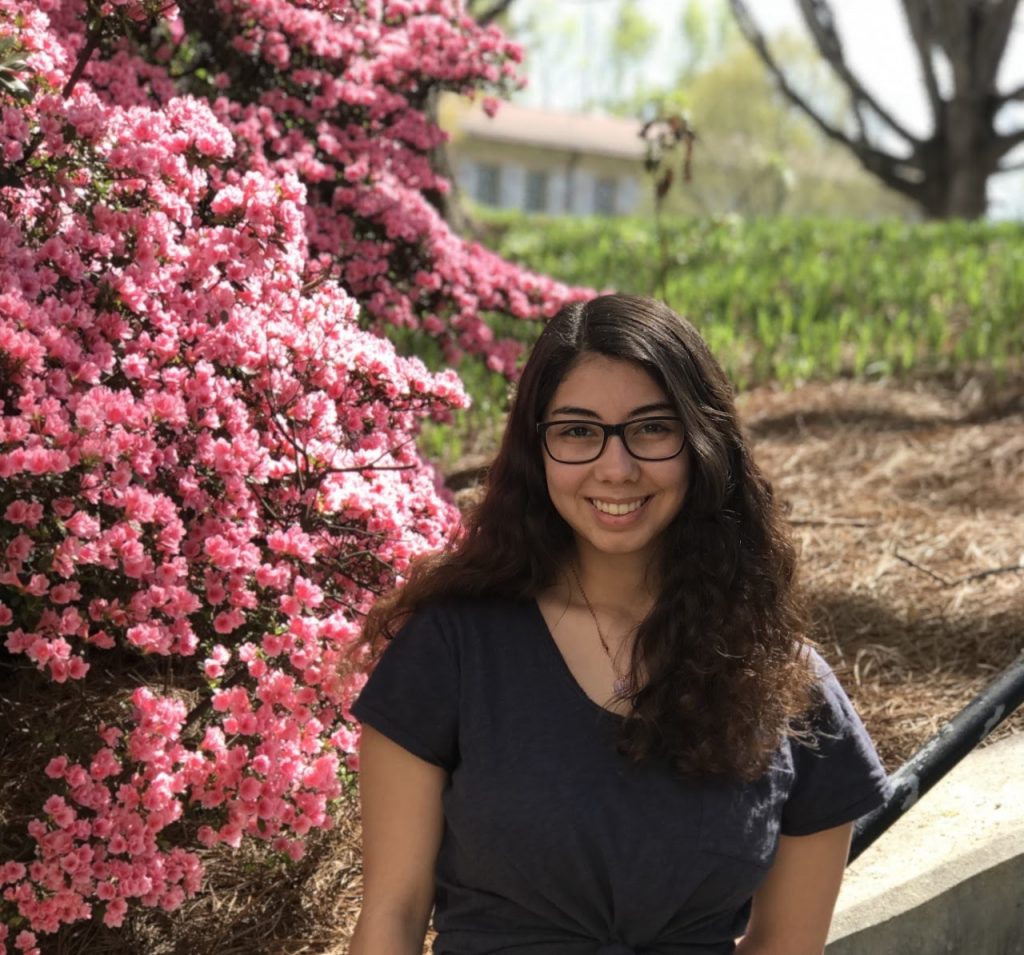 With McCabe as publisher and Allums as editor-in-chief and copy editor, the fledgling company aimed to publish unagented submissions focusing on various subjects with middle graders and young adults as their audience. The coronavirus, however, pushed McCabe and Allums to shift their efforts to publishing children’s books to help young school-aged children better understand the pandemic.

“We wanted to look for something that would have a greater and immediate impact on our community,” McCabe said. “We thought about what populations might be struggling the most with all of the changes happening in the COVID-19 pandemic.”

When the Emory Global Health Institute (EGHI) held the COVID-19 Children’s eBook Competition on April 29, the duo realized there was a pressing need for educational resources for children regarding the virus.

“[We] wanted to build resources for kids to be able to cope with all of the sudden changes and understand what was happening with people’s bodies during COVID and also reassure them that there are people working to keep them safe,” McCabe said.

But it wasn’t just the competition that inspired McCabe. She noted that her four-year-old sister was also a large source of her inspiration.

In late May, McCabe brought Allums and Gabby Woempner, the company’s marketing director and McCabe’s high school friend, together to form a publishing team. She also contacted some contestants from the ebook competition.

“Our mission with the company is helping emerging writers and people who haven’t broken out into the scene yet,” McCabe said. “It was neat because it is so hard to create a book in such a short period of time as the summer, having books that had a first draft already helped expedite the process.”

Ember Publishing plans to release five children’s books related to COVID-19 by late fall. Though all of their books will primarily be distributed online, Ember Publishing also partners with third-party printers, including Amazon, Target, Barnes & Noble and Ingram, which will print on demand. 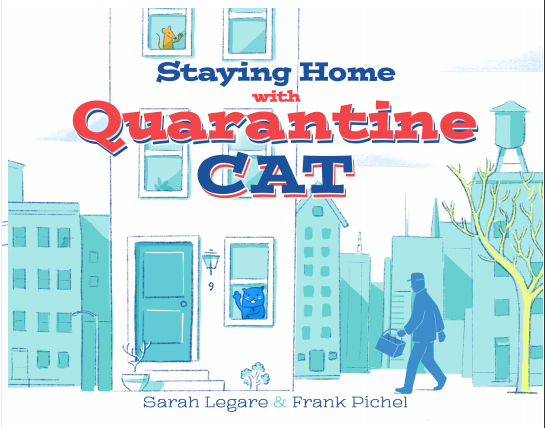 “Staying Home with Quarantine Cat” by Sarah Legare (16PH) and Frank Pichel is the first book the company published./Courtesy of Sarina McCabe

The company published their first book on July 22. Former EGHI competitors Sarah Legare (16PH) and Frank Pichel’s book, “Staying Home with Quarantine Cat,” details the life of a cat whose owners are home due to quarantine and whose life changes drastically after the pandemic. McCabe noted that the rhyming book includes mnemonic devices to help children memorize some preventive health measures.

McCabe said she aims to publish the next book, “Henry the Hedgehog and the Hysterical Hullabaloo,” by Shae Boguslawski (21M) and Dora Danko (21M) sometime during September. The picture book is an extended metaphor about a laughing epidemic that swept through a town of hedgehogs.

“[The ebook competition] sounded like a really fun thing to do and so Dora and I worked hard on creating this book,” Boguslawski said. “I was thinking about how I would view this whole situation if I were a kid.”

Allums said it was an honor to embark on this journey with so many passionate first-time authors and illustrators and noted that the relationship between the editors and writers depends largely on trust.

After the books are published, McCabe and Allums intend to revert to their initial publishing schedule, which consists of printing middle-grade and young-adult fiction books. One of the company’s upcoming manuscripts is a middle-grade book about a princess ruling over a society where science is banned.

“Even though it is kind of a middle-grade adventure book, we integrate real science into it,” McCabe said. “It’s like being informed by real fields of study but it doesn’t feel like you’re being hit in the head by a textbook.”

Besides working as a publisher, McCabe released her book, “The Devil in Amen’s Corner,” in April 2016, which explores race and gender dynamics in the 1950s South.

“My grandfather is Black and he grew up in the South around that time period,” McCabe said. “Growing up, I had a lot of questions for him about navigating some of those social issues and dynamics and that’s why I was so interested in exploring it through writing.”

While trying to publish her first book, McCabe didn’t hear back from numerous literary agents and publishing companies. She tracked down Mike Garrett, Stephen King’s first editor, and sent him a query letter. Garrett was initially reluctant about working with an amateur but decided to give her a chance, and McCabe eventually published her book with Createspace Independent Publishing Platform.

As McCabe works to expand her publishing company, she noted that the support from many has been invaluable and she hopes to further collaborate with the Emory community. 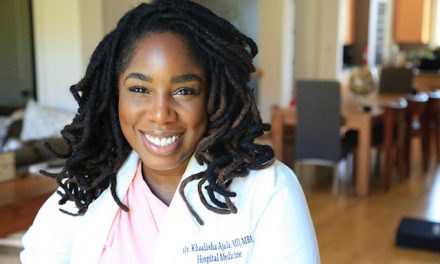 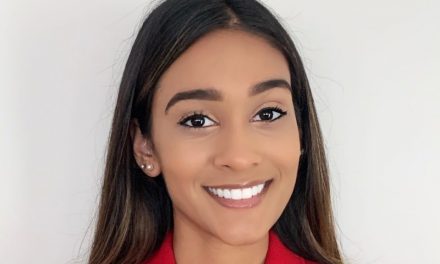