While the holidays often conjure up images of bustling stores, family time and fragrant kitchens, students who spent this holiday season on Emory’s Clairmont campus experienced a vastly different reality. In this nearly two-month-long break, some found community and inspiration, others found isolation and boredom. All agreed, however, that the paucity of students made for an eerie yet unforgettable end to the year.

“It’s very, very quiet on Clairmont right now,” said Mikail Albritton (22C), a campus proctor. “It’s me walking around campus, sitting in my room watching TV, doing work, just keeping myself busy because there’s nothing else to do.”

While Albritton has struggled to stave off boredom, he said he appreciated the emptiness of campus — he goes on walks often and doesn’t have to worry as much about COVID-19 exposure. Living at Clairmont has allowed him to visit family members in Columbus, Georgia, some of whom are immunocompromised. 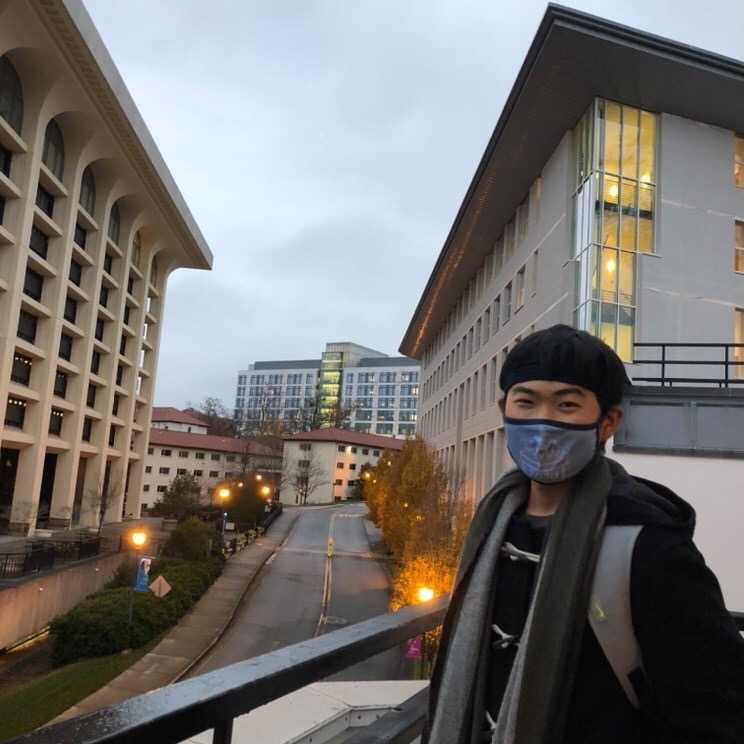 Harry Li (24C) poses for a picture atop the Rich Building. (Harry Li)

“My grandparents are old, so I figured it was just better for me to stay here than to go back and risk affecting anyone,” he said.

For many international students, traveling home wasn’t an option, and Clairmont offered a temporary home away from home. Harry Li (24C) hasn’t been home to Beijing since 2019, and he said he was thankful for the company of other international students living with him on campus who resonate with his experience.

“Talking to all these people and hanging out with them kind of made me realize, ‘Wow, this a nice group of people,’” Li said about his newfound friend group. “We definitely weren’t close before Clairmont, but this winter break really brought us together and I think it will be pretty meaningful looking back later on.”

Li said he was most thankful for Lullwater Preserve as it’s “the one place where there’s entertainment.” The ability to spread out and hang out with friends from a safe distance makes Lullwater “the one place we can go and not worry about COVID,” he said.

Timethius Terrell (24C) hasn’t been hanging out with friends as much as he’s been researching, networking and working — in addition to his job at the Michael C. Carlos Museum, Terrell’s helping Goizueta Business School Assistant Professor of Organization and Management Erika Hall with her research. 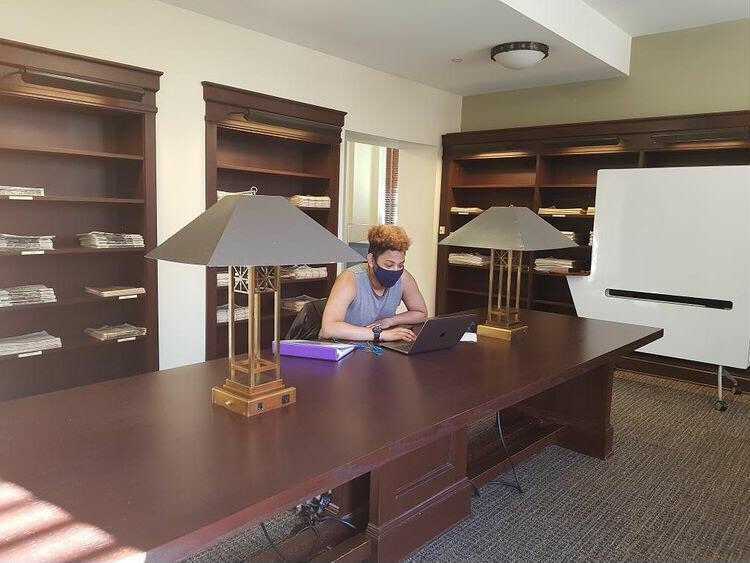 “She specializes in how labels affect people’s perceptions of each other as it relates to demographics such as gender, race and ethnicity,” Terrell said. “I’m mostly working with spreadsheets, creating charts and looking for sources.”

Terrell is also using his time off from classes to further develop divulge, an organization he founded with fellow first-year Ron Berglund (24C). The two created the organization after the resurgence of the Black Lives Matter movement following George Floyd’s death in May. Over the break, Terrell has developed divulge’s Instagram, YouTube channel and website.

Terrell said divulge is designed to “spark conversation between different groups” through various media outreach initiatives, with a specific focus on creating YouTube videos. When he isn’t organizing interviews with activists, discussion panels and conversations about current events, Terrell tends to be rather introverted and enjoys binging TV shows in his free time.

“It’s a lot more relaxed now than it was on the main campus [during the semester],” Terrell said. “I’m a people person, but sometimes you want to just chill a bit, and it’s very chill here.”

All three students have taken time to virtually connect with friends and family. Li regularly talks to his family in China, Albritton uses FaceTime and Houseparty, and Terrell joined a group video call on Christmas with friends he made over the fall.

Albeit barren and isolating at times, Emory doubled as a safe haven for those who sought a place to stay during the holidays. Whether a space for mental restoration, productivity or bonding, an empty campus provided a peaceful respite from the stress of the fall.