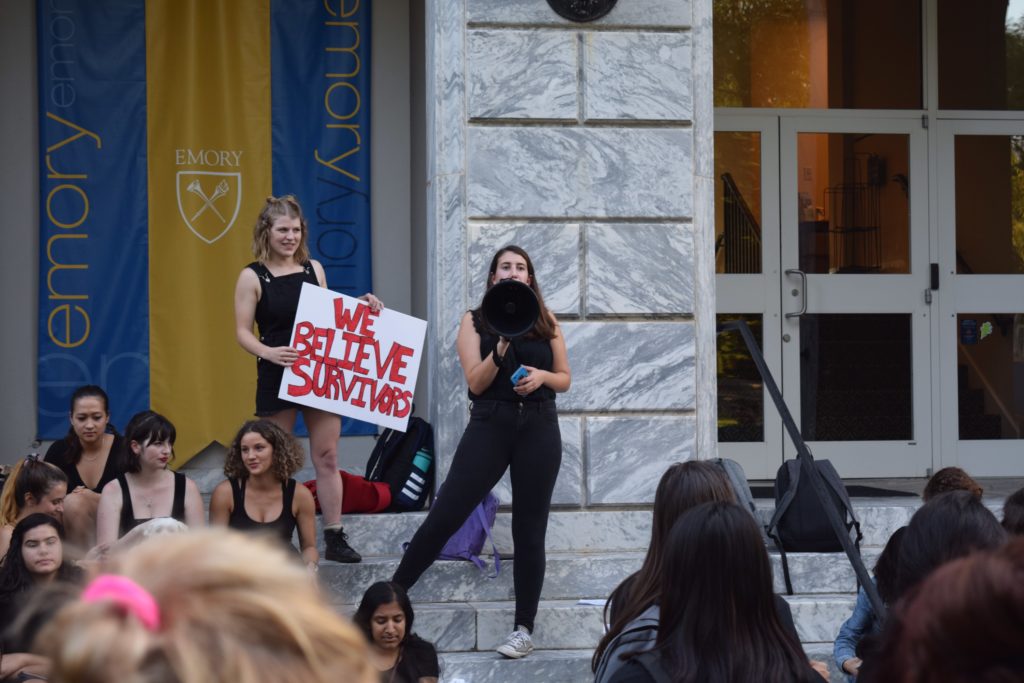 Maya Bornstein (19C), one of the rally organizers, speaks out against Judge Brett Kavanaugh’s nomination on Wednesday night in front of the Administration Building./Forrest Martin, Senior Staff

Chants of “Human rights are women’s rights” and “We believe survivors” filled the Quadrangle on Wednesday night as about 85 Emory students and faculty members protested Judge Brett Kavanaugh’s nomination to the Supreme Court in the “Women’s Solidarity Rally.”

Protesters spoke out against Kavanaugh’s nomination in wake of the sexual assault allegations levied against him and argued for more women influence in politics. They carried posters as they marched through the Quad, over Cox Hall Bridge, to the Dooley statue at Asbury Circle, interrupting Wonderful Wednesday at Dark. 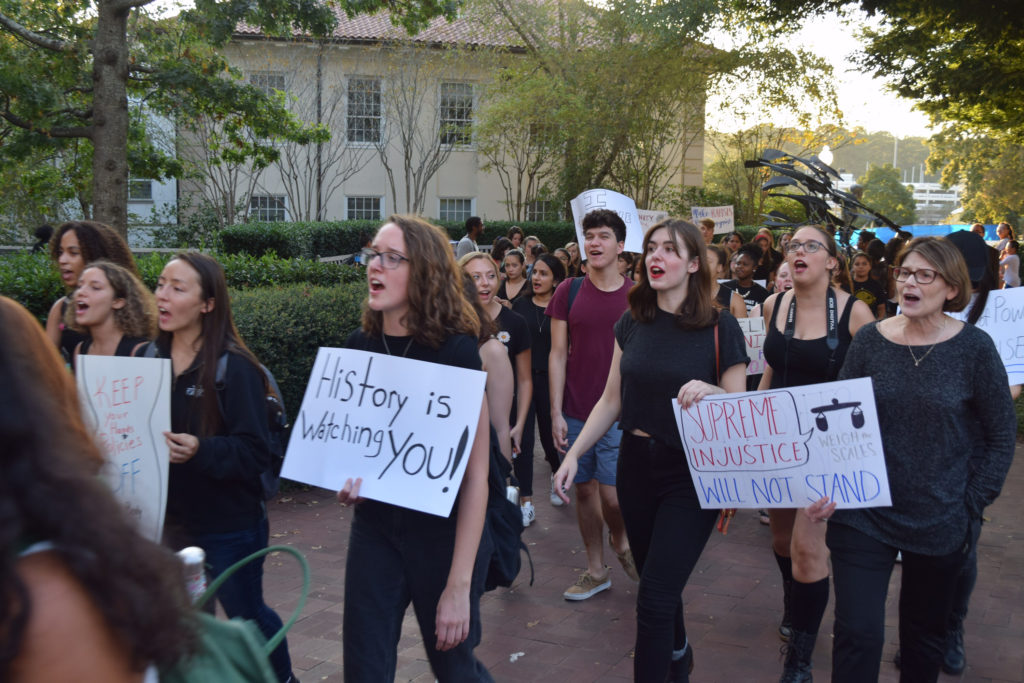 Christine Blasey Ford, Deborah Ramirez and Julie Swetnick came forward last month and accused Kavanaugh of sexual assaulting them decades ago during his high school and college years, according to The New York Times. Sens. Susan Collins (R-Me.) and Joe Manchin (D-W.Va.), who were considered key voters in the confirmation, announced on Friday that they will vote yes for Kavanaugh in Saturday’s full Senate vote, clearing the way for Kavanaugh’s ascension to the Supreme Court.

Maya Bornstein (19C), one of the rally organizers, called for the demonstrators to take action and initiate change.

“My fear has turned into frustrations and then into anger, and I refuse to sit idly by and accept that sexual assault has become a norm in today’s society,” Bornstein said. “Together we can [create] change; together we can vote.”

Assistant Director of Emory’s Center for Women Chanel Tanner said on the Quad that she has felt a “full range of human emotion” in wake of the Kavanaugh confirmation hearings and protests.

The protesters gathered in a secondary location near Asbury Circle, where they voiced their thoughts through megaphones. 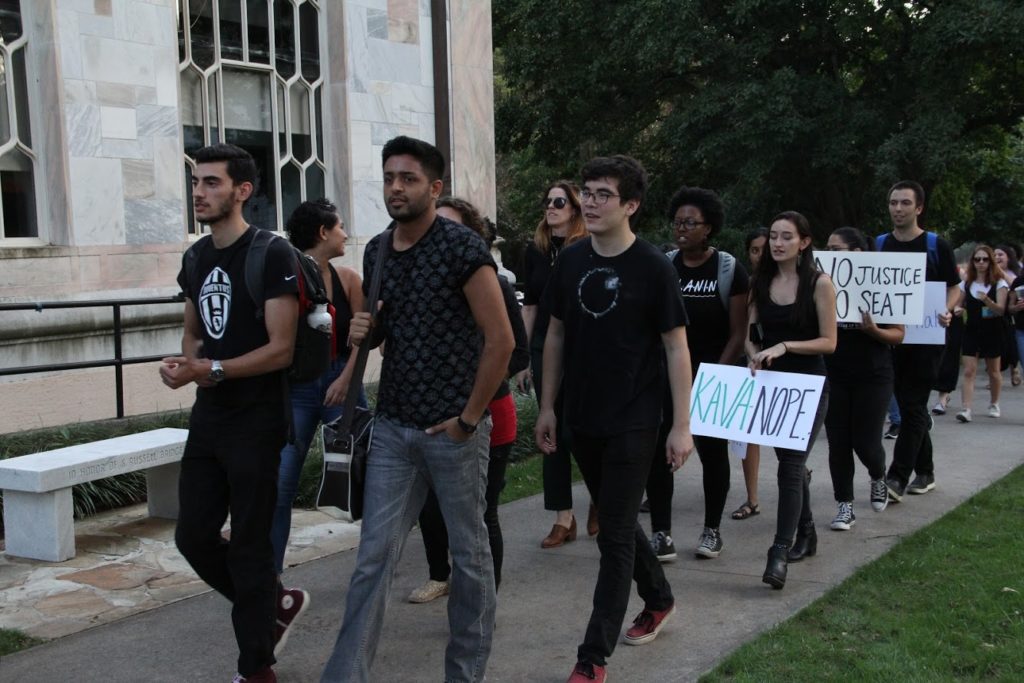 “I feel angry that we still have to protest this s**t,” Miller said.

Bornstein told the Wheel she partnered with Co-Presidents of Feminists in Action (FIA) Kaya Ruffin (18C) and Lex Miller (19B) to organize the rally in tandem with FIA, the Center for Women and the Respect Program. Bornstein added that she reached out to the presidents of sororities at Emory to help organize the rally, but none responded.

“[Greek sororities] talk about women empowerment, but they don’t actually do anything about it, and it’s very frustrating to me,” Bornstein said.

Audrey Reever (19C) said the allegations against Kavanaugh should disqualify him for the Supreme Court.

Kristina Jespersen (19C) said she attended because she is frustrated that people are not listening to women.

“The situation in the country is telling women that their feelings [and] the situations they have been through are not valid,” Jespersen said.

Emory College Republicans President Ariana Gassel (22C), who was tabling at Wonderful Wednesday as the rally walked by, said she supported the students’ right to protest.

“We believe in the student’s right in the First Amendment to exercise protest,” Gassel said. “While we may not necessarily agree with the message they’re sending … we do believe credible survivors when there is corroborating evidence.”

President Donald J. Trump ordered the F.B.I. to investigate the allegations into Kavanaugh on Monday at Sen. Jeff Flake (R-Ariz.)’s request and said it was “not fair” to hold the allegations against Kavanaugh without more evidence. On Thursday, the Senate received a single report from the F.B.I.’s findings.

More than 2,400 law professors, including 17 from Emory Law, signed an Thursday letter to senators that was published in the Times saying they should consider how people would perceive the Supreme Court if Kavanaugh is confirmed and that he lacks “judicial temperament.”

“Kavanaugh exhibited a lack of commitment to judicious inquiry,” the letter reads. “Instead of being open to the necessary search for accuracy, Judge Kavanaugh was repeatedly aggressive with questioners.”

Kavanaugh also published an op-ed in the Wall Street Journal on Thursday titled “I Am an Independent, Impartial Judge.” In it, he admitted he “might have been too emotional at times” while testifying for the Senate Judiciary Committee.

“Going forward, you can count on me to be the same kind of judge and person I have been for my entire 28-year legal career: hardworking, even-keeled, open-minded, independent and dedicated to the Constitution and the public good,” Kavanaugh wrote.

Trump tweeted on Friday that he was “very proud” of the Senate for advancing Kavanaugh’s nomination, which is considered a huge win for both the president and conservatives. 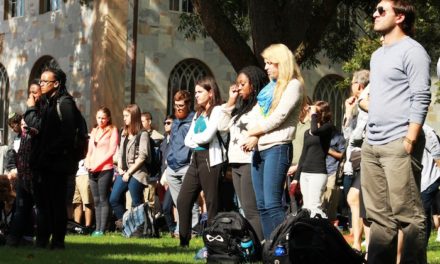 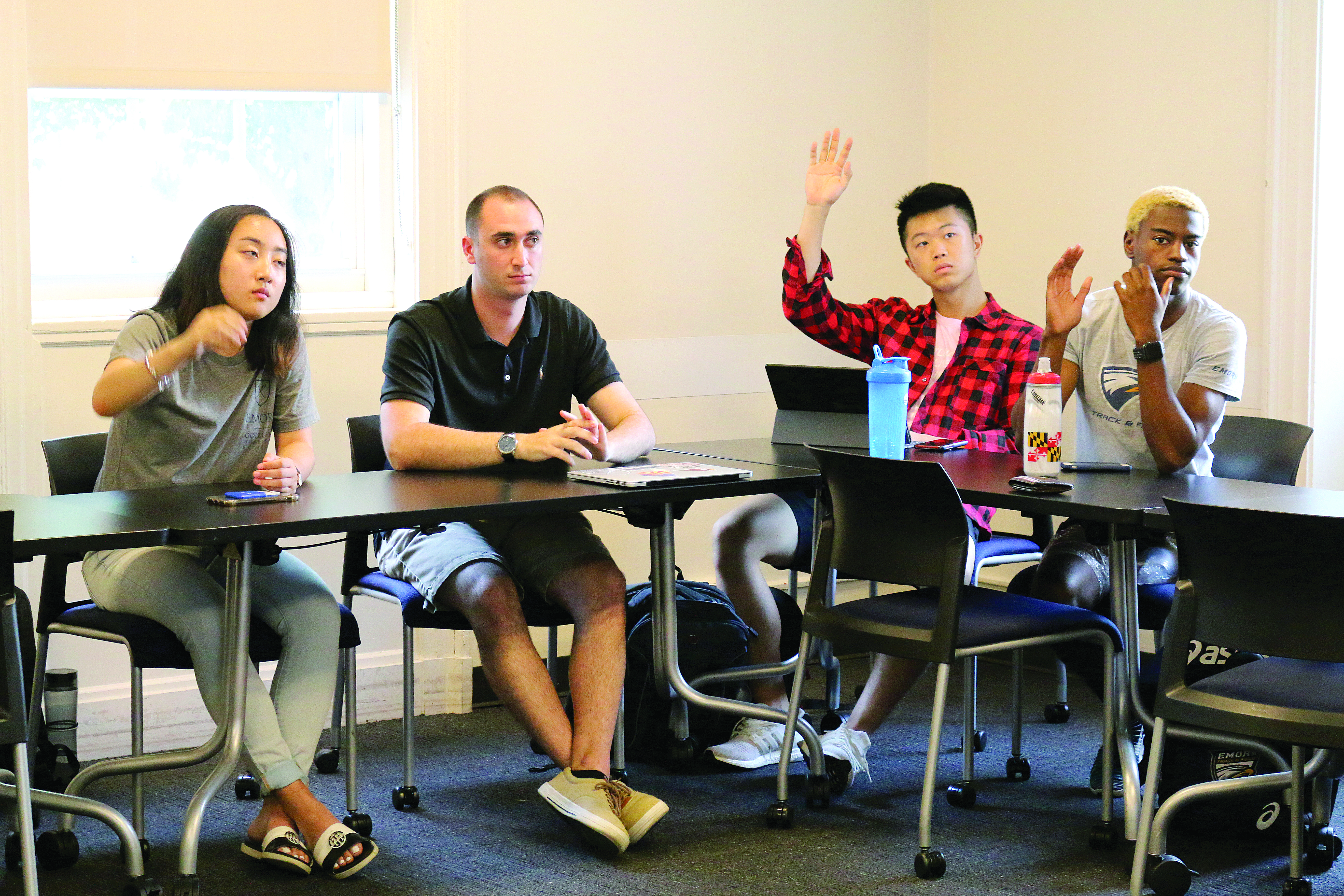