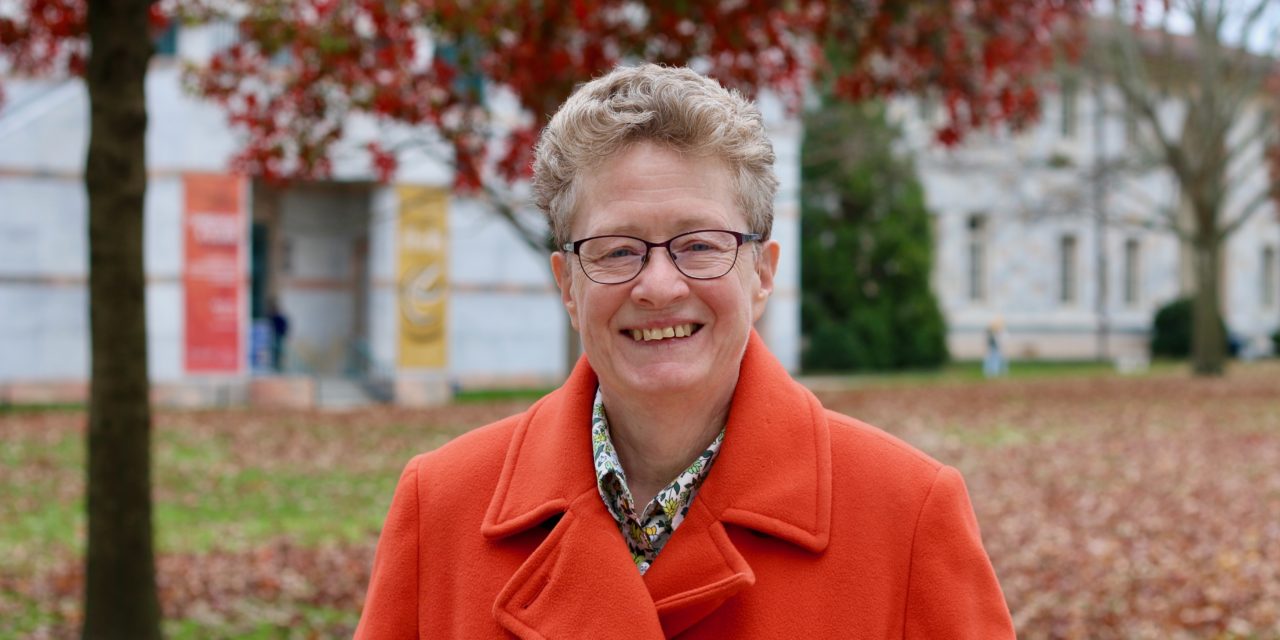 Whether holiday traditions have long been passed down through the family or have recently been created, each member of the Emory community celebrates the season a little differently. From New Year’s Eve birdwatching to overindulging in warm cookies to looking back on past years, Emory students and professors shared the ways in which they spend their winter break.

Associate Professor of Comparative Literature Angelika Bammer grew up in Velen, Germany, a majority-Catholic village where the population celebrates their own variation of Christmas, St. Nicolas Day, almost three weeks earlier on Dec. 6.

Bammer explained how she and her siblings would put out their shoes on the windowsill on Dec. 5. The next morning, they would wake up, run to the windowsill and check for gifts such as oranges, apples and a few nuts. 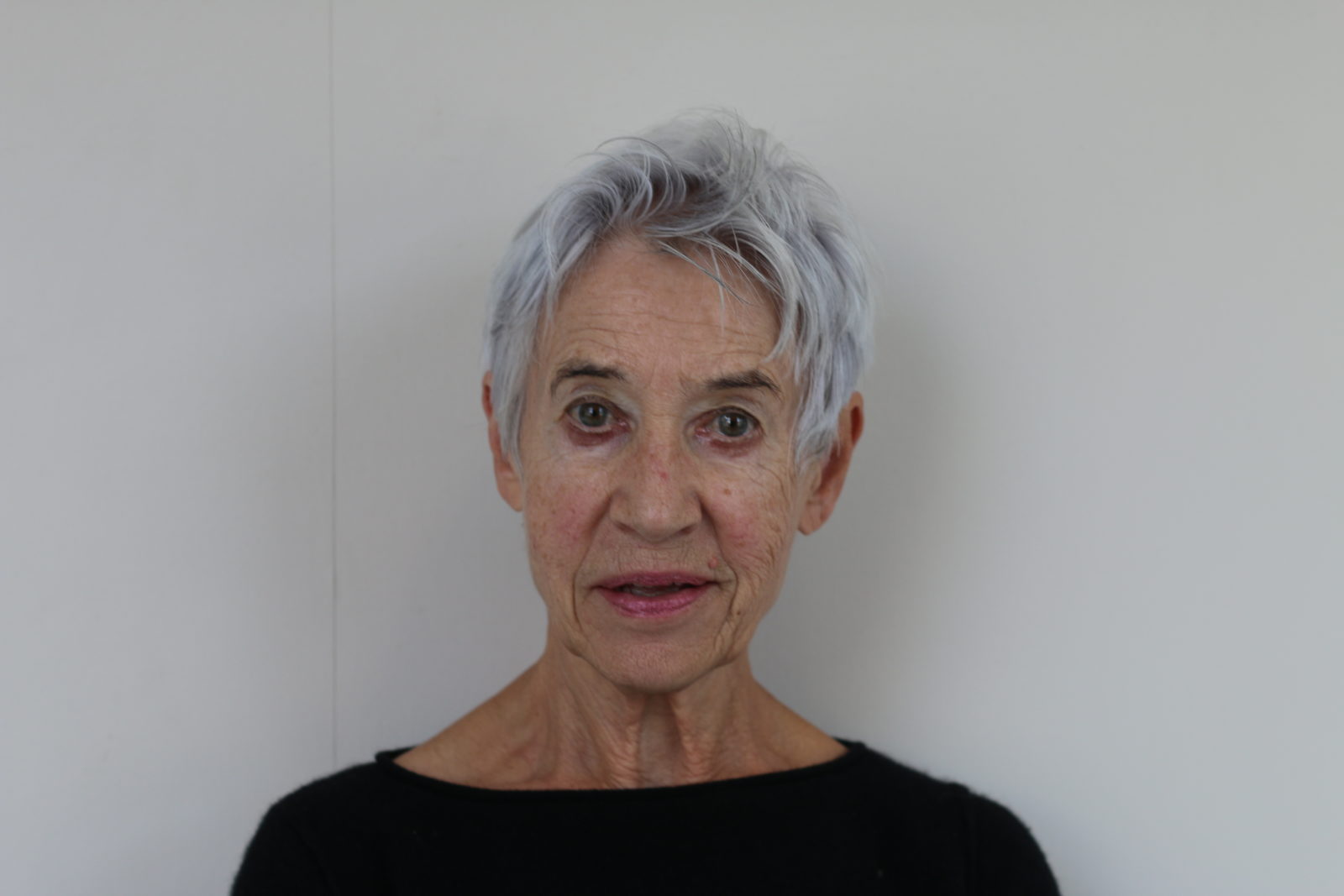 Growing up, Bammer’s family also waited until Dec. 24 to put up their Christmas tree. When the sky began to get dark on Christmas Eve, the children would go to their bedrooms while the adults kept the undecorated Christmas tree behind a locked door. Bammer remembered  being told by her parents that the room was locked because the Christ child would visit Bammer and her family, and they were not allowed to run around while the Christ child was present.

She said that when she heard a little bell, that meant that the Christ child had come. The children would dress up, go into the previously locked room and witness a decorated tree. That same night, each child would receive unwrapped and unlabeled presents piled on chairs.

“[The tree would be] covered with ornaments and 24 candles,” Bammer said. “It was just so beautiful, that moment of sheer beauty.”

Having taken part in this tradition from her early childhood until she went to university in 1968, Bammer now has continued these same customs with her children.

For as long as she can remember, Natalie McGrath’s (23C) Italian grandmother has been making tiny, pecan-sized, floral-shaped cookies for her large extended family. Her grandmother first started by making them in small batches, but the family loved them so much that she kept making more.

McGrath recounted how her grandmother would spend the entire day in the kitchen making the “thousands” of sugar cookies and putting them into small tin boxes to hand out on Dec. 25.

McGrath spoke of her grandmother with pride for the hours she would spend in the kitchen baking for her family.

“It’s just special to me because it just shows the dedication that goes into putting a smile on her grandchildren’s faces,” McGrath said. “I can picture her putting a tiny chocolate chip on each one of these cookies. She just wants to share her love for us through her craft in the kitchen.” 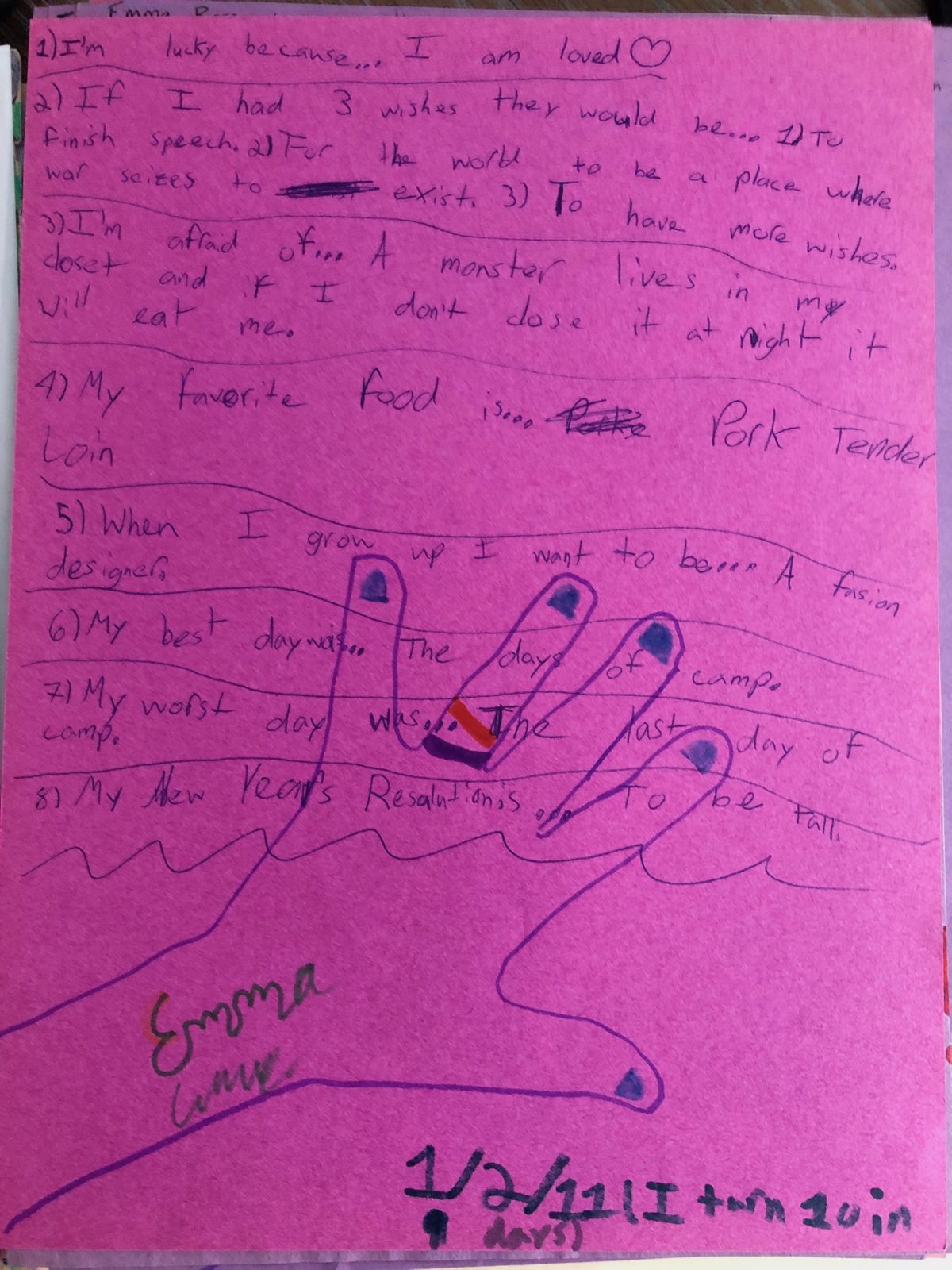 Emma Rosenau’s (23C) family rings in the New Year by answering a series of questions about the past year and compares them to years past. Pictured is Rosenau’s answers from 2011./ Courtesy of Emma Rosenau

Emma Rosenau’s (23C) family rings in the New Year by answering a series of questions about the past year. Rosenau and her siblings sit down on New Year’s Day with a piece of colorful construction paper and a pen while their mother poses the same series of eight questions each year. The purpose of the exercise is to look back, compare their present responses to the past and see how their answers have changed. The questions cover topics pertaining to fears, future careers, and the highs and lows throughout the year.

After answering the prompts, they trace their hand at the bottom of the paper, and Rosenau’s  mother hands them their answers from all the previous years. Rosenau remarked how incredible it has been to see how her handwriting and personality have developed.

“The earliest we have is from when I was three, and my mom just would write it [for me],” Rosenau said. “We can really see our personalities change. Seeing the things we prioritize each year is really interesting.”

Instead of getting presents for all eight nights of Hanukkah, on the fifth night, Lizzie Cohen (23C) and her family decide to give back to their community by donating money to a charity of choice.

Each sibling decides on a charity, and her parents donate on their behalf to various foundations. Cohen noted that her parents have made it a priority to teach her and her siblings the importance of giving back and how the holiday season is a good time to instill this value.

Cohen said that she has donated to different foundations that strive to end child hunger because she recognizes the inequality in the distribution of food resources around the world.

“It feels like a very simple thing that there’s both such excess in some parts of the world, and so much is needed in other parts, and that disparity doesn’t make a lot of sense to me,” Cohen said.

The Beauty of Birdwatching 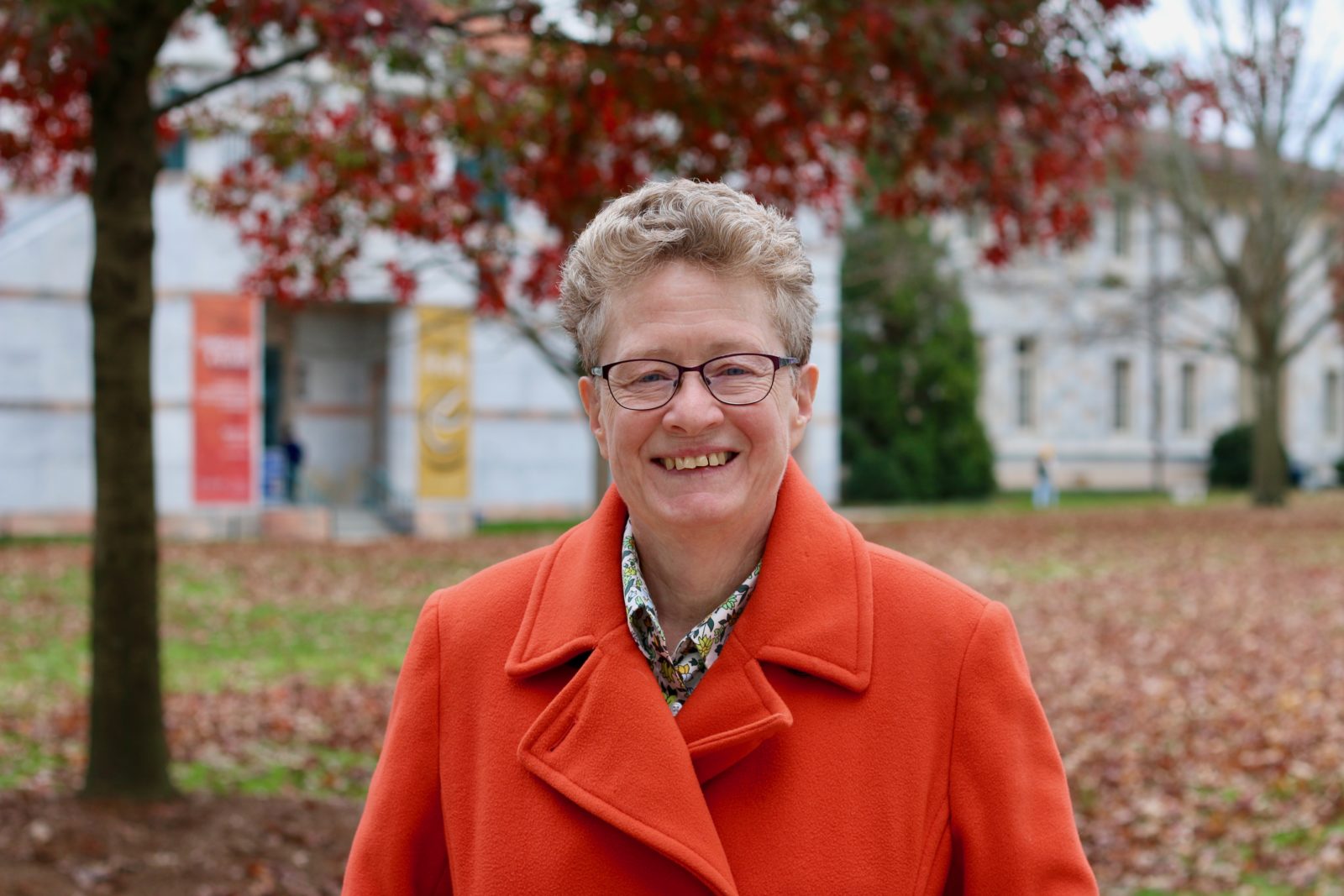 For the last 26 years, has spent her New Year’s Eve birdwatching, an activity she began in 1993 when she was sick in bed with the flu during New Year’s. While gazing out her window, she noticed the different kinds of birds and grew curious. After that, she bought a bird feeder and a book about the different bird species, and quickly became hooked.

For at least an hour on Dec. 31, or as close to New Year’s Eve as possible weather permitting, Hall heads out alone to different nature preserves in Atlanta to birdwatch, sometimes as close by as Lullwater Preserve. She finds this practice to be a reflective way to conclude the year. Hall called this tradition “a centering activity for marking the transition from one year into a new one.” She also explained it as a form of “psychic housekeeping [and] a place of beauty and stillness to remind yourself what’s important.”

Once a semester, she also takes her students to birdwatch with her at Lullwater. Hall stated that she has identified up to 40 species of birds at Lullwater, including but not limited to woodpeckers, hawks, owls, herons, Canada geese and bluebirds. Hall has also had some luck at the Clyde Shepherd Nature Preserve in Decatur, watching the barred owls for New Year during their winter mating season.