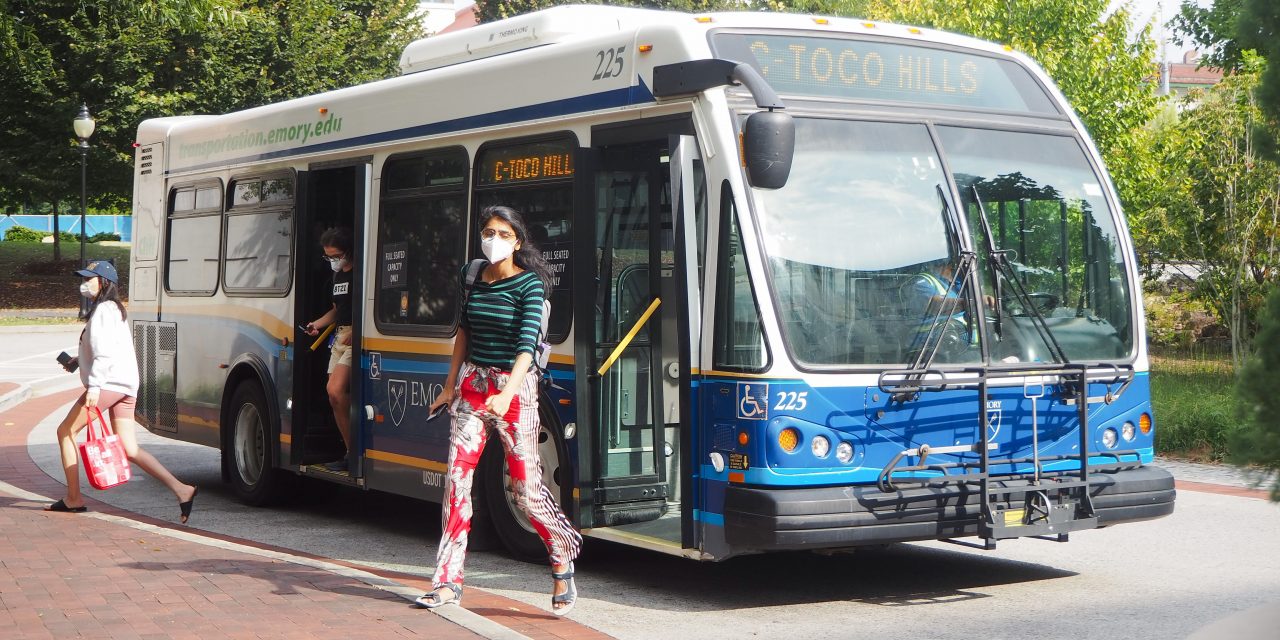 Emory Transportation and Parking Services’ decision to operate the shuttles under “full-seated capacity” at the start of the fall semester has left many students frustrated. Under this policy, when there are no more seats available on the bus, the doors will close and anyone without a seat must wait for the next shuttle.

The shuttle system services around 8,200 riders per weekday with a total of 40 shuttles in service at its peak. This represents a seven bus increase from pre-pandemic service levels,” Adele Clements, the senior director of Transportation and Parking services told the Wheel in a Sept. 30 email.

“Patterns change each year, and understandably, we have experienced the most significant changes in demand over the past two years,” Clements wrote. “We typically adjust trips and service as those new patterns emerge and this year is no different.” 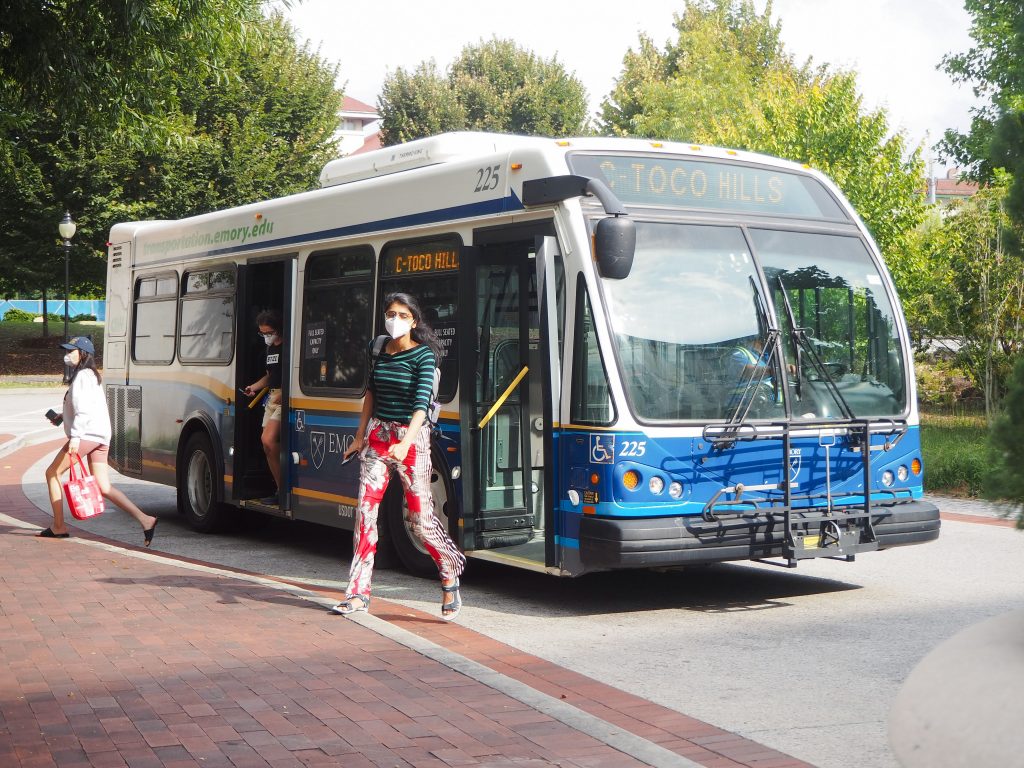 Despite the increase, students have expressed frustrations with the inconsistencies of the shuttle services.

Students like Shreya Reddy (23C) have felt the effects of this change in policy. Reddy, who uses the shuttles to get from the Clairmont campus to main campus, said there are times in the morning when there are not enough shuttles for student commuters, resulting in people “fighting for a seat.” Reddy said she has been late to class despite arriving on time to the shuttle stop.

Reddy, who works at a lab every week until 9 p.m., said that while she believes the shuttle system has improved since September, it’s still unreliable at night.

“At night, there’s only one shuttle, and that shuttle is not consistent at all,” Reddy said. “I always spend like 25 minutes waiting for that shuttle and it’s really frustrating. Sometimes I’d rather just walk.”

Ashley Wu (22C) noted that there were similar problems pre-pandemic, including delays or being ignored by shuttle drivers as she waited at the stop. These problems resulted in Wu using other methods of transportation, and she ultimately decided to bring her car to campus this year.

“I was literally about to get on and they would just close the doors,” Wu said. “I don’t take the shuttle anymore. [The shuttles] were never on time.”

While the delays and capacity issues are discouraging, Student Government Association Speaker and Chair of the Transportation Committee Joseph Banko (23C) said he believes most student frustrations come from a lack of knowledge surrounding the University and MARTA transportation systems.

Banko believes there are educational and marketing initiatives to be made around transportation at Emory and said that he too has experienced issues with the shuttle system. The University suspended the VA shuttle route, Banko’s primary way of getting to campus.

“I’m walking from my house to Clairmont and just taking the shuttle from there to get to campus,” Banko explained. “It’s not terrible, but it could be better, especially if the VA route were to resume service.”

While Banko didn’t call his experience with the C-Route reliable, he said “concerns about it have been drastically overstated.”

The C-Route sees the most traffic, servicing around “4,300 riders per day” Clements said. Clements explained that “additional resources were shifted to the C route to support demand at Clairmont Campus.”

Banko credited the shuttle drivers for their dedication to the service. The shuttle system currently employs 96 drivers and is looking to hire eight full-time and nine part-time employees, according to Clements.

“[Emory shuttle drivers] are literally heroes,” Banko said. “They do such great work and are so kind to students. If we did not have the shuttle drivers we had, the system would be crumbling.”.

While student opinions vary on the shuttle services this year, the sentiment of frustration remains prevalent. The removal of routes, lack of punctuality and shuttle capacity create an added stressor to students’ days as they are trying to get to campus.

“I’m overall a bit disappointed in the scaling back of certain routes,” Banko said. “My experience would be a lot better if there were not suspensions that weren’t followed by any explanation whatsoever.”