Destigmatizing mental health awareness has become increasingly important as diagnoses continue to arise globally, with 20.6% of U.S. adults experiencing mental illness. However, overcoming generations of shame surrounding the topic is a feat that requires a unique sort of bravery and vulnerability.

Ellie McAfee (22C) plans to tackle this task in her own community by writing and publishing her book “Work in Progress,” which digs into her struggles with mental health. By writing candidly about such struggles, she hopes to build a platform for expanding awareness and sparking genuine conversation for those around her.

To start conversations surrounding mental health, McAfee began writing about her past experiences in the winter of 2020. After being diagnosed with anxiety and depression in her first year at Emory, McAfee had to navigate the stigma she felt about her mental health, and she has been working through this journey since her diagnosis.

“I always thought I was just overreacting to everything,” McAfee said. “I had never heard the word ‘anxiety’ until high school. When I did, it was kind of a glorious moment, but also a really horrifying one. [I realized] there was a real reason I was having so many emotional problems over the course of my life.”

Learning about diagnoses such as anxiety and depression was life changing for McAfee, and she now believes that mental health education should be taught like physical health education. In her book, she details many of her personal experiences, which she hopes  will be a step toward more widespread awareness. 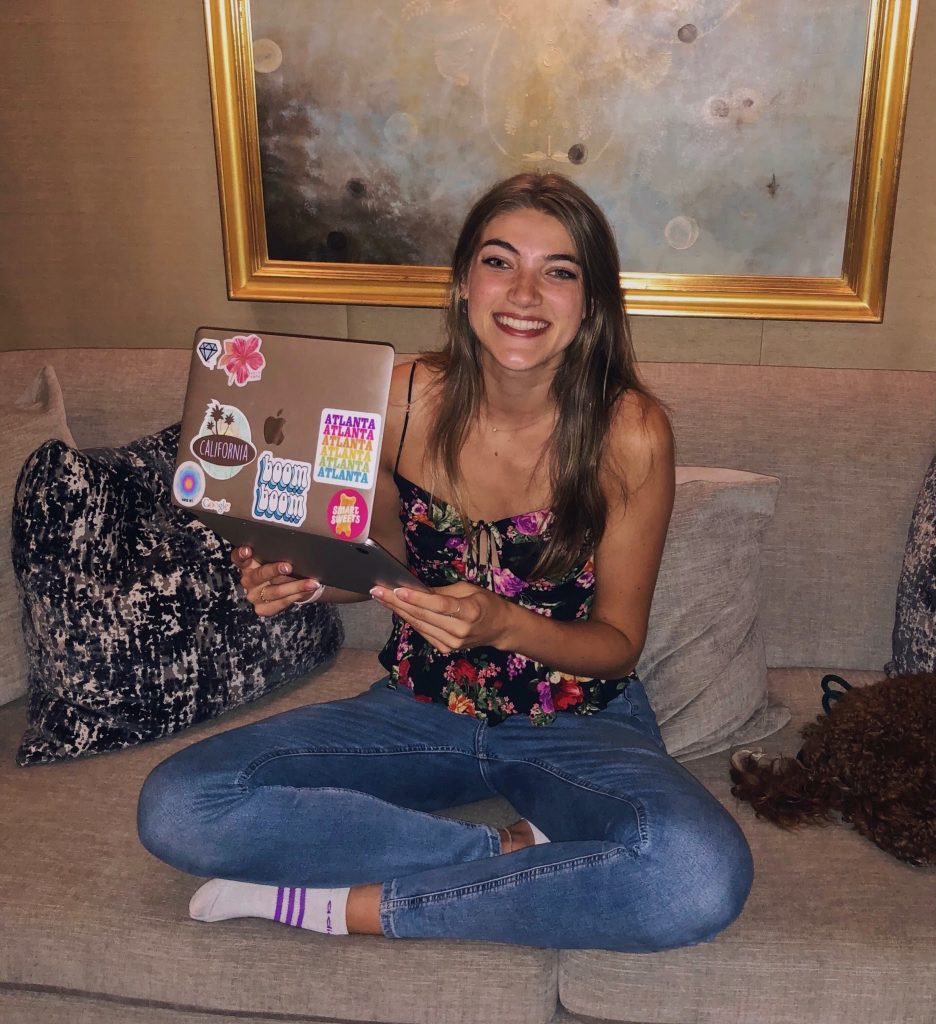 McAfee poses while writing a chapter for her book, which will begin presale in November this year. (Courtesy of Ellie McAfee)

“Nobody has perfect mental health,” McAfee said. “If we can’t move away from the idea that someone [does], and that there’s one goal we should be striving toward, we’re never going to truly destigmatize mental health.”

Throughout the writing process, McAfee has received support from friends and family. Ashley Brennan (22C), a long time friend of McAfee’s, believes this book can help push the Emory community in the right direction.

“It’s so important to educate people and make sure people know they’re not alone,” Brennan said. “Even if someone seems bubbly, that doesn’t mean they’re not struggling behind closed doors. I think bringing awareness to this will show and continue to  develop a community of support on campus.”

McAfee believes the book will not only have a positive impact on the Emory community, but it has also helped McAfee personally. In being open and honest with herself, she has become more understanding of her anxiety and depression and okay with who she is.

Tara Martin (22C), McAfee’s close friend and roommate, is excited for McAfee and the community. When people are blamed for their mental illness, Martin believes it can be isolating to those who are struggling, but “Work in Progress” can help break down these harmful barriers.

To help bring attention to the book and to the issues she wants to discuss, McAfee started an Instagram account at the suggestion of her publishers. The account began with her posting segments she had written for the book but has turned into a medium where she can express everyday thoughts and struggles.

“It is stuff that is a little more off the cuff. It’s less about experiences in the past, but more of what I’m currently going through,” McAfee said. “From what I’ve seen, that’s what people are the most responsive to; I’ve gotten so many comments and private messages. I love the Instagram — it’s proof of my progress.” 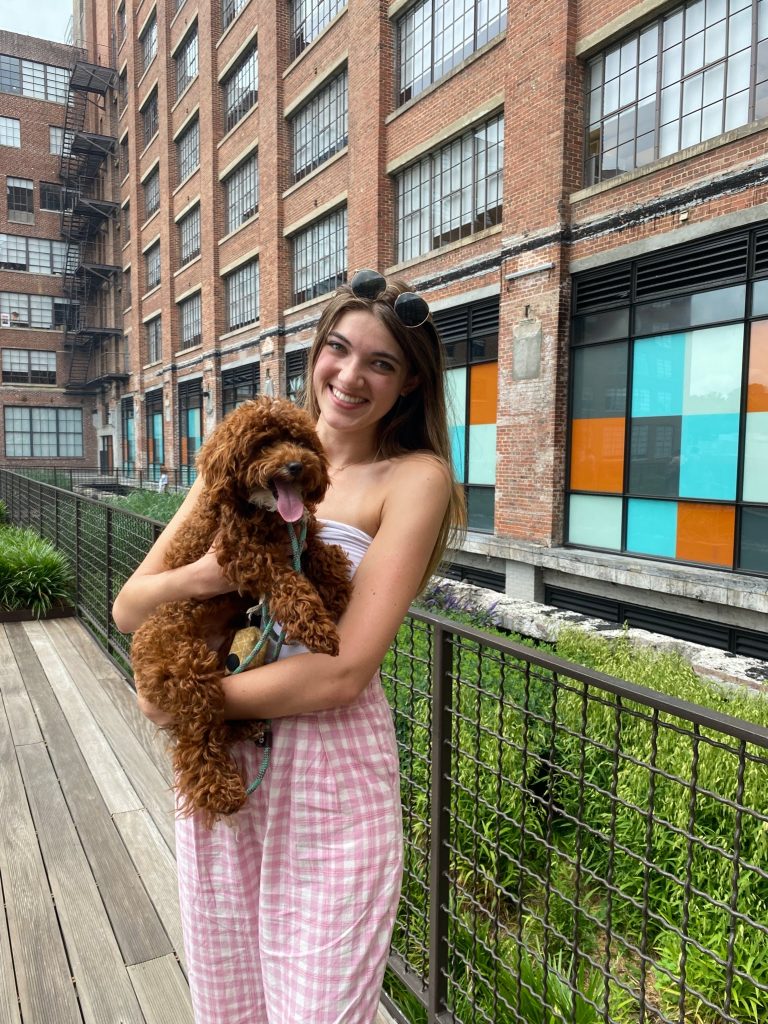 However, a big concern McAfee has about the state of mental health education is the elusivity that comes with it. She said that education on mental health is too hard to access because it is not taught in schools and that many children only learn about it after seeking out information themselves. Even though adults may not be as familiar with acknowledging the struggles of mental health, teachers and parents need to be aware of the impact their words have on children and reflect on how they are impacting others in discussing mental health.

“It’s just because our parents and grandparents didn’t grow up in a generation that talked about mental health,” McAfee said. “It’s a gap between our generation and previous ones, but we still don’t talk about it enough.”

With the book going up for presale in November, “Work in Progress” is in the process of editing and preliminary publication. McAfee frequently posts her stories and updates about the book on Instagram, @workinprogressbook22 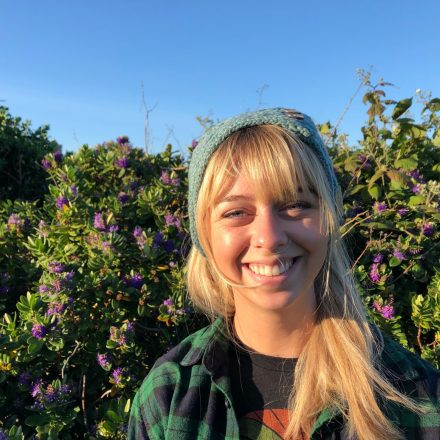 Anna Bussler (23C) is a junior from Gainesville, Georgia studying Anthropology and Human Biology and Spanish. Outside of the Wheel, she is involved in All Women in Science. 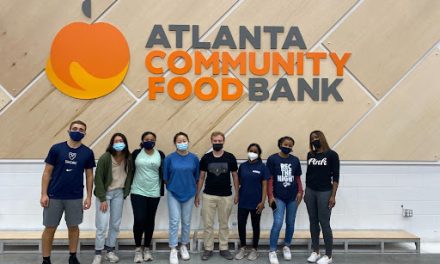 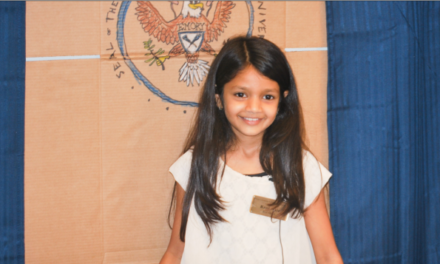