Asian-American activist Stephanie Zhang (22C) said she doesn’t want to have to care about social justice — she wants to “be like the white students and not have to care.” However, Zhang was keen to join the activism community when she came to Emory, but was surprised to find a lack of Asian-American activism. At one point, Zhang felt so frustrated with the lack of activism on campus that she sent in several applications to transfer.

Zhang and several other students have banded together in the Asian American Pacific Islander Student Activists (AAPISA), an un-chartered social justice organization that seeks to build community on campus among Asian students of varying ethnic identities, nationalities, gender identities and sexual orientations.

The group attempts to build affirmational spaces on Emory’s campus through socio-political programs. One initiative Zhang mentioned involved trying to secure an identity-based space for Asian-American students at Emory. Zhang said that this initiative is important because Asian-Americans university students have an experience that is often neglected by the university. 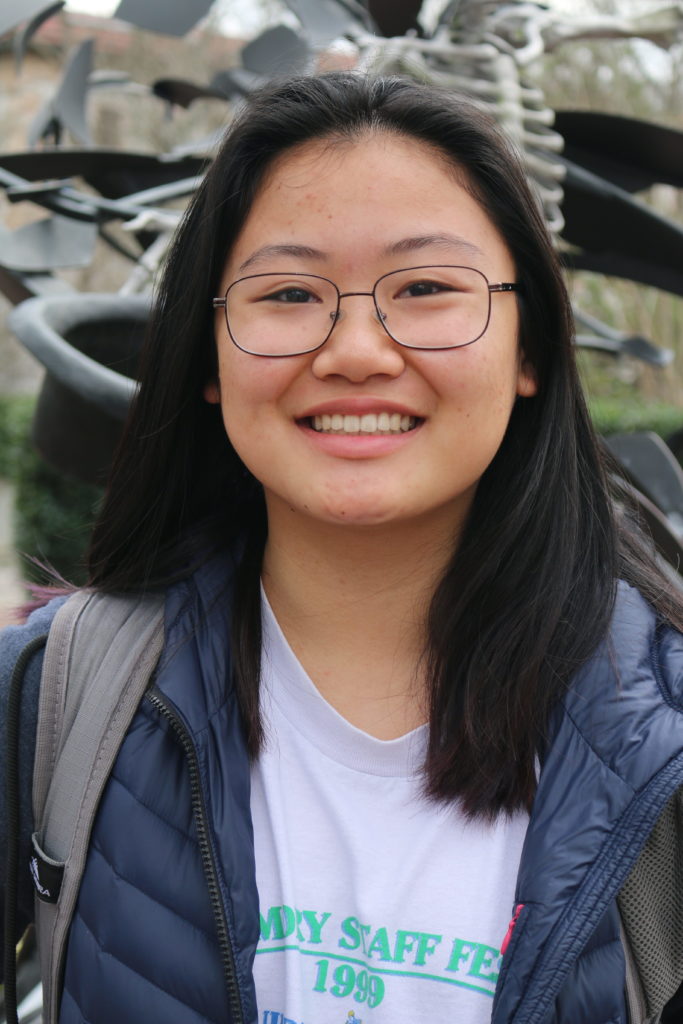 “Asian students do not have a dedicated space on Emory’s campus,” Zhang said. “We are underrepresented in faculty, there are minimal classes about the history of the Asian-American experience in class and there is no Asian-American studies department.”

Zhang grew up in Georgia and cited her interest in the struggles Asian immigrants in her community face as motivation for her activism. Zhang discussed her discontent with local practices, such as the 287(g) program, which permits law enforcement to double as Immigration and Customs Enforcement (ICE) agents and to handle internal immigration deportation processes. The program is used in Gwinnett County where Zhang grew up, and motivated her to advocate for Asian immigrant communities, Zhang said.

In high school, Zhang participated in speech competitions and spoke on issues of anti-blackness and Afro-pessimism in the Asian community. Zhang has also worked with local non-profit organization Asian-Americans Advancing Justice to address immigrant rights and civil advocacy in the Asian-American and Pacific Islander (AAPI) community.

She added, “Emory isn’t racist — it just doesn’t include us.”

While Zhang balances social activism and school work, she believes that many Asian-American students are apathetic toward social justice and prioritize academic success over intracommunal advocacy because they, compared to other students of color, wish to remain focused on school and are less concerned with social issues.

“It’s harder for AAPI to get into schools because schools have the mentality that Asian students don’t have personalities and all we have are our test scores,” Zhang said. “Even if you score well as an AAPI, there is a less likely chance you’ll get into the school. More institutional support is needed because the fact that we’re AAPI should not count against us.”

For example, Harvard University has recently been accused of discriminating against Asian students.

At the time of the interview, Zhang expressed her interest in applying to transfer to schools like Columbia University (N.Y.), Northwestern University (Ill.) and University of California, Berkeley. She has since expressed that transfer application process was “a lot of work” and that “there’s more of a necessity at Emory to advocate for change.”

Zhang said she is not solely interested in improving the Asian-American experience at Emory, and believes racial issues run deeper than the lack of an Asian student space and Asian history in Emory’s curriculum.

“Structural issues like … not being able to access large parts of the city or underserved AAPI communities is [also] an issue,” Zhang said. “Similarly, Emory does not do a lot of work with local communities, which is what AAPISA is trying to compensate for in our community work.”

The activist also expressed her belief that Asian people in the Southeast are particularly vulnerable to microaggressions and discrimination because of their relegation to the margins of Southern historical narratives.

Zhang and her peers in AAPISA are determined to bring awareness to what they feel are Emory’s shortcomings and hopefully change them. Zhang’s colleague and AAPISA co-Founder Julia Zhong (21C) agrees that there is a lack of political discourse around issues affecting the Asian population on campus like lack of representation in Emory classes and a lack of an Asian affinity space. She ended joining AAPISA to help address the problem.

“When I came to Emory, I was looking for an Asian-American Pacific Islander activist/advocacy organization to join but couldn’t find that within Emory’s community,” Zhong said. “I felt that a lot of the Asian cultural [organizations] on campus were more focused on the cultural aspects of identity rather than a political perspective.”

“Too often, the label ‘Asian’ finds itself being very East Asian-centered,” Zheng said. “On paper, all Asians are put under one label, but all our experiences are so different… These problems only get pronounced when we’re older and we finally realize that the government we live under doesn’t represent us well.”

Zheng added that the group intends to get chartered under the Student Government Association (SGA) and receive funding, but Zhang expressed interest in remaining unchartered so that AAPISA can continue to pursue “radical” change free of the University’s gaze.

AAPISA is currently working with the Black Student Alliance (BSA) to find effective methods to tackle anti-blackness in the Asian community and are co-hosting a program Feb. 27 with guest speaker and James Weldon Johnson Institute Fellow Keisha Brown to address these issues.