Police brutality is a serious issue in the United States — one which must be resolved in light of George Floyd’s horrifying murder and the violence used against those protesting its prosecution. The Emory College Republicans are committed to supporting positive community engagement and upholding fundamental principles of democracy, of which free speech and freedom of the press are foundational. We stand with the protestors in their demands for reform, and we look forward to discussing practical solutions in an upcoming panel sponsored by the Student Government Association, College Council and Bridge Emory.

On May 31, several student organizations penned an open letter addressed to several Emory administrators. The letter raises concerns over several University policies, including demands of continued funding for the office of Belonging and Community Justice (BCJ), expansion of protesting rights and increased training for Emory Police Department officers. The authors have asked all members of the Emory community to sign their names onto the letter in support. As the leaders of Emory College Republicans, we are reluctant to become signatories because we have serious reservations regarding, not the spirit of the letter, but a specific policy demand made therein. We believe that the proposed additions to Section 8.14.5.5 of the University’s Open Expression Policy present a clear and present danger to free expression on campus.

We understand and support the need of black students on campus to have access to resources and programming opportunities. As strong advocates for the freedoms of speech and assembly, we also support the request to amend Section 8.14.7.3 of the Open Expression Policy. Having more than one official determine the conclusion of a student protest will help ensure that students’ voices are not unnecessarily silenced. Minority students face a very specific set of challenges on campus and we support policy aimed at mitigating these difficulties. That said, when such actions impede free speech, as they do in the proposed amendment to Section 8.14.5.5, we feel obligated to voice our concerns.

Section 8.14.5.5 of the University’s Open Expression Policy lists “violations of other policies that relate to open expression” These include, but are not limited to, violations of federal, state or local law, interference with the general operations of the University and other guidelines that may be influenced by open expression. The letter requests that administrators amend Section 8.14.5.5 of the Open Expression Policy to curb the dangers of “threats to deny education based on religion, race, sex, gender or sexual orientation.” While we acknowledge this may make students feel more comfortable on campus, we also believe that these guidelines may, in some cases, harm student discourse. Higher education has value precisely as a setting in which students can face and learn from unfamiliar opinions. Confronting one’s own beliefs is an essential aspect of an intellectually fruitful environment and is a necessary step one must take to become an active participant in campus dialogues. Stifling such challenging voices not only prevents the community from objecting to their assertions but also allows these individuals to face no social retribution for their prejudiced beliefs.

The American Civil Liberties Union (ACLU), which advocates for the civil rights of police brutality victims, stands united with us against restrictions of free expression. As its page on campus speech states, “where racist, misogynist, homophobic, and transphobic speech is concerned, the ACLU believes that more speech — not less — is the answer most consistent with our constitutional values.” Ceding the power to punish speech to an institution that minority groups, as is evident in the aforementioned letter, believe to be ignorant of their needs could not possibly result in greater respect for free expression. We share the concerns regarding administrators’ abilities to resolve issues in an unbiased manner and, as such, we naturally oppose such expansion of administrative power. While we are genuinely empathetic to the feelings of alienation held by many students at Emory, allowing the University to arbitrarily censor speech it deems to be hateful under the vague guidelines provided in the letter’s request to amend Section 8.14.5.5 is not the answer. It would not only fail to assuage these feelings but also unjustly silence students’ voices.

Our goals are similar to those espoused in the letter — promoting student safety and increasing student body engagement with the community — but we are concerned that its approach to doing so will stymie meaningful dialogue. The place for controversial or even provocative arguments is in the classroom and in community demonstration, not ambiguously-phrased restrictions on speech. The University robustly protects political dialogue, yet has shown itself entirely willing to investigate and punish bad actors who intend only harm, such as occurred following anti-semitic vandalism at the Alpha Epsilon Pi fraternity in 2014. We support many parts of the letter, including continued funding for BCJ, expansion of protesting rights and increased training for Emory Police Department officers, but we are deeply concerned that proposed regulations of student speech and activism will suppress dialogue on a campus that has shown unique respect for student voices. 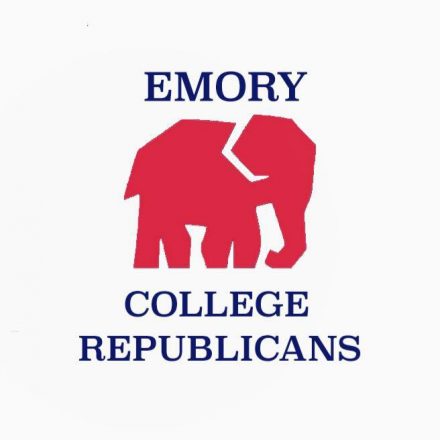