The Emory Alumni Association, the Student Programming Council (SPC) and Emory Athletics have organized events this month to raise awareness and encourage support for the battle against breast cancer.

Among these annual events are a 5K Color Run, cookout and athletic matches, with all proceeds going to Emory’s Winship Cancer Institute. These efforts have raised more than $10,000 dollars annually, according to Elijah Ajayi, Emory Athletics events and marketing director.

The money is “for a great cause – for Winship. … They are doing great work with cancer research,” Ajayi said.

The first event is an inaugural 5K Color Run on Saturday. Check-in for the run is scheduled for before 9:30 a.m., and the run commences at 10 a.m. on McDonough Field. The official Think Pink basketball game, which is free, will take place Sunday, Feb. 17. During this event, the Emory Eagles women’s basketball team will play against Carnegie Mellon University at 2 p.m.

Families affected by breast cancer, survivors and researchers will discuss their journeys during halftime. A raffle, in which participants can win an iPad, will occur that day and students can purchase a $20 grab bag filled with goodies.

Uncle Maddio’s Pizza Joint, Willy’s Mexicana Grill, and Pig N Chik will also donate a percentage of their sales money from between Feb. 11 and Feb. 13 to Winship.

According to College sophomore Niyeti Shah, SPC’s special events chair, the events aim to broaden SPC’s focus from only Dooley’s Week and Homecoming.

The 5K, SPC’s main event for Feb., has allowed the organization to work with new sponsors and establish a program that is different from the organization’s other events, Shah said.

“We’re so excited to see [the run] come together and hope that it can become a new Emory tradition.” Shah said. “We have been working hard to secure vendors, create the course, lock down locations and make sure we have everything ready for our expected 450 runners.”

Originally, the organizers expected only 250 to 300 participants, but with the popularity of 5Ks in the United States and with the help of the various organizations publicizing the run, the event grew, Ajayi said.

College sophomore Katherine Joseph said she decided to participate in the run – her first 5K – after hearing about it last semester. The cause and the opportunity for Emory to showcase its participation in the Think Pink weekend prompted her to partake, she said.

SPC expects to hold the event again next year, according to Ajayi, but may modify the course in order to accommodate all the requests to participate. This year, SPC had to end registration early because the course was already at extreme capacity. 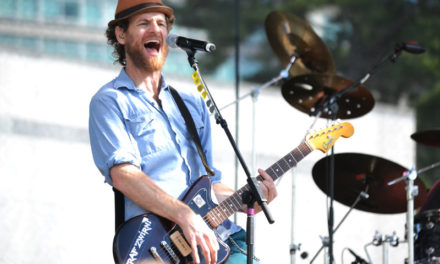