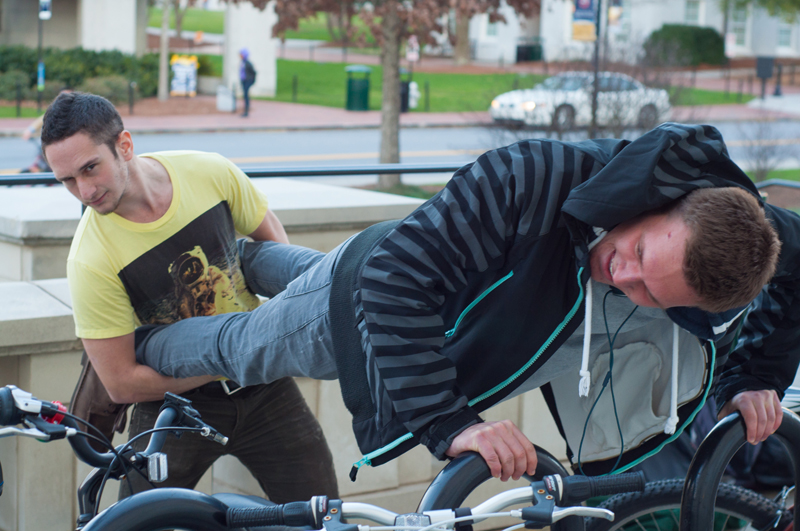 Wow! Have you seen these guys? I’m sure you have. They are too hip to walk (or shred) by unnoticed. If you haven’t spotted them, here’s some help: they’re usually bombing some hills with their longboards, getting into trouble with pedestrians and/or listening to really cool witch-house music like oOOoO or Purity Ring.

I guess it would make sense if you haven’t noticed them – they really only come out at night. They are like a different species filled with mystery and misery. Their deep interests in music and cinema add a fourth dimension to their realities, a kind of Time Cube if you will. The ladies go insane when they look their way. They are the notorious #StripeSquad.

The Stripe Squad consists of College sophomores Mateusz Nawara and Bobby Weisblatt. Mateusz is a double major in mathematics and economics, and Bobby is a double major in English and film studies. Not to pigeonhole them, but to absolutely pigeonhole them, the two’s choices in majors somewhat reflect their choices in attire. I’ll elaborate a bit later.

You may be wondering why they are referred to as the Stripe Squad. Mateusz and Bobby believe in the pop-culture phrase of “do it yourself,” and decided to shave stripes on the left side of their heads. I’m not going to tell you who started the trend, i.e. who did it first. Mateusz did. But that’s not to say Bobby isn’t original – his thick, singular stripe differs from Mateusz’s dual-stripe. This look adds a kind of abstract nature and asymmetrical look to their normal choice in clothing. For example, even if the two were to go shredding (riding a longboard) in a plain white T and jeans, their haircuts would still add a stylish touch to what would be a somewhat unoriginal outfit.

Let’s break it down.

A part of being hip is wearing things that don’t make sense to anyone including yourself. I know he’s not an aspiring astronaut, unless that’s what an English degree gets you these days, but Bobby seems to like space. A lot. His obscure yellow-colored shirt just screams space. Maybe he thinks that living on Earth is too mainstream, and reality lies within the intergalactic space. Perhaps he is #spacepunk, but this is all just speculation.

However, Bobby’s loud shirt contrasts with his dark skinny jeans, emulating his personality. His personality is leaning towards very hip, whatever that means. His black lace-ups complete the hip-look.

Mateusz’s color scheme is a bit more mellow and minimal. His calculative mind, hence the double major, is depicted through the mix of greys and blues in his jacket and v-neck. He wore the perfect jacket to be a part of #StripeSquad (see: the many stripes). This was a coincidence. Unless #StripeSquad is using subliminal messaging to subtly recruit more members. I hope that’s not the case. Anyways, “his” navy-blue headphones coupled with his classy, brown loafers add the finishing touches to what could have been a pretty average outfit. Don’t worry Mateusz, you’re so much more than average. You’re something like … #cyberpunk.

Well, there you have it. A quick introduction to the fashion behind the hippest guys at Emory. From their odd choices in pastimes (metal mosh pits) to their intriguing choices in attire, these are two of the coolest guys to ever walk this marble-slabbed campus. Ladies and gentlemen, if you are ever given the opportunity to converse with the infamous Stripe Squad, I urge you to take it, because why would you choose catfish when you could have caviar? 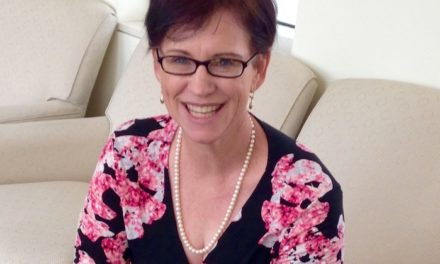