An attempt is being made to steal the presidential election from its certified winner, Joe Biden, the man a majority of Georgians and Americans elected as our next president.

Those guilty of this plot to unravel our democracy are Georgia’s Republican leaders. As GOP officials in the state’s General Assembly began holding hearings to entertain the Trump campaign’s unfounded allegations of voter fraud, election workers, state officials who oversaw the election and Democratic state legislators have received death threats in conservative internet circles. The lies of widespread voter fraud that President Donald Trump, Georgia Senators David Perdue (R-Ga.) and Kelly Loeffler (R-Ga.), and numerous Republican state legislators have either actively promoted or tacitly endorsed are threatening not only democracy, but also the health and safety of those who work tirelessly to protect it.

Hearings intended to fix Georgia elections are necessary — problems like lengthy lines at polling stations and the state’s drawn-out history of voter suppression demand solutions. Yet instead of acting against those issues, prominent Republicans in the state are targeting the imaginary specter of voter fraud. To do so, Republican state senators have proposed a law that would require voters to show ID when voting by absentee ballot in future elections.

That proposal would make sense if anyone had actually discovered large-scale voter fraud in the November election, but no one has. Not only is a voter ID law unnecessary, but it, like voter roll purges, is also a typical “Jim Crow 2.0” tactic, used primarily to prevent minorities and young people from voting.

It is also the surest sign of the sorest loser in America doing all he can to discredit the truth behind the 2020 elections. Trump has centered the presidency on himself, so his abandonment of his presidential duties to peddle lies about the election should not come as a surprise. Our democracy seems prepared to survive the strain, but not without dire consequences.

For one, most Republican voters think the presidential election was rigged to ensure a Biden victory. With the U.S. Senate runoff races in Georgia less than a month out, further doubt is being cast on the results even after a second hand recount of the ballots in the state confirmed Biden’s victory. Again.

Even as his office was in the process of certifying Biden’s victory once more, Secretary of State Brad Raffensperger called in the Georgia Bureau of Investigation to help investigate claims of voter fraud, and Gov. Brian Kemp signed off on the move. Though they’ve rejected Trump’s calls to overturn the results in Georgia, Raffensperger and Kemp have proven themselves incapable of staying above partisan pressure. They’re wasting our taxpayer dollars as they try to uncover fraud that simply does not exist. 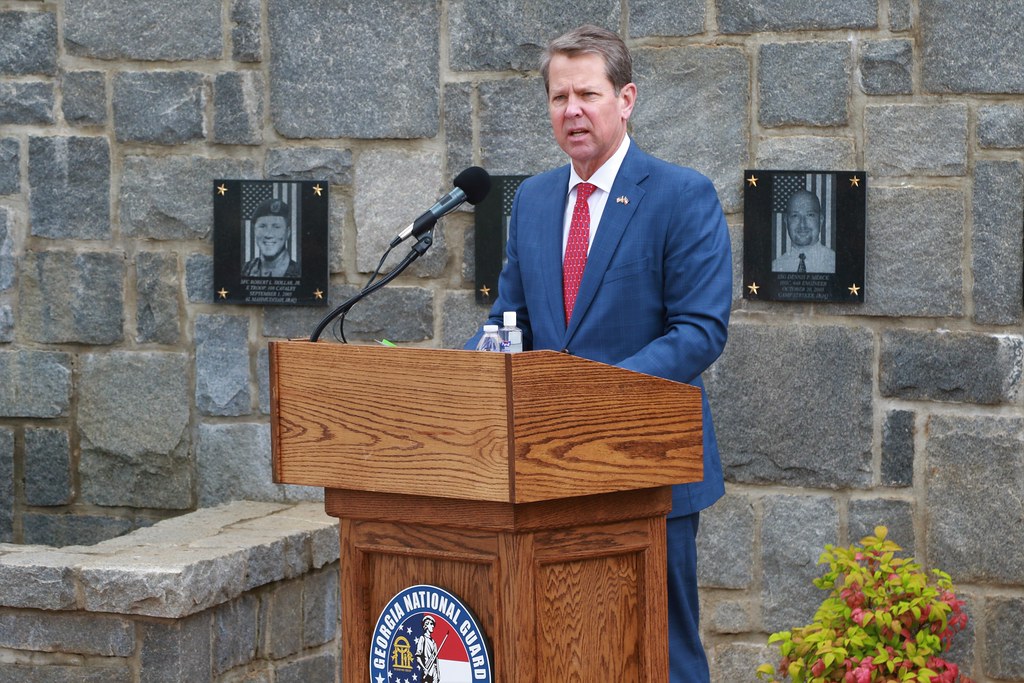 Loeffler and Perdue, both of whom are vying to hold their seats in the runoffs, are true leaders in the Trump disinformation campaign. When they demanded their fellow Republican Raffensperger resign despite his oversight of one of Georgia’s best-run elections in recent memory, the two senators showed their true colors. They are Trump’s lap dogs, little more than “profiles in cowardice” who recently endorsed the failed lawsuit led by Texas Attorney General Ted Paxton to throw out all votes cast for president in Georgia, Pennsylvania, Michigan and Wisconsin. In her recent debate against her Democratic challenger Rev. Raphael Warnock, Loeffler couldn’t even bring herself to say that Biden had won the election, instead repeating that Trump could pursue whatever legal recourse he wanted to try to overturn the results.

Some have expressed hope that the senators’ strategy will backfire, as some Trump lawyers trying to fight the Georgia results have called for Georgia Republicans to boycott the Jan. 5 contests. Not so fast. At a rally in Valdosta, Georgia, earlier this month, Trump encouraged thousands of energized attendees to vote in the “rigged” runoffs. As long as their leader tells them to do it, I doubt GOP voters will stay home for the runoffs, even if they, along with Trump, consider the election rigged.

All of this would seem like a bad joke if this mess of lies didn’t seriously endanger the health and safety of so many. Democratic state Sen. Elena Parent, alongside poll workers and state election officials, has gotten death threats from people convinced of Trump’s erroneous claims. And Trump’s personal attorney Rudy Giuliani, who is leading Trump’s increasingly pathetic legal efforts to steal the election from Biden, tested positive for COVID-19 just three days after attending farcical election fraud hearings at both the Arizona and Georgia Capitol buildings. This goes beyond threatening democracy. Trump and the sycophantic Georgia Republicans spreading his lies are directly endangering the people trying to stand up or simply work for it, too.

Even Raffensperger and Gabriel Sterling, Georgia’s voting system implementation manager, called on Trump directly to stop spreading dangerous misinformation, citing threats to Parent and poll workers as well as the election’s definitive results. Trump’s rank selfishness has reached a fever pitch, and even some elected officials who support him have decided enough is enough. Yet too many sheep in the GOP flock are still blindly following the shepherd of falsehood.

I strongly advise Georgia GOP voters to do some soul-searching and fact-checking. Will you remain loyal to the president trying to steal an election from the man who rightfully won it, or will you decide enough is enough and stand up for the democracy you’ve been undermining by supporting Trump for the last four years? I’m sure those voters hoping to put an end to Loeffler and Perdue’s corruption and fear-mongering would be happy to see you sit out the elections on Jan. 5. Personally, I think democracy works best when as many people as possible, from all different political stripes, vote. But suit yourself.

And to everyone who believes in the results of the presidential elections, as you should, keep speaking up for democracy and fighting the insidious lies of voter fraud by protesting this attempt to steal the election from Biden. Turning out in droves this January to evict Loeffler and Perdue from office would help, too.

This “Stop the Steal” campaign by Republicans unwilling to admit that Biden won the presidency is misleading, to say the least. It is those who voted for Biden, or any who believe in the tenets of American democracy, that should be calling out, “Stop the Steal.” 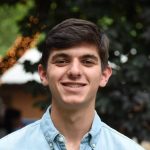