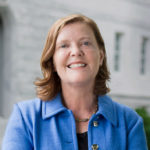 More than one year into her term, University President Claire E. Sterk discussed plans to increase her visibility on campus, re-evaluate the Campus Life dean position description and the steps toward better faculty salary equity and retention in a March 1 interview with The Emory Wheel.

Sterk told the Wheel last year that she expected to spend “spend 60 to 70 percent of [her] time externally focused.” Now that Sterk has gained a foothold on the presidency and has more control over her schedule, she told the Wheel that she plans to host more open community events at Emory to engage with students.

“Students and alumni are the two groups I’ve spent most of my time with, so I’m a little bit puzzled when people say, ‘Oh, you’re not spending enough time’ or ‘We’d like for you to spend more time with the students,’ ” Sterk said. “The lesson learned is that … there needs to be more in terms of public and visible engagement.”

In past weeks, the Office of the President has begun planning large-scale, monthly community events where “we can have fun,” potentially located at McDonough Field, according to Sterk. Additionally, Sterk said she hopes to host at least two coffee or tea with the president events this year that are open to sign-ups. Sterk also pointed to previous “classroom on the quad” events as something she wants to revive and said she was considering putting in more appearances at Wonderful Wednesdays.

Before the search for a permanent replacement for Senior Vice President and Dean of Campus Life Ajay Nair begins, Sterk said she wants to re-evaluate the position description, which was last changed six years ago when Nair took office, and see if the position needs to be modified to align with the University’s current needs.

The president said she aims to start a committee to review and shape the Campus Life dean position by the end of Spring 2018 and finalize the position description by Fall 2018. Emory is willing to pay for students to travel to Emory during the summer to participate in the discussions, Sterk noted.

Sterk charged the Class and Labor Report Committee 2 on faculty, a review of issues related to class and labor, in 2013 when she was the University’s provost. The findings, released by the provost last year only as an executive summary, detailed gender inequities in Emory’s faculty salaries, “significantly” low levels of faculty diversity and lower faculty salaries than those of peer institutions.

In response to the findings, Sterk said that the administration has charged deans and department chairs to focus on “proactive retention” of diverse faculty members, which includes “talking with people regularly about how [things are] at Emory … as part of the annual evaluation.”

She also pointed to the University’s recent cluster hires in the sciences, African American studies and the arts to indicate progress in diversity recruitment.

Salary changes and budget hearings are currently underway, Sterk said. All the deans have turned in salary allocations earlier in the year than in the past, and she said that she hopes to complete departmental budgets in a more systematic and coordinated manner across the University.

Regarding salary inequities, “the people for whom there was a big gap, there have been individual corrections that have been made, because that [is] proactive retention,” Sterk said.

“When you get a different role, you look at [Emory] differently,” Sterk said. “Everything is familiar, but it’s different and people look at me differently. It took me a while to … get used to that.”

Sterk said that in her first year, she has developed three areas of focus: certifying that Emory’s actions align with its mission and values; forming her leadership team; and ensuring that Emory has the resources “to achieve its aspirations and mission.”

“Having a team in place has been amazing,” Sterk said. “We spend a lot of time preparing to get to a place where we will be officially able to [commence] the strategic plan at the beginning of the next academic year.”

The Value of Higher Education

When asked about the value of higher education, Sterk told the Wheel that Emory teaches two concepts that artificial intelligence and technology are incapable of learning or doing: flexibility and empathy.

In a time when people are nervous about artificial intelligence’s impact on the future workforce, Sterk maintained that Emory’s education equips students with skills that are necessary for jobs.

“[Through] critical thinking, communication skills, difficult conversations, analytical skills, we do prepare people for jobs that … we don’t know are going to [exist in the future],” Sterk said. “We teach people problem solving.”

She jocularly pointed to a time when she was on the phone with an automated response and asked an unusual question that required a human.