Stereotypes, stigma and shame: Why we keep getting eating disorders wrong

This article contains discussion of eating disorders, self-harm and suicide

In the public imagination, eating disorders (EDs) are simple problems with simple solutions. The narrative goes, people with eating disorders are exclusively thin, able-bodied, cisgender, straight white women obsessed with portion control and their own reflections. Treatment means force-feeding emaciated girls at inpatient facilities, and prevention involves sharing body-positive social media graphics. EDs are manifestations of vanity, and nothing more. In reality, the group of people living with EDs is diverse, and these misconceptions create a gap between who suffers and who gets help.

Straight, cisgender women aren’t the only ones who suffer from disordered eating. In reality, an estimated 1 out of 3 Americans with eating disorders don’t identify as women; in the U.S., as many as 20 million women and 10 million men will develop an eating disorder within their lifetimes. Despite a dearth of research investigating eating disorders in non-cisgender women, some studies show that those who identify as transgender and nonbinary are more likely to develop disordered eating habits. Sometimes, trans folks turn toward their ED to change their body shape when they don’t have access to hormones.

Not all EDs involve food restriction or vomiting after meals. There are four commonly recognized eating disorders: anorexia nervosa, binge eating disorder, bulimia nervosa and orthorexia nervosa. Anorexia, which involves unhealthy restriction of food intake, is what often comes to mind when we think about disordered eating. Binge eating disorder entails periods of uncontrollable eating to the point of discomfort. Bulimia is characterized by cycles of binging and purging, which can mean induced vomiting, excessive exercise, use of laxatives or restriction. Orthorexia is a more recently recognized ED, and is characterized by an obsession with restricting foods that are unhealthy. As with other EDs, orthorexia is more prevalent among college athletes.

People can have any combination of EDs and symptoms, and diagnoses can change over time. But all EDs share one characteristic: a fixation on food that causes psychological pain and interferes with day-to-day functioning. Panicked thoughts pervade every holiday meal, dinner date and cocktail hour — Am I eating too much? Too quickly? Where can I purge after? — that drain the joy and peace from moments with loved ones.

People who display ED symptoms but don’t fit these narrow stereotypes often go unnoticed, which creates disparities in diagnosis, treatment and, ultimately, recovery. The bulimic people envied for their commitment to exercise suffer uncontrollable panic in social settings with food, and fat people with anorexia are told to count calories to improve their health.

During my first year at Emory, my ED got worse than it had ever been. It took over my life, but because of my own misconceptions of EDs, I honestly didn’t think I was thin enough to qualify as having a “real” problem. As a cis white woman, I knew celebrities with EDs that looked like me, but I wasn’t throwing up after meals, emaciated or reliant on a feeding tube. I was weak and had failed myself; I just had to learn self-love, and tomorrow I’d make better choices.

But I never did, not for years, until I started seeing a specialist that could treat my symptoms. Though I had always attributed my emotional pain to body image issues and societal beauty standards alone, my behaviors were coping mechanisms for deeper problems.

Not merely manifestations of vanity, EDs are a method of self-harm, a way to quiet emotional turmoil or grasp at a sense of control over life. Anorexia is the deadliest mental illness; 1 in 5 anorexia-caused deaths is a suicide. Anorexia can be a form of self-punishment, while binge eating disorder can be a powerful way to dissociate. Like addictions, many EDs act as defenses against trauma, tumultuous home environments, anxiety and other mental health triggers.

My therapist explained it to me this way: my anxiety, shame and guilt keep me in a cold room, and my ED is the blanket I cling to in order to keep myself warm. If I try to remove the blanket, I’ll freeze and pull it back on. I have to turn up the thermostat in the room by treating my anxiety and other underlying issues. Once it’s warm, I’ll be ready to take my blanket off because it no longer serves me. I’ll be able to let my ED go.

For those of you who don’t fit in the neat boxes of a stereotypical ED, who don’t think your pain is bad enough, who live with shame and fear, who don’t think you deserve help, you do. Recovery is hard, and I’m not sure if I’ll ever reach “recovered” in a definitive sense. But, even with the progress I’ve made in the last few months, my life is so much fuller than I ever could have imagined. 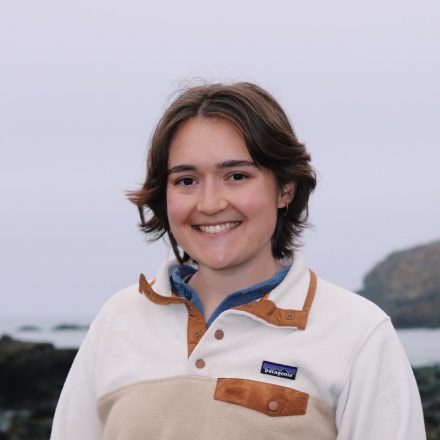 Olivia Milloway (she/her 22C) is from Oak Ridge, Tennessee, majoring in environmental science and biology. She's interested in writing about conservation and what happens when our built and natural environments interact with one another. Olivia is also the producer and co-host of the podcast "The Moment." She hopes to spend a gap year, or two, reporting and writing before heading to graduate school.