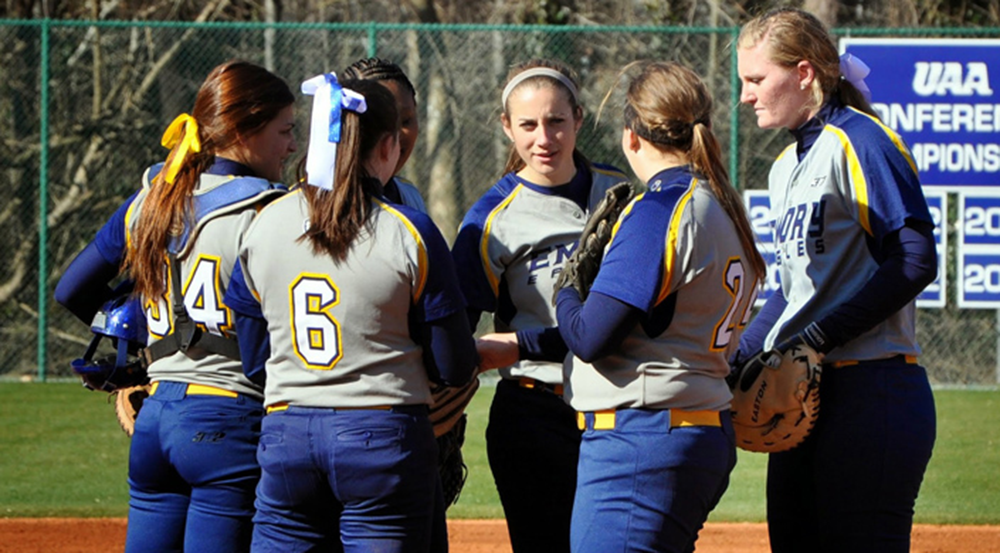 The Emory infield meets for a mound conference. The team wraps up its season away at Maryville College (Tenn.) for their last game of the regular season, today at 3 p.m and 5 p.m. | Courtesy of Emory Athletics

The Emory softball team split a home doubleheader against the Shorter University (Ga.) Hawks this past Wednesday, winning the first 8-6 and losing the second 9-3.

The split brings their record to 29-7 for the season and maintains the team’s eighth-place national ranking.

Emory started out strong. After giving up a run in the first inning, they rebounded with four hits and two runs in the bottom of the first. Sendel hit a RBI double, bringing Pollard home and Powers hit a single RBI to bring Sendel home.

“They’re a really good team, probably the best we played all year,” Pollard said. “Even though we split, it really didn’t feel like we lost at all.

The Eagles stayed strong defensively in the second inning, stopping the Hawks from scoring and picking up two runs themselves. Shorter got three on base in the third inning, and converted one of them into a run, bringing the score to 2-4.

Emory matched their run in the bottom of the third to bring the score to 2-5. After a strong fifth inning for the Hawks, bringing the score to 4-6, the Eagles came out firing with Turnquest’s homer to left field, bringing Powers home as well, to give the Eagles an 8-4 lead. Shorter rallied in the seventh inning to score two runs, but it wasn’t enough, and the game ended 8-6 in Emory’s favor.

“We rebounded after nearly being run ruled in the first game to come back and win the second,” Pollard said. “We learned a lot about our team and our ability to bounce back. We aren’t used to having our backs against the wall.”

In the fourth inning, the Hawks scored another two runs with the Eagles scoring their first, bringing the score to 8-1. In the fifth inning, both teams scored their final runs, Shorter with one and Emory with two. Sendel hit a double RBI to bring Scharff home and Fallahee doubled, bringing Sendel home and making the score 9-3.

In an email to the Wheel, Fallahee wrote about the importance of the upcoming games against Maryville College (Tenn.).

“It’s really important to beat Maryville, so that we stay ranked number one in the region,” Fallahee wrote.

The Eagles return to action today  at 3 p.m. and 5 p.m. to play against Maryville on the road. 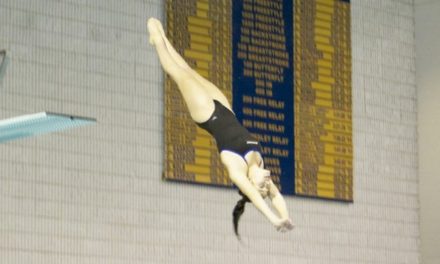