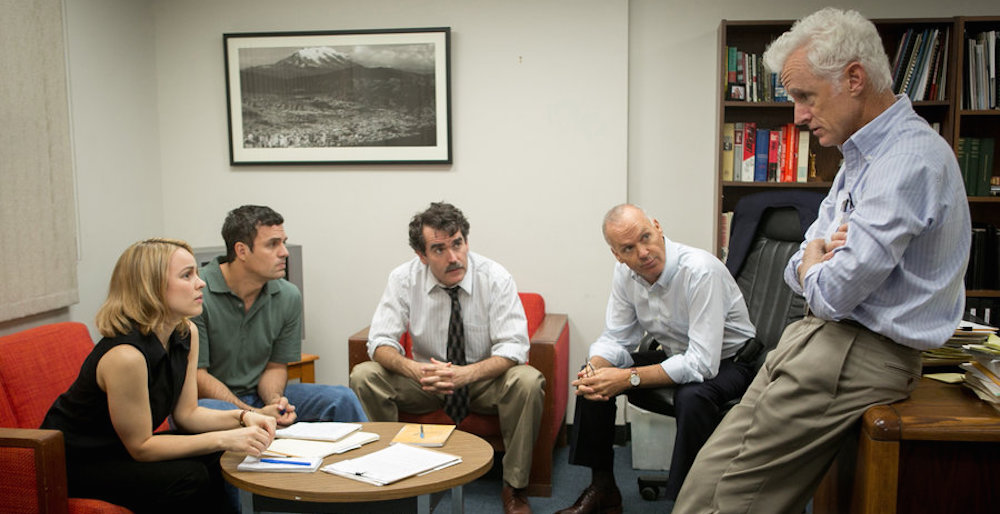 Let’s talk quickly about the importance of investigative journalism. Yes, I understand the weirdly self-congratulatory tone this will have for a review in a publication, but considering it’s in a school that cut the Journalism program, I think it’s something well worth writing.

Investigative journalism is a pillar of a civilized society. Sometimes, certain structures and institutions act in ways which they believe puts them above the rest of society. They believe that what they are doing is more important than what the rest of us do, and that it is well worth keeping secret.

The core of investigative journalism is the absolute necessity of the flow of information and the moral imperative of questioning these structures and powers of society. Through its work, we understand that the powerful cannot and should not keep secrets from the people, and that information is the only way to bring such secrets to the light. At its best, investigative journalism is what keeps us on a level playing field with those who would attempt to hide the truth.

For a much more eloquent ode to the power of investigative journalism, watch Spotlight.

Spotlight’s eloquence does not come from anything grandiose. It has no great drama, conflict or fight against an institution that seeks to destroy the brave men and women who are fighting for the truth. In all honesty, what actually transpires in Spotlight would seem rather rote in description.

But it is that work in the trenches that makes Spotlight immensely powerful. It shows investigative journalists doing their job and the muck and grime that they must go through to uncover the truth. Interview after interview, and meeting after meeting.

Spotlight follows the story of the Spotlight team, a special group of The Boston Globe reporters that set out to uncover the biggest and most important stories. When the new Editor-in-Chief, Marty Baron (Liev Schreiber), gets a lead on a story about the Boston Archdiocese attempting to shove the story of a priest molesting children under the rug, he asks the Spotlight team, led by Walter Robinson (Michael Keaton), to look further into the issue. What they discover is a conspiracy and cover-up going back to those most powerful in the Catholic Church.

Spotlight is a prime example of American filmmaking; clear, effective and moving effortlessly from scene to scene with propulsive purpose. While it is not necessarily artistic in its visual storytelling, it always shows just enough to underline and enhance what’s going on. This is thanks to the work of indie darling Thomas McCarthy (The Station Agent, The Visitor) who, thanks to a recent major failure (The Cobbler), had a desperate need to prove himself again. Spotlight is a phenomenal reminder of McCarthy’s humanity and ever-present sense of the most efficient way to tell the story.

Spotlight also shows how wonderfully McCarthy works with his actors. The announcement that Spotlight would be submitting every actor under the Supporting categories came as a bit of a shock in a movie starring Keaton, Mark Ruffalo and Rachel McAdams. But the second you see the movie, it’s easy to understand why.

Spotlight is truly an ensemble piece. Every actor is important in the overall tapestry, with no one having a chance to run away with the movie. But that’s not to say there aren’t highlights.

While there’s a lot of wonderful character work filling out the margins of Spotlight, the actors at the core of the film are giving it their all. Keaton and Ruffalo (the most likely Oscar nominees from this film) are a wonderful pair, each representing different eras of journalism. Keaton is the cool and collected Walter Robinson, working within the community and using the connections he’s built up to try to find the truth from within. Ruffalo is the fiery hothead Michael Rezendes, pushing his way to the truth without tiring and seeking the truth over the stability of the community because he understands its importance.

And much credit is due to McAdams, who turns in a wonderfully empathic performance as Sacha Pfeiffer, a woman trapped between the generations and conflicted in the change she’s bringing to the community. Schreiber and John Slattery round out the ensemble, with Schreiber turning in an understated and powerfully principled performance as the Editor-in-Chief pushing the story. Spotlight has an incredible bit of ensemble work, with everyone filling a story role while still feeling like real and interesting characters with a lived experience outside of the narrative itself.

But ultimately, I don’t want to say too much about Spotlight. Because you, the reader, need to go see this movie. It’s truly essential viewing. It’s a well-crafted, well-acted movie that creates an understanding of the importance of questioning our institutions and how vital investigative journalism is. And there’s one hell of a story being told while it’s at it.

Spotlight is playing at UA Tara 4 and Regal Cinemas Hollywood 24. 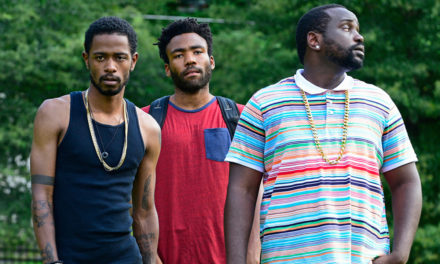 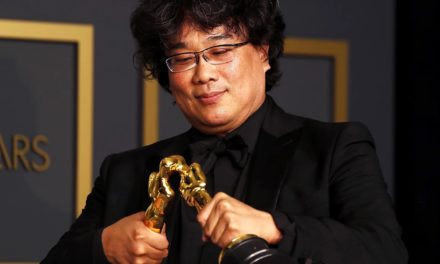 The 5 Best ‘Best Picture’ Winners of the 21st Century 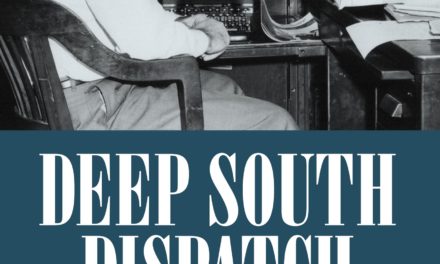 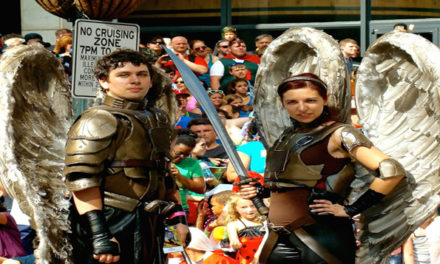