Spotlight on Emory Professors at the Decatur Book Festival 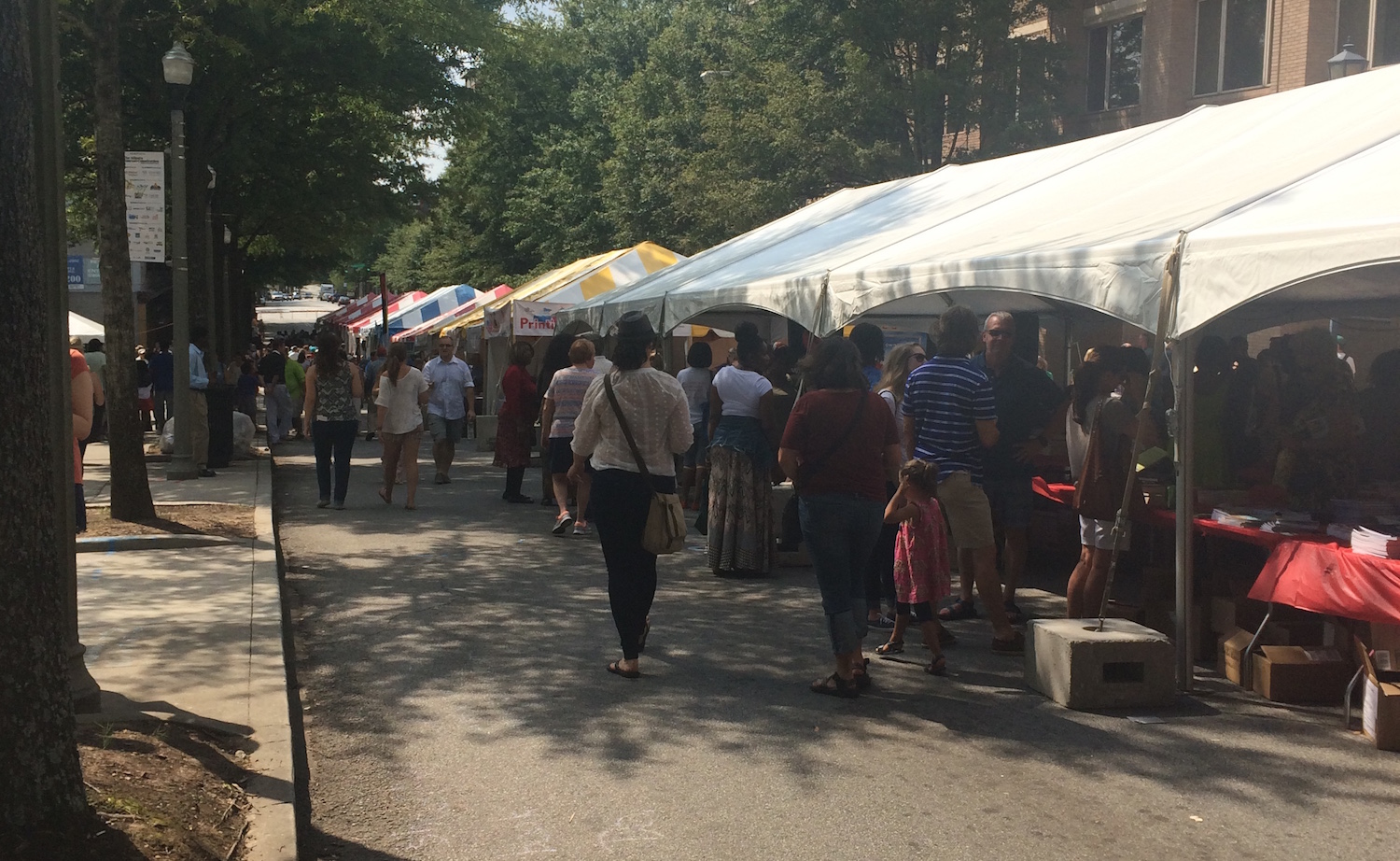 It’s a bookworm’s dream: stalls and stalls of books, local theatre performances and book signings from over 600 authors.

Last weekend, novelists, poets and book enthusiasts came together in downtown Decatur to celebrate literature and the arts at the 10th annual AJC Decatur Book Festival. From Sept. 4 to 6, best-selling authors and emerging writers alike presented their latest works.

This year’s keynote address — which took place at the Emory University Schwartz Center for Performing Arts —  featured authors Erica Jong, whose novel Fear of Flying was regarded as groundbreaking for its portrayal of female sexuality, and Roxane Gay, who dissects contemporary feminism in her New York Times best-selling novel Bad Feminist.

Samuel Candler Dobbs Professor of Anthropology and of Neuroscience and Behavioral Biology Melvin Konner addressed the role of evolution in relationship formation between men and women in his lecture, “Women After All: Sex, Evolution, and the End of Male Supremacy.”

Konner expressed his enthusiasm about this year’s event, even though he has presented at the festival in the past.

“My experience this time was even better,” Konner said. “The people who handled my visit and my talk and book signings were professional and supportive … the audience was enthusiastic and responsive.”

Along with Konner, Elena Conis, an assistant professor in the department of history, presented her new book Vaccine Nation, which dissects the culture of vaccination in the U.S. and addresses two opposing ideas: the recent controversy behind vaccinations and the widespread acceptance of the long list of vaccines for children.

While Conis attended the Decatur Book Festival in previous years, this year was her first time presenting.

“The Decatur Book Festival is unbelievable,” she said, as fans came to speak with her and ask for autographs at her booth. “It’s so cool that for two and a half days, so many people come out — drawn here just for books and for the love of reading. It’s wonderful to be a part of it.”

Both Konner and Conis noted that the passion of the presenters and festival-goers alike was a common theme throughout the festival.

Emory Creative Writing and English Professor Joseph Skibell echoed that same idea and explained the relationship between Emory, the arts and the local community.

Skibell delivered a lecture about his new collection of stories, “My Father’s Guitar and Other Imaginary Things.” A shift from the style of his other three novels, which intertwine elements of history and fantasy, his latest book delves into more realistic life situations and complications.

“It’s all about the warp and woof of ordinary life,” Skibell said.

Skibell said Emory and the arts community of Atlanta are connected through a wide range of talented artists.

“It’s a very vibrant place in terms of the artists we have on campus, working mostly as professors. There’s a slew of really talented people that aren’t professors and are associated with Emory — musicians and filmmakers and people like that,” Skibell said. “We bring so many people to Emory through the Center of Creativity and Arts and other venues.”