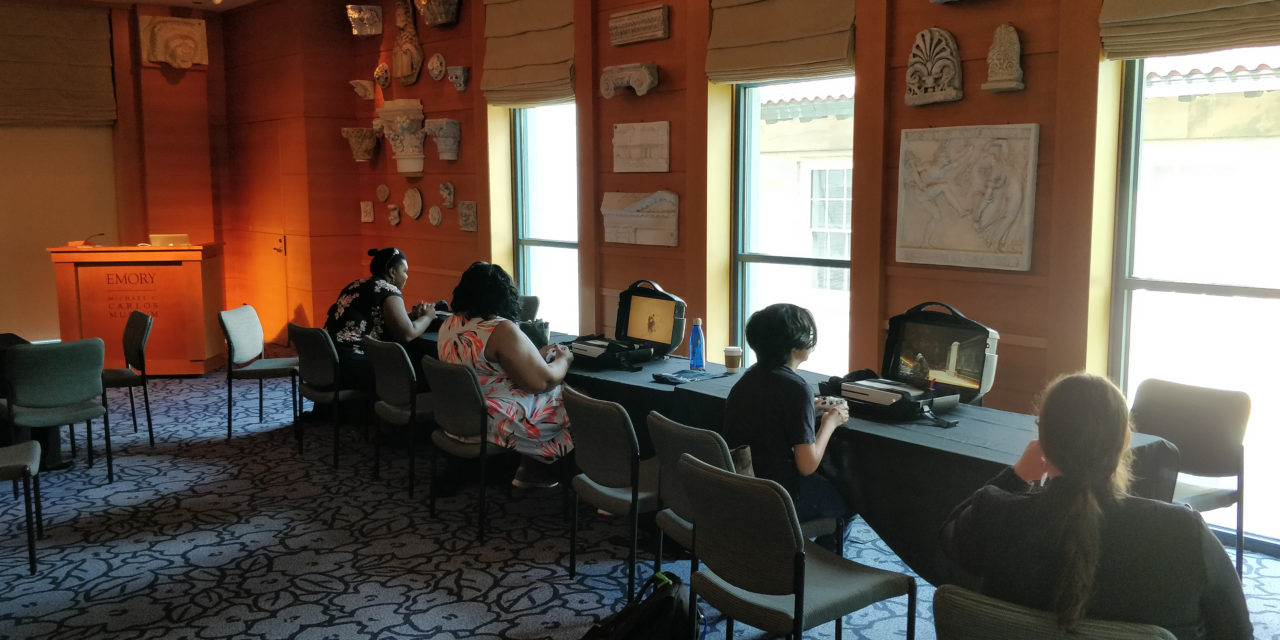 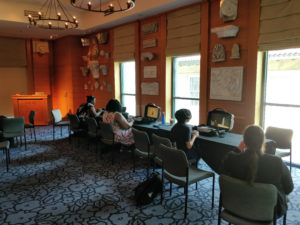 In the past few weeks, Emory has housed events from “Pizza and Picking the Dean” to Goat Yoga. Following this trend of odd combinations, the Michael C. Carlos museum hosted its Assassin’s Creed Discovery event on Sept. 22. The event combined the interactive, historically accurate depictions of Ptolemaic period Egypt and fifth century Greece in “Assassin’s Creed Origins” and the upcoming “Assassin’s Creed Odyssey” with the academic capital of Kira Jones, an art history Ph.D. candidate at the Laney Graduate School.

The large space of Ackerman Hall was adorned with several Xbox Ones borrowed from the Microsoft Store in Lenox Square, each with access to Discovery Tour Mode of “Assassin’s Creed Origins.” A projector also allowed people to watch gameplay of the upcoming “Assassin’s Creed Odyssey,” which is scheduled to release on Oct. 5. Intermittently throughout the day’s 11 a.m. to 5 p.m. timeslots, Jones hosted tours through the various exhibits of the Carlos Museum, integrating real exhibitions with the themes and history depicted in both of the games, synthesizing the wanderlust of the exploration of “Assassin’s Creed” with factual evidence.

Though Assassin’s Creed is traditionally associated with stealthy missions and extravagant boss fights, the Discovery Tour of “Origins” is more similar to a virtual museum tour. In it, you can choose to go on a tour of one of the many monuments in Ubisoft’s depiction of ancient Egypt, with a glowing, yellow path highlighting the intended trajectory of the tour. At each point of the tour, the narrator discusses the historical significance of the area you are in, even going as far as to explicate what Ubisoft changed when making “Assassin’s Creed Origins.” This mode isn’t intended to be a game as much as it is a point-and-click lecture.

At this point, though I was amused and interested, I found the game mode to be a bit too dreary and prescriptive. As others have noted, play became too caught up in specifics to the point of boredom. The game did a good job of presenting information, but did not allow the information to come to life. The overworld of the Discovery Tour is barren of any semblance of interactivity, so while the sprawling deserts of the game might seem exciting, they are devoid of any incentive to actually explore.

That being said, what made the experience worthwhile was the inclusion of both representatives from the Microsoft store and Kira Jones, Emory’s local expert on Egyptology. Though the overworld roaming mechanics of the tour were rather barebones, the store representatives’ intimate understanding of the map proved useful in pointing players towards areas of interest, from Sphinxes to pyramids with secret rooms. This ensured that players did not waste too much time wandering an empty, virtual desert. From an informative standpoint, Jones simplified the often overwhelming amount of information displayed in the game, turning pure information into a greater narrative of what ancient Egypt was like. Jones mentioned that the people who visited the event ranged from “8 year olds to middle-aged people.” Even if I was sometimes overwhelmed by the sheer amount of information Jones threw my way, the little bits that I retained were helpful in understanding the premise of the game. Like me, the diverse group of people initially enticed by the prospect of a video game stayed because of the vivid stories presented by the hosts.

To further explain how the world of “Origins” fits into a larger history, the three tours at the Carlos, offered at various intervals of the day, helped to not only shed more light on Ptolemaic Egypt, but also act as a segway between “Origins” and “Odyssey”’s portrayal of fifth-century Athens and Sparta. I attended the third tour titled “The Myth, History and Art in Assassin’s Creed Odyssey.” Jones led the tour, talking generally about the world portrayed in Odyssey that we got to see in gameplay trailers through the use of artifacts like the bronze cuirasses: helmet and leg greaves that typically made up the Spartan soldier’s armor. Going into nuanced specifics of these details helped to breathe narrative life into the historically accurate story of “Odyssey.” No longer was armor just armor in the trailers of “Odyssey;” I could now understand how every minute detail of the game fit into a larger historical narrative.

At the end of the day, that is a crucial reason why museums exist: so that we never forget the stories and narratives of the past. Though I might have some critiques about “Assassin’s Creed Origins Discovery Tour,” the event at the Carlos Museum taught me that mediums like video games can effectively and accurately immortalize the stories of the past.

Sibo Wang (20C), who attended the event, said he had little experience with “Assassin’s Creed” but still found the event a good presentation of Ptolemaic-era Egypt.

“The event itself was creative as an outlet to connect gamers with the history [of ancient Egypt] … even though I’m not a gamer myself,” Wang said.

To clarify, neither the Carlos Museum nor The Emory Wheel are to be held responsible if you fail your classical mythology exam because you thought it would be a better idea to binge on a video game than actually do your readings.