This review does contain spoilers. You will be warned when they are coming.

The promise of Skyfall was simple: After three films of rebooting and recontextualizing James Bond, the pieces were finally in place for a more traditional James Bond story.

It was a promise that the Daniel Craig-Bond era would stop resting on the laurels and the appeal of Casino Royale, a film that made a seismic impact by deconstructing the character at his beginning and turning him into a brutal and more tortured soul. Essentially, Casino Royale is beloved because it asked and answered the question of how to create a realistic version of the super spy that is James Bond.

But what the filmmakers here seem to have forgotten was that the arc being set up, the goal of the Daniel Craig era, was to deconstruct that character so he could ultimately be reconstructed. A James Bond more nuanced and real, but, nonetheless, a James Bond.

So, it’s a great disappointment that Spectre drags it heels by taking another film to set up James Bond and attempting to further draw a continuous story for this version of the character, rather than letting itself indulge in the antics that it has ultimately earned through three other films.

Yet, somehow, that great disappointment isn’t the worst part of Spectre.

Following on the events of Skyfall, James Bond (Daniel Craig) is in hot pursuit of a criminal organization hinted to him by the late M (Judi Dench in a brief video cameo). This path leads Bond to the trail of worldwide terrorist network Spectre, led by the mysterious Franz Oberhauser (Christoph Waltz). While this is going on around the world, MI6 is threatened in London by very different forces. The new head of the Joint Intelligence Service, C (Andrew Scott), questions the need for the 00 Agent Program and seeks to shut it down in favor of drones and intelligence gathering. Naturally, the current M (Ralph Fiennes), along with the team of Moneypenny (Naomie Harris) and Q (Ben Whishaw), look to do everything they can to stop C from his plans for almost total worldwide surveillance.

There’s a lot going on. Spectre has two parallel plots, each of which could sustain a whole film. Each plot has its own themes and ideas, and only crosses over with the other in the most tangential of ways. Therefore, to resolve all the plot threads, Spectre is incredibly overstuffed. There is beat after beat of plot, explanation, action and moving from place to place. It becomes overwhelming.

What doesn’t help with this is how Spectre feels utterly incoherent in its movement. Too often, the film is simply a grand collection of scenes — incredibly inconsistent ones. The film staggers and lurches like the Frankenstein that it is, with some moments working, and some not.

Don’t get me wrong, there are some rather cool moments in the film. The opening scene through a Day of the Dead parade in Mexico is an incredibly stylish and cool-as-all-hell (even if totally pointless) tracking shot that serves to kick off the film with a degree of thin-substance fireworks that serve as its MO for the rest of the runtime. And a train-based fist fight between Bond and Mr. Hinx (Dave Bautista in the coolest and most memorable role in the film) is brutal, well choreographed and the kind of excitement that you wish the whole film had.

That’s the problem with Spectre: Some scenes really fire on all cylinders. And some don’t. The ones that don’t drag this film down. They’re boring, largely expository and murder the pacing of the film. In a script full of illogical characters, poorly constructed scenes and dialogue that couldn’t have possibly passed a test in which any of it was said out loud, the pacing is perhaps one of the worst parts. But perhaps the worst of all is the film’s third act twist, which spoils not only Spectre, but also all of the Daniel Craig-era films.

For any Bond fan, figuring out that Christoph Waltz’s Oberhauser is classic Bond arch nemesis Ernst Stavro Blofeld, leader of Spectre and the Nehru-jacketed/scarred/cat-stroking villain that inspired a million parodies, can be done without even seeing the film. It’s too obvious a move, and, as a twist, it has no weight. Like Star Trek Into Darkness (2013), it reveals the use of a classic villain in a way that has no significance for anyone in the film. Blofeld’s name has no weight, and the time spent making it a twist could have been better spent giving his character some real menace or evil.

What the film does give Blofeld is a brand new backstory in which James Bond is his foster brother. Spectre explains that Blofeld feels a great deal of resentment towards Bond, as he felt that his father preferred Bond. So Blofeld decided to spend about a decade of his life as a terrorist with the goal of getting back at Bond and ruining his life.

That’s right, Blofeld was behind the whole of the Daniel Craig Bond run. Every villain, every terrible thing, every dead love — Blofeld was “the author of all [his] pain.” It’s one of the most mind-numbingly stupid, insanely illogical, absolutely beyond ridiculous twists. It’s an attempt to connect every film in a way that it is beyond unnecessary, and the logical leaps that it demands are so beyond the pale of what a reasonable film should ask of its audience.

And yet the film spends no time explaining it. It tosses this “twist” off, expecting the audience to simply be OK with it, even though it demands to change and color our perspective of an entire run of films.

I’ve spent a lot of time on story and script because it’s the film’s biggest problem. It’s going to override and color every perception of this film, and completely explains the middling to negative reviews — the rest of the elements are fairly strong.

The cast is solid. Daniel Craig’s Bond remains an all-time great. He has a certain degree of casual confidence that has grown in this film, increasingly playing into the conflicted sociopath that is Craig’s Bond, and remaining as effortlessly charming as ever. His supporting MI6 team, though woefully underused, all play off Bond perfectly, especially Ben Whishaw’s playfully antagonistic Q. Andrew Scott brings a certain nerdy bureaucratic menace to C. And Monica Bellucci, as Lucia,  does the most she possibly could with less than three minutes of character.

It would be a perfect cast if it wasn’t for Lea Seydoux’s Madeleine Swann, a Bond girl with a wet paper bag-esque chemistry with Daniel Craig and a line delivery that is so impossibly let down by the editing. And she still has to be compared to Eva Green’s Vesper Lynd (the best Bond girl of all time). Or Christoph Waltz’s Blofeld, who’s given absolutely no time to make an impression and whose usually menacing or badass soothing delivery serves here to make him feel more like a middle manager than a terrorist ring leader.

Spectre looks phenomenal. Thanks to the flair of cinematographer Hoyte van Hoytema, there’s enough stylish eye candy for a couple of films. While not as hypnotic or seductive as Roger Deakins’ work on Skyfall, there’s some really strong imagery going on here, even if the action tends to be a little unevenly filmed from time to time.

But visual flair and strong acting just aren’t enough. An incredibly weak script and story, a toxic third act twist and major league pacing problems mean that Spectre ranks safely in the bottom half of the Bond films.

But never worry, James Bond will return. Hopefully no worse for this wear. 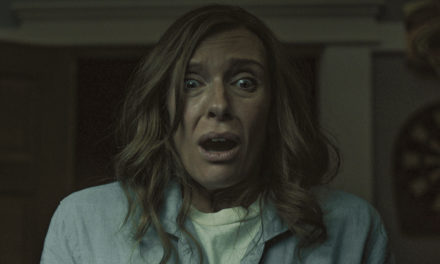 A ‘Gentleman’s Guide’ Worth Following 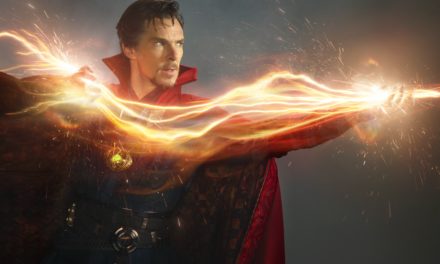