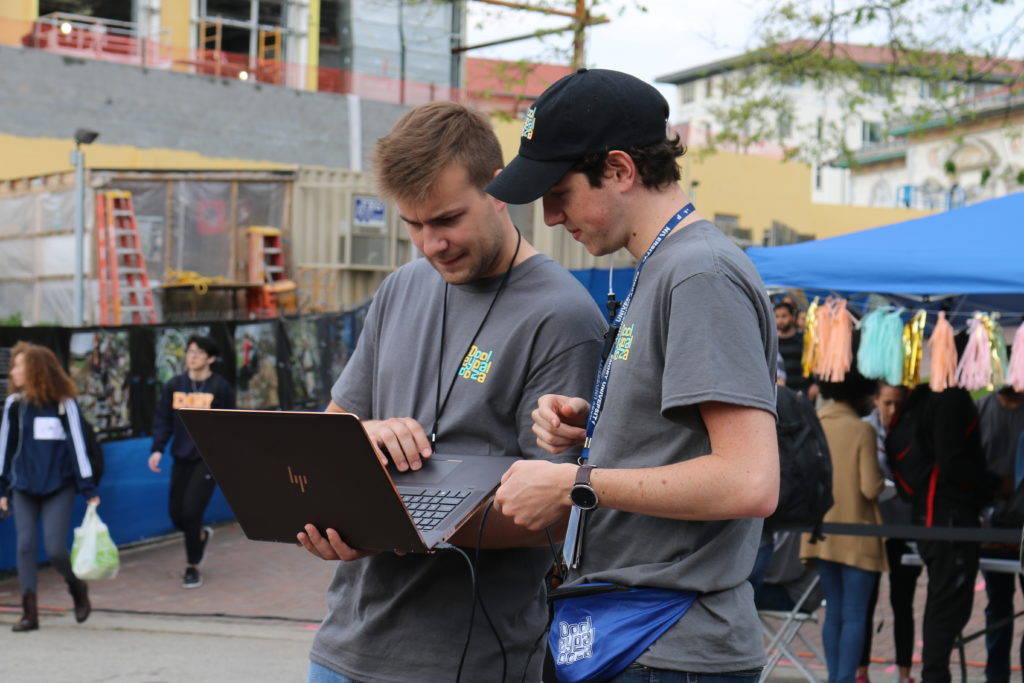 Working under the assumption that Campus Life would provide them with additional funding, the Student Programming Council was forced to cancel several Spring 2018 events./Ayushi Agarwal, Photo Editor

Several Student Programming Council (SPC) events that were scheduled for Spring 2018 were cancelled because SPC did not have enough money to fund them after the Student Government Association (SGA) split decreased SPC’s funds by 20 percent.

SPC had planned events for the 2017-18 academic year based on the assumption that Campus Life (CL) would make up the about $56,000 in funding that they lost after the referendum that split SGA into two autonomous graduate and undergraduate bodies, according to former SGA President Gurbani Singh (18B) and former SPC President Tamara Ezzat (18B). However, Assistant Vice President for Community Suzanne Onorato said that CL did not promise to contribute money to SPC to make up for the deficit.

SPC’s overall budget dropped by 20 percent, or $87,500 last Spring, after the landmark referendum to split SGA. SPC was reclassified as an Executive Agency (EA) instead of a University Wide Organization (UWO), which requires a club to have 15 percent of its membership to be graduate students. As an EA, SPC does not receive funds from graduate students’ Student Activity Fee (SAF).

Ezzat maintains that CL initially offered to help assuage SPC’s deficit for two years after the cut, although she acknowledged that CL did not promise to provide the full $87,500.

“[CL] agreed that there would be a transitional period of two years to ensure that the deficit would not affect student activities,” Ezzat said. “It would be a … period for SPC to recover and learn how to program and find an alternative to get this funding. It wasn’t a promised full amount [but] a promised help with budgeting.”

Ezzat said that SPC determined in February 2018 that it needed an additional $56,006.02 in funding for programming they had planned for the 2017-18 academic year. She added that she was “assured” by CL representatives that determining funding and submitting a formal budget immediately was not urgent when she asked them about it in 2017.

“[CL said], ‘Don’t worry, you’ll submit a budget and you’ll get your money.’ [SPC] worked through planning both semesters and splitting up our budget in accordance to the amount we actually got from SGA and this $56,000,” Ezzat said. “We planned out our entire year including our concert, special activities, and we were informed [in February] that we did not need to turn in the budget urgently.”

Onorato said that CL did not offer $56,000 to the group. CL told SPC to work from a zero-based budget and re-prioritize programs, with the acknowledgment that their funding would be lower than the previous year due to the new distribution of the SAF, according to Onorato.

“That’s not the perspective that I would share,” Onorato said when asked whether CL agreed to cover SPC’s $56,000 deficit. “We made it pretty clear that there was not going to be a separate allocation from CL to offset that budget. … We did expect them to work from a zero-based budget to really reallocate that funding.”

Onorato said that CL offered to discuss monetary assistance for “high priority” events if SPC felt they could not fund them on their own but that SPC never approached CL following an initial meeting about SPC’s budget in Spring 2018.

“[Former Senior Vice President and Dean of CL Ajay Nair and I] didn’t hear back from [SPC], so from our perspective we believed that they were figuring that out and working with their adviser to develop a new budget that would accurately reflect the new allocation,” Onorato said.

Singh, who was involved in talks among the two groups, said that herself, acting on behalf of SGA, Ezzat and former SPC Treasurer Eli Patt (18C) asked multiple times for a written document from CL affirming that they would provide $56,000 in funding but was told that it was unnecessary.

“There was a reassurance multiple times that if SPC submits a proposal to CL that they will do everything in their power to make sure the undergraduate student experience does not suffer,” Singh said. “We asked for a formalized process and they reassured us we did not need to have this in writing, that everything would be taken care of.”

Patt echoed the students’ desire for a written contract.

“I tried over and over and said, ‘Can we get this in writing?’” Patt said.

Onorato said she was not aware of a request for a written contract.

“I was never approached about a written contract,” Onorato said.

Onorato and other CL representatives met with Ezzat and other SPC leaders on March 16 to discuss SPC’s funding situation after Ezzat requested the $56,006.02 in early March. CL denied SPC’s request at the meeting, according to Ezzat.

“We planned the entire year with the idea that we’d be getting this money,” Ezzat said. “Essentially, we’re in a position where it’s late March … and we’re forced to cut programming to save other programming that we already planned for.” SPC cut some events for Dooley’s Week, held April 9-14, and will be unable to organize any more events for the remainder of the academic year, Ezzat said.

Onorato said CL offered to provide funding only after SPC requested funds from other sources, including SGA and the Graduate Student Government Association (GSGA).

“[CL was] willing to assist but the expectation was to go through and figure out along the way … what they needed,” Onorato said. “It wasn’t just to make sure that the same programming that’s always been done could happen at the same level because we knew that wasn’t the case.”

CL was willing to support specific programs, Onorato added. SPC did not follow up after the meeting and assumed the group did not need additional funding, Onorato said. She added that SPC would need a compelling reason for needing monetary assistance, as CL would need to offer similar assistance to all student groups to be equitable.

“[SPC] was approaching it from the perspective as doing the programming the exact same way it had been done before, and, with the new budget, that’s just not going to be possible,” Onorato said.

SPC received funds from SGA, College Council (CC) and the Oxford Student Activities Committee to cover events that had already been booked for Dooley’s Week after CL denied their request. Ezzat said she did not approach CL for funds again after they made it “very clear” SPC was unlikely to receive them.

“[CL] made it very clear to me that they had no money to give us, and there was no way we were going to get it for this year,” Ezzat said.

Onorato said she does not believe that the reduction in SPC’s funding has hurt the undergraduate student experience.

“I think the SPC has been able to do really incredible things this year,” Onorato said.

Singh said that she thinks that the CL department lacks a clear hierarchical leadership structure.

Singh said she would like to see an increase in transparency between CL and student government leaders to ensure that the undergraduate student experience doesn’t “suffer” like she believes it did this year.

“Students in this entire process were very prepared, organized and actively sought out a formalized process,” Singh said. “We want to ensure that in the future … there is some accountability for CL to ensure that the undergraduate student experience isn’t going to suffer like it did this semester. We were reassured multiple times that we’d receive this money to fund our programming and it didn’t flesh out.”

Onorato said that students must face the repercussions of the referendum in which they voted to split SGA into an undergraduate SGA and GSGA.

“I don’t know if it’s fair for students longterm for us to fill that gap — it just elongates it two years,” Onorato said. “Since this was a decision that students made to separate, CL can’t decide we’re just going to pretend like that didn’t happen and make sure that everyone has the same amount of money.”

Singh said that she believes communication “broke down” not only between CL and SPC but also among the CL employees themselves.

“There’s very little organization, things get lost all the time,” Singh said. “People at the top are not communicating well with people below them. Things need to be clearer in terms of staff leadership and just better … established. [Ezzat and I] were trying to retrace exactly where communication broke down and it’s on so many levels, and that’s why CL as a whole should be held accountable for this.”

SGA Adviser and Director of the Student Involvement, Leadership and Transition (SILT) office Lisa Loveall did not respond to multiple requests for comment. An automated email said she is on leave until May 14.