Visualizing the South: The House that Malick Built 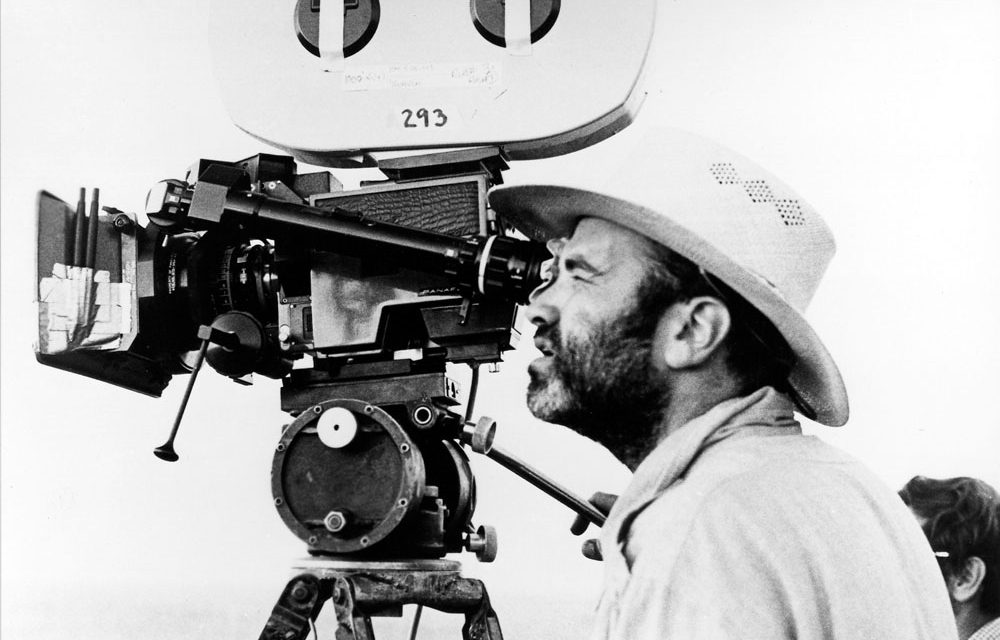 The big house appears in countless depictions of the Old South as a symbol of the quasi-feudal, agrarian system that once governed the region. If cotton was king, the plantation house was the castle. Upon approaching the ruins of one such domicile, the narrator of William Faulkner’s “Absalom, Absalom!” notes, “the dead furnace-breath of air [which] seemed to reek in slow and protracted violence with a smell of desolation and decay, as if the wood of which it was built were flesh.” The building, reeking with the odor of neglect and heavy with the memories of countless enslaved people that died in its construction, is the ultimate haunted house, a potent symbol of the South’s dark past.

There’s a house in Terrence Malick’s “Days of Heaven” (1978) too; a gray gothic wonder that stands alone amid a vast sea of wheat. The house has no outbuildings, decorative shrubs or other intermediaries between itself and the landscape — it might as well have dropped out of the sky. The house’s owner, portrayed by playwright Sam Shephard, is unnamed. The other characters and credits refer to him only as the “Farmer,” and these intentionally artificial elements contribute to the fable-like quality of Malick’s film.

Laborer Bill (Richard Gere), his significant other Abby (Brooke Adams) and Bill’s little sister Linda (Linda Manz) arrive at the Farmer’s homestead fresh off the train from Chicago, where they fled after Bill accidentally killed his mill foreman. It is 1916, and although many aspects of Southern life remain the same, America has industrialized. Bill and Abby join a large team of workers, using steam tractors to work the Farmer’s Texas wheatfields.

The advent of industrial technology has done little to erode the old social order. The Farmer pays his workers, but life is hard and Bill does not hesitate to take advantage of the first opportunity he stumbles across. Upon overhearing that the Farmer has only a year to live, Bill convinces Abby, with whom the Farmer is clearly infatuated, to return his advances. Soon, the entire family (including Linda) is safely ensconced in the big house, with Bill claiming to be Abby’s brother. This arrangement can only last for so long, and when it ends, it ends violently. The movie climaxes biblically, with locusts and a ferocious fire that oddly enough, leaves the big house untouched.

Malick never appears especially concerned with psychologizing his characters, or with advancing the plot at all. Strange, dream-like intrusions, including scenes of a group of Italian circus performers who land their cherry-red airplane in front of the porch, recur.

The camera often lingers on the landscape in intimate, quiet moments of perfection. Malick’s landscapes almost seem to breathe. Deer drink from the creek as thunder rumbles in the background, and huge storm clouds boil and churn over endless wheat fields. The director also takes pains to show the small pockets of humanity that spring up in places like the Farmer’s work camp. In one of the most engrossing scenes of the movie, Linda watches two other fieldhands dance and fiddle before joining in herself.

The fieldhands are the only Black characters in the movie, and the absence of racial diversity is indicative of Malick’s skewed depiction of the South. It’s strange to see, in a movie about labor in Texas, more Italians than Black people. It’s as if Malick decided that adding a racial aspect to the story would bring too much reality to a dreamy, fable-like story.

Malick’s Texas, shot in Alberta, never feels quite real. Production designer Jack Fisk built the farmhouse out of plywood, though its 3D construction sets it apart from the typical one-dimensional “facade” of the day. Once again, the house epitomizes Malick’s film, a strange, beautiful work that’s never quite what it seems. 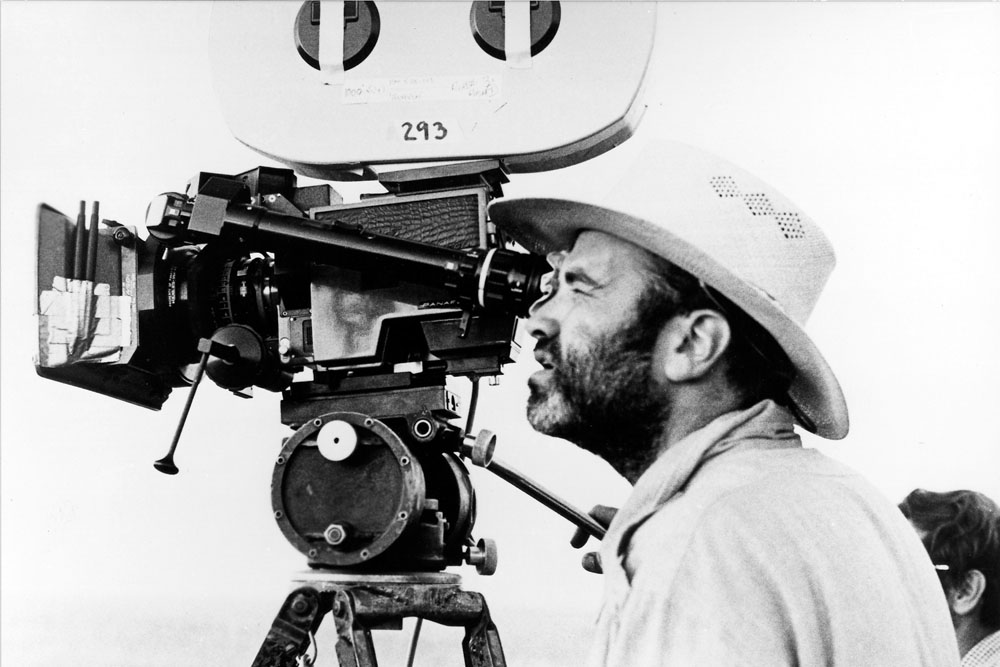 Terrence Malick during production on “Days of Heaven” in 1978. (Wikimedia Commons/Jester-being)

While his attention to the minutiae of the southern landscape never wavers, Malick remains remarkably unconcerned with the details of southern society. This is not a criticism; Malick has a singular, unique vision. However, I can’t help but notice that this vision depends on a kind of sandpapering process, in which all of the racism that underpins the entire agricultural system of the South is erased. This lack of engagement with race is especially notable against Malick’s scanty plot, which depends on an entrenched class hierarchy and labor system to function — a hierarchy and system that derives directly from slavery. Without slavery, the Farmer would not have his title, and without that title, there would be no story.

There’s a decent argument to be made that “Days of Heaven” is basically a good old-fashioned Southern potboiler with all of the lurid details cut out. One could also argue that the movie has taken the plot of an airplane-read, bodice-ripper and raised it to heights of terrifying pretension through a deliberately opaque script and pretty cinematography. I would disagree with the second point. Malick knows exactly what he’s doing. He has taken a genre known for its twisty plot, pop psychology and emotionally damp performances (Tears! Blood! Less savory bodily fluids!) and turned it into a deep, thoughtful study of the landscape of the industrialized South in the early 20th-century, a harshly beautiful place struggling to modernize. The characters are rendered almost allegorical, the narrative a mere sketch.

The house, both grand and a little silly like a fairytale mansion, comes to represent the entire old order, in the way that grand houses often do. The Farmer, a man who is dying and yet does not die, likewise stands for an entire zombified class.

In an interview, Malick described the farmers as “almost nothing more than businessmen … [who] felt nostalgia for those days of yesteryear where they were themselves caretakers of their earthly riches.” Compared to the hellish industrial centers of Chicago glimpsed in the movie’s prologue, the Farmer’s estate seems almost quaint. He’s behind the times, surveying his lands from horseback like a medieval lord. In contrast to the Farmer, Bill cannot ride a horse. When he tries near the film’s end, the animal flees. The fact that this occurs shortly after the Farmer has met his end at the point of Bill’s screwdriver is significant. Bill can kill the Farmer (with the tool he uses to fix a motorcycle, his preferred ride and another symbol of industrialization) but he cannot take his place. Later, Bill is gunned down by men on horseback. The old order dies slowly, in fits and starts.

This article is the first installment of a column discussing the representation of the American South in films. Read the other articles in the series here.