Despite narrowly avoiding collapse, SoundCloud still remains a commonly-used music streaming service. SoundCloud, unlike competitors Spotify and Apple Music, allows new, unknown artists to upload their music easily. Therefore, up-and-coming artists — particularly hip-hop artists — are often discovered on SoundCloud. But by allowing a wide spectrum of experienced and inexperienced artists on SoundCloud, the platform also gained a reputation for primarily hosting tracks with low production quality and amateur lyricism, discouraging those with a self-proclaimed “sophisticated” taste in music. What those skeptics fail to realize, however, is that the new style marks a generational shift that’s consuming the hip-hop scene.

SoundCloud has largely been responsible for supporting a subgenre of hip-hop known as “mumble rap.” Described as having “incomprehensible” lyricism with rappers typically using mumbling in tune with the instrumentals to create an appealing flow, the subgenre became prominent in the United States,and later made waves internationally.  Artists such as Lil Yachty, Playboi Carti and Desiigner are especially notorious. “Mumble rap” has influenced artists such as Rich Chigga, Higher Brothers and RIN. It’s given birth to a new subculture focused around “Soundclout.”

Rap artists that have intense amounts of hype surrounding their music and style are notorious for having “clout.” The artists hold several similarities in style, execution, music video production and visuals. Some listeners assume that the artists lack distinct characteristics, but their cultural backgrounds allow their unique styles to flourish. For example, each artist often makes low budget music videos with what’s around them. For Higher Brothers, that meant using surrounding temples in their homeland, China. Their video might have cost them less than a few hundred dollars to produce and film, but fans were in awe of their original visuals, which differed from popular hip-hop music videos.

Despite language barriers, the shared style in this new generation genre helped foster for global collaborations between artists. For instance, Higher Brothers featured U.S.-based rapper Famous Dex in one of their top tracks, which introduced both Famous Dex’s and Higher Brothers’ fan base to a new circle of artists. That intermingling helped international artists start touring in the U.S. Rich Chigga performed this past summer at Rolling Loud Festival in Miami, one of the largest hip-hop music festivals in the United States. His U.S. visit also presented him with an opportunity to sign with EMPIRE Distribution. Through a large online fan base that interacts on a global scale, artists like Rich Chigga have a better chance of joining the professional music industry.

It is impressive that a movement based in the U.S. has made such an impact so quickly, since it was mainly driven by inexperienced youth. But one must question whether the line between appreciation and appropriation is being crossed, with artists echoing styles of a black artist-dominated genre. For instance, Masiwei, the lead rapper from Higher Brothers is seen rocking dreads in his music videos, which is a blatant example of appropriation.

Hip-hop music, as always, will continue to be the one of the most influential genres on a local and global scale. As this movement within rap continues to envelop the music scene, it will surely transform the dynamic between upcoming self-made artists and the traditional hip-hop music scene. 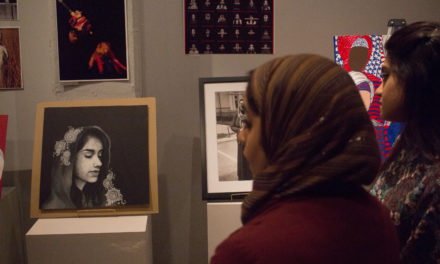 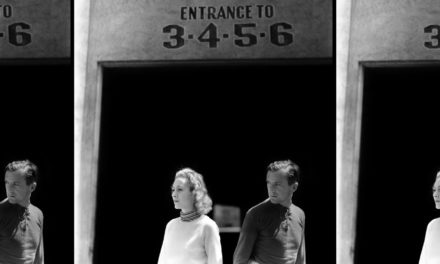 Beaton Was a True Original, But ‘Love, Cecil’ is Not