Softball Finishes Season with a Pair of Wins 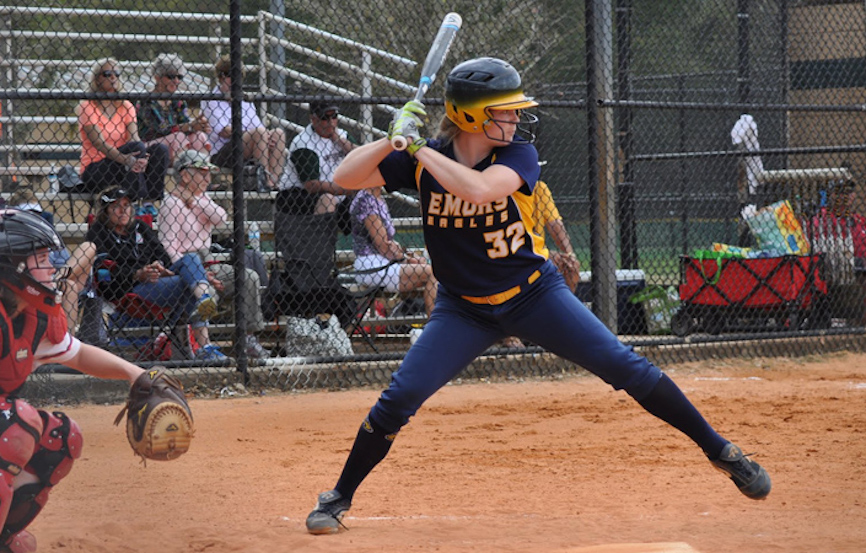 Junior pitcher Brittany File (29-2) got the start in the first game and threw six innings of scoreless softball. File struck out 13 batters and walked four, in addition to allowing only a single hit. The effort was good enough for File to pick up her 30th win of the year.

In the second game of the doubleheader, Emory defeated LaGrange 12-3. The five-inning game was pitched by committee. Freshmen Madeline Maday, Toko Miller and Klamath Henry and sophomore Raygan Greer contributed to pitching the five-inning game, with no pitcher going more than two innings. Maday got the start and allowed two runs. Miller relieved her and eventually got the win, her first of the season.

The first four hitters of Emory’s lineup all recorded multi-hit games. Senior centerfielder Alyssa Pollard, junior left fielder Taylor Forte, Carter and Powers all finished with two hits. In addition, senior second baseman Amy Wray and Herrmann also finished with two and three hits, respectively. Pollard, Turnquest and Carter all knocked in multiple Eagles with two, two and three RBI, respectively.
Emory finished the regular season with a record of 40-4. They now await the decision as to whether or not they will participate in the regional postseason tournament.