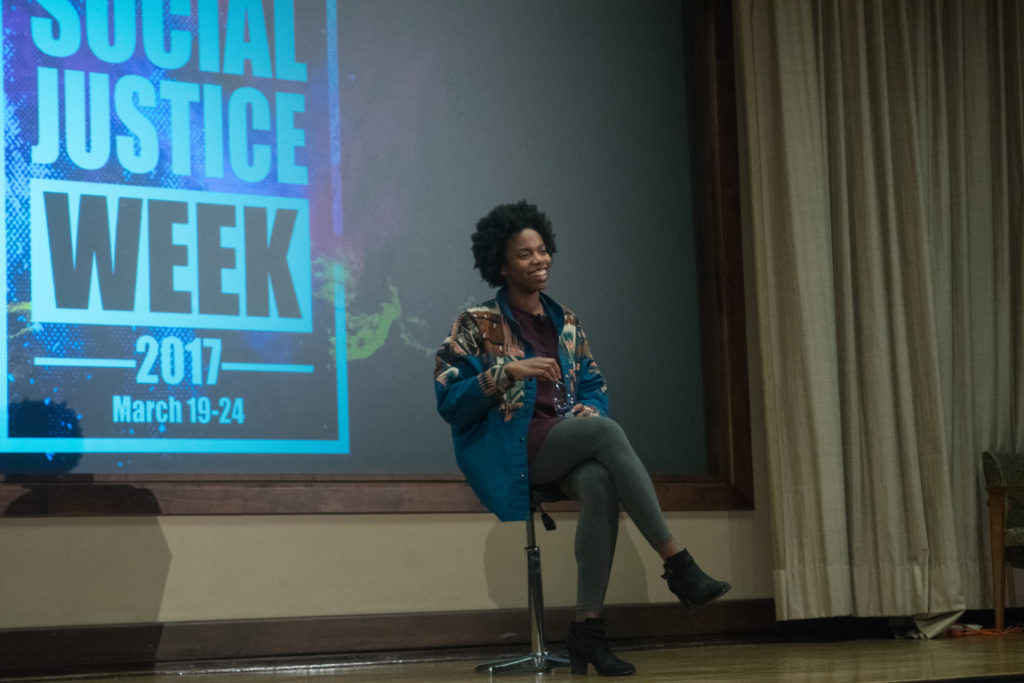 Comedian Sasheer Zamata speaks to the crowd about her experience as a black woman in the entertainment industry at College Council’s ‘State of Race’ March 24./Sarah Taha, Staff

Saturday Night Live (SNL) cast member Sasheer Zamata is not afraid to talk about race, and she’ll make you laugh while she does it.

“I put [race] into my material because I can,” Zamata said. “It’s not a concern of mine if this will hinder my popularity.”

CC chose Zamata for her role on SNL and previous work in social justice, according to CC Co-Vice President of Programming Arooj Khalid (18C).

“She talks a lot about discrimination and colorism and is outspoken on women’s rights,” Khalid said. “She’s also a comedian, so we thought that she’d have an interesting spin on race.”

With a light touch of humor, Zamata urged the audience to interact with people different from themselves and learn to collaborate with and help others.

“You can use your privilege to help other people. I use my white boyfriend to help me hail cabs,” she said, explaining how she waits for her boyfriend to flag down a cab in New York, before running into the vehicle, and shouting “Black Rides Matter!”

Although her mixture of comedy and race can sometimes be tricky, Zamata said she feels that race is an important topic to explore because it affects everyone and always will.

“We can try to ignore [race] as much as possible, but it still exists,” Zamata said. “We can talk about these things and not have to agree, but hopefully each party can learn something and grow eventually.”

Much of her material also touched on the importance of discussion. In several of her stories, Zamata emphasized that “we need everyone to be a part of every conversation if we want the messages to be heard [because] if you don’t include everyone you’re not having a conversation.”

Several attendees asked Zamata questions about her journey into comedy and work with social justice.

Adesola Thomas (20C), who was excited to hear Zamata speak, was one of 10 audience members randomly selected to attend a private meet-and-greet with Zamata following the speech and Q&A session.

“I’ve watched SNL since I was eight years old, and it’s a very important part of my life,” Thomas said. “It’s such a blessing to be in her presence and to listen to her talk about race and social justice during a politically imperative time.”

When Thomas asked about her role as one of the few women of color on SNL’s cast, Zamata answered, “It’s nice to be represented.”

Alyssa Kim (19C) said that conversations about race at college is crucial.

“I think it’s really important, especially on a campus like Emory, to get dialogue started because we emphasize diversity so much,” Kim said. “We really need to follow through with what we’re saying.” 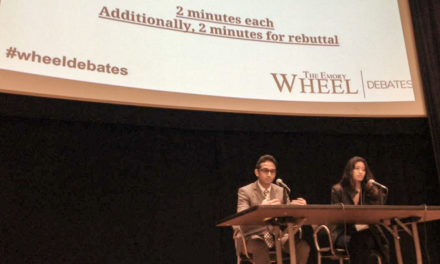