Slur usage in classrooms demands scrutiny from an independent council 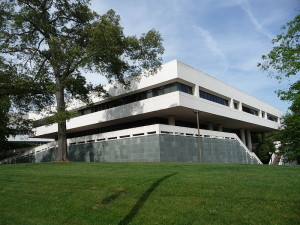 A group of Emory School of Law students staged a walk-out early in September after Associate Professor of Law Alexander Volokh said a homophobic slur in referencing a slogan of the Westboro Baptist Church during a torts class. That incident is not the first time an Emory Law professor’s use of a slur in the classroom has prompted a fiery, campus-wide debate about the boundaries of academic freedom.

To provide greater clarity to the Emory community, the University should create a council composed of students and faculty that will provide guidance to professors when they plan to verbalize a slur in the classroom. The council, using the classroom and academic context, will recommend whether the professor should or should not proceed with using the slur and place clear guidelines on its verbalization.

The council should guide professors on teaching sensitive topics in a holistic yet respectful way and University administrators should work closely with professors on strategies to mitigate misuse of slurs.

Some will likely scoff at this council’s recommendations as an assault on academic freedom for the potential chilling effect it’ll have on classroom discourse and freedom of expression. That criticism is misguided. The goal of the council will be to grapple with verbalized slurs only. Content that is otherwise controversial or politically incorrect for the sake of education will not require purview.

Emory must balance its professors’ freedom to teach how they please with a safe learning environment for its students. A council composed of key stakeholders, such as students and other faculty members, will be best suited to grapple with the debate over slurs in the classroom.

It is important to define “slur” to capture the emotional and traumatic weight associated with their usage, as well as in what sense they are permissible for pedagogical purposes. The Oxford Learner’s Dictionary defines the term as “an unfair remark about somebody or something that may damage other people’s opinion of them.” While slurs used in classrooms are highly unlikely to be directed at a student, saying them in any sense can be degrading to those who consider the term a target of their identity. Any terms demeaning to someone based on status in or affiliation with a certain group, be it in regards to race, sexual orientation, ethnicity, religion, gender, mental or physical ability or any other relevant social category, should be subject to preemptive review by the council.

Federal court precedent renders the outright elimination of slurs within an academic context to be antithetical to academic discourse. However, as demonstrated in Bonnell v. Lorenzo, the 6th U.S. Circuit Court of Appeals ruled that though professors’ rights to both academic freedom and freedom of expression must be protected in classrooms, their rights are not rigid to the point of harming a student’s safe learning environment.

As a private university, Emory has more leeway in determining speech that can result in disciplinary actions on campus. Much of the debate around speech used in the classroom comes back to the University’s “Equal Opportunity and Discriminatory Harassment Policy.” The policy was designed to protect those affiliated with Emory from harassment on the basis of identity. Despite this, the unregulated use of slurs in the classroom undermines the commitment to equality expressed in the policy by exposing marginalized groups to unnecessary stressors.

In a 1995 op-ed from the Emory Report, sociology professor Frank Lechner criticized the University’s discriminatory harassment policy and argued in favor of revising the policy that he claimed infringed the right to freedom of speech we hold outside the classroom.  Since Lechner’s article, the policy has undergone numerous revisions, now noting that discriminatory harassment does not refer to the use of slurs for scholarly purposes appropriate to the academic context. As Lechner claims, justifications for using slurs in a classroom exist in some cases and other professors have upheld that philosophy. Even then, we should continue to question the extent to which a slur is necessary. Does pedagogy weigh above discomfort?

For instance, the Wheel’s reporting found that Professor of Law Kamina Pinder speaks the N-word to her class when reading Martin Luther King. Jr.’s “Letter from Birmingham Jail.” Unlike Volokh and other law professors who have received condemnation for their use of a slur in the classroom, Pinder’s case has never been a topic of controversy. Pinder, who is Black, distinguishes her use of the slur by explaining that the N-word contributes to the emotional power of the letter.  Pinder’s use of the slur has a clear pedagogical purpose and provides her students a clear warning beforehand, permitting students to exit if they would be uncomfortable.

In contrast, Volokh’s use of a slur in class seems less thoughtful or reasonable. While he argued that students must be prepared to encounter slurs with “clinical detachment” while practicing law, his method was less than tactful. Unlike Pinder, he did not warn students he would be using a homophobic slur and did not explain the history of the slur.

The council, while imperfect, would help mitigate potential harm to students by offering counsel to professors who wish to utilize slurs and offer suggestions to minimize the harm of the slur.

Yet, sensitivity to harmful language used in classrooms, no matter the context, does not have to compromise academic freedom. To ensure that there is a fair justification for professors using slurs in the classroom, the University should create an elected council composed of student leaders and faculty to determine whether the verbalization of a controversial slur is permissible prior to class. Recognizing the usage of the slur can serve as a safeguard against the shortcomings of loose procedures and unclear precedent in dealing with these situations. Accordingly, the group will not serve a disciplinary function or serve to monitor the content that is otherwise controversial or politically incorrect. Rather, it will preemptively evaluate cases of slurs used in classrooms and provide recommendations.

When there is no clear pedagogical purpose, refraining from using slurs – words that students or professors claim are offensive, such as any racial, ethnic, homophobic, misogynistic or other epithets – should be rejected by the council. If professors can utilize references rather than explicit terms in the classroom setting when possible, students may also feel more comfortable and willing to discuss problematic words. This way, students may remain aware of the realities of the legal field and engage in difficult conversations on race, gender and inequality.

Outside of a council vetting slur usage and investigating unapproved mentions, professors should work with their students to preempt any such controversy. A couple of potential steps could include clarifying syllabi when course content includes the reading or discussion of slurs and a clear explanation on its purpose. While the council will not solve all of the nuances of utilizing slurs in classroom contexts, it will help mitigate the damage done to students when slurs are inconsiderately used. If the University wishes to stand as a bastion of academic expression while upholding its commitment to protecting student well-being, they must prove it by enacting this council.