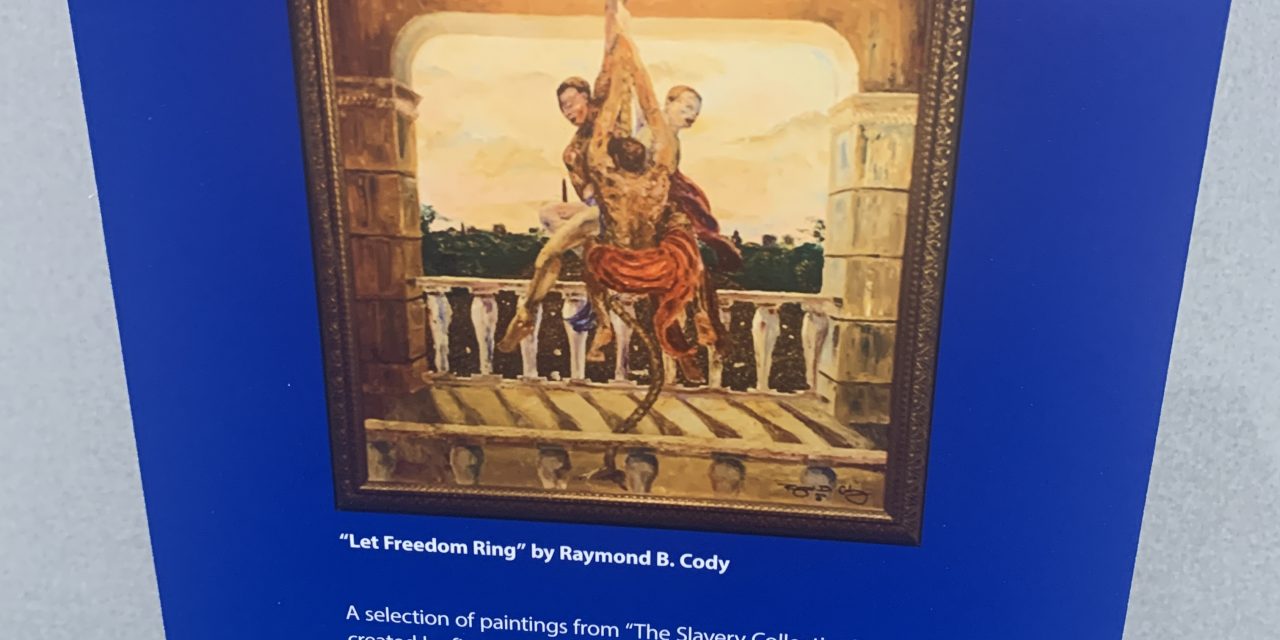 Emory University hosted a conversation on Sept. 30 about how colleges and universities have responded to the afterlives of slavery, specifically in terms of curriculum, hiring and admission processes in the past decade. The event was part of the University’s three-day “In the Wake of Slavery and Dispossession” symposium.

A display of artwork by Raymond B. Cody, an Atlanta-based painter and sculptor, was featured in the back of room N104 of the Emory Student Center. Depicting a woman breaking free from a hair of shackles, Cody described the piece as a painting of the spirit of emancipation. 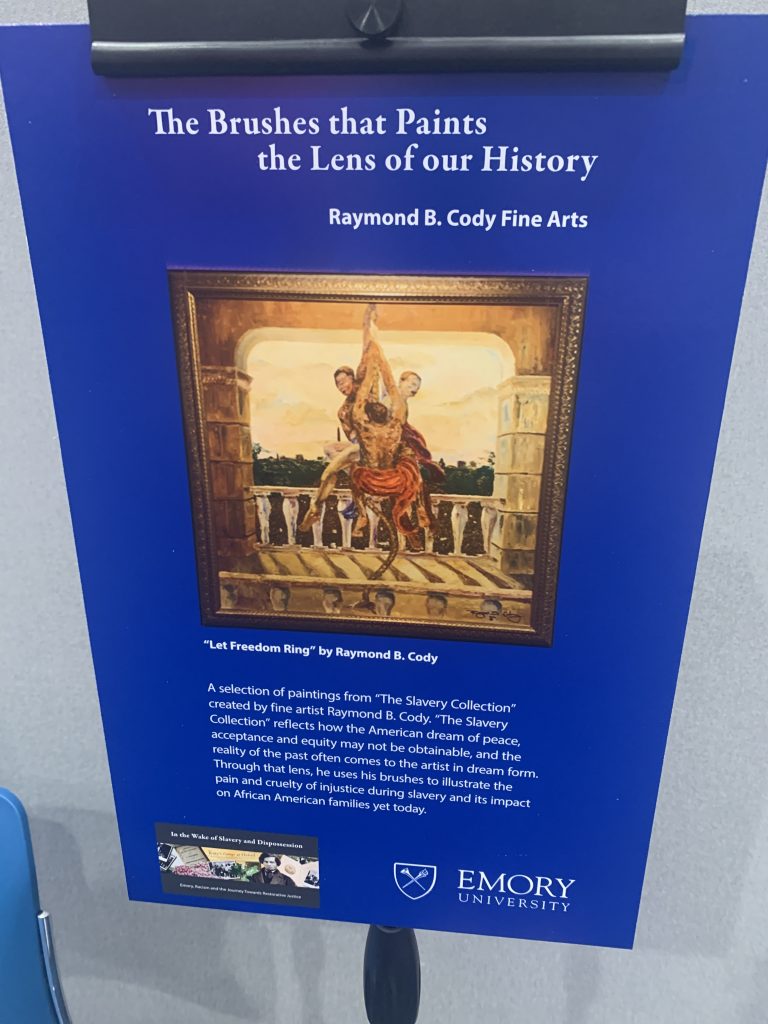 The audience, primarily consisting of local residents and faculty members, heard from panelists Susana Morris and Robert Patterson. Morris is an associate professor of literature, media and communication at the Georgia Institute of Technology and a scholar of Black feminism and afro-futurism. Patterson is a professor and chair of African American studies at Georgetown University (D.C.).

Associate Professor of Pastoral Care and Counseling at the Candler School of Theology moderated the conversation.

Ellison opened by asking about the nature of the afterlives of slavery in 2020, or how educational institutions have dealt with the devastating effects slavery still has on Black Americans today.

Many of the trends seen in the 21st century are associated with the 13th Amendment, which ended slavery except for in “form of punishment,” Patterson said. The criminalization of Blackness allowed the logic of slavery to reconfigure itself, he argued, explaining that this caveat allowed the disenfranchisement of Black people to continue.

“The presumption of the questions that we’re toying at suggest that slavery is something that is to be ‘gotten over,’” Patterson elaborated. “It presumes that slavery is a Black problem. And that fits into a larger conversation where there is an expectation that Black people are supposed to solve the problems that were created for them. And it takes the responsibility off of white supremacy and white racism.”

According to Morris, Black people today are relics of our “primordial past” who are held back by the legacy of slavery and the persistent institutionalized racism present in all facets of academia.

“The faster we get over issues like slavery and so on, maybe Black folk can march into the future with the rest of the civilized people,” Morris said. “The idea of Black feminism and Black studies has not permeated all aspects of the academic space.”

Additionally, the panelists touched on the lack of real action universities have taken to educate their students about the afterlife of slavery.

According to Morris, although requirements to take classes pertaining to diversity are now required by many universities, including Emory, Black studies at Georgia Tech was only recently established.

There is not an African American studies program at Georgia Tech, except for a Black Media Studies program Morris founded in 2017. Additionally, Black History Month celebrations have occurred for less than a decade, and only seven Black women have received tenure at Georgia Tech since 2019, the rest of whom are associate professors.

Altogether, colleges and universities across the nation have a lot more work to do before they can say they have fully  responded to institutionalized racism, Morris said.

“Those of us who have an area of privilege, you have to make moves,” Morris urged. “If you’re at a boardroom table, you have some power. It is your duty to shift structures. It’s these larger structures that steamroll over people.”