Simplicity in the Midst of Chaos 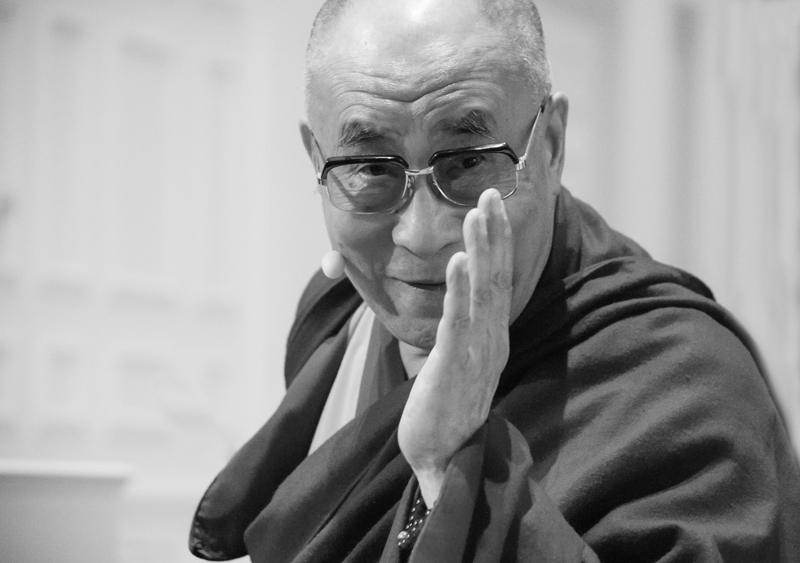 His Holiness the XIV Dalai Lama identifies himself as “just a simple Buddhist monk.” He is much more than that. He is the spiritual leader of the Tibetan people, the greatest and most influential promoter of peace of our time, the Nobel Peace Prize Laureate, a recipient of the Congressional Gold Medal and many other distinguished accolades, author of multiple best-seller books and one of the top 25 political icons of all time, to say the least.

I feel fortunate beyond measures to have had an opportunity to listen to the wise and compassionate words of this great Bodhisattva at three different events organized by our University.

The first event was a public talk entitled “The Pillar of Responsible Citizenship in Global Village,” where the Dalai Lama spoke to more than 8,000 people about the need for oneness in humanity to promote the common good of all. Despite many wonderful developments, the Dalai Lama said that the 20th century was a century of bloodshed and violence. He believes we need to change our outlook on how we solve problems and conflict. Instead of exercising force, he suggested we rely on dialogue to create a more peaceful and compassionate 21st century. He went on to cite many scientific findings, which show how negative emotions such as anger, suspicions and jealousy have adverse effects on physical health, and vice-versa.

He proposed the need for “emotional hygiene” for a more calm, peaceful and blissful state of mind as we already have physical hygiene to stay healthy.

He furthered stressed the importance of motherhood and the need for more female leaders in order to have a more compassionate world.

The second event was entitled “The Panel Session on Secular Ethic in Education,” which featured the Dalai Lama with top scientists and educators such as Director of the Lab for Affective Neuroscience at University of Wisconsin–Madison Richard Davidson and Emory University’s Charles Howard Candler Professor of Psychology Frans B.M. de Waal. The event was moderated by Professor of Physics at Amherst College Arthur Zajonc. In this session de Waal, who works with primates, showed video evidence to demonstrate the presence of empathy and sense of fairness in mammals, and Davidson explained how young infants respond positively to generosity and how they appreciate help rather than hindrance.

In this session, the Dalai Lama stressed the importance of educating the young mind about secular ethics by introducing it in school’s curriculums. While doing so, he clarified the definition of the word secular, which he used in his latest book Beyond Religion: Ethics for a Whole World. For him, secular means having respect for all religions without any biases.

The third event that I attended was titled “Transcending Moral Differences: Can a ‘Secular Ethic’ Unite Us?” which was an in-depth conversation on secular ethics with scholars from Emory University and hosted by the Department of Religion and the Center for Ethics. In this session, Emory Scholars had an intense discussion with the Dalai Lama on Beyond Religion. In this session Philippe Rochat, a professor of psychology at Emory who conducted intensive studies on child behavior, asked the Dalai Lama whether humans are born good or bad, as his studies suggests that human beings have a multi-faceted, contradictory nature. On this question, the Dalai Lama replied that humans have both positive and negative emotions and emphasized the importance of education as a means to bring out more positive emotions. The Dalai Lama then jokingly teased Rochat by saying that he should have a third eye while doing scientific investigation, to which he replied that he does not have third eye. The Dalai Lama then responded by saying if you don’t have third eye, you won’t be able to see reality. This particular part was extremely interesting and thought-provoking to me because when the Dalai Lama said “third eye,” I believe he meant a different outlook and not a literal eye. The very scope of scientific investigation to some extent is limited to empirical and measurable evidence where as there are many phenomenons which are beyond the scope of the very definition of scientific investigation.

After listening to the Dalai Lama for three days at Emory, I learned one thing in particular: to be complex is easy, but to be simple does not come so easily.

Indeed, it is the most difficult thing that we can accomplish. In that sense, he really is a “Simple Buddhist Monk.”

Tsewang Rigzin is a third-year Tibetan Student in the Laney Graduate School, pursing a Masters in Developmental Practice. 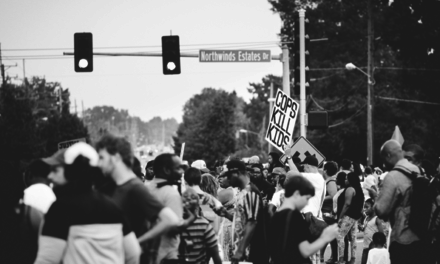