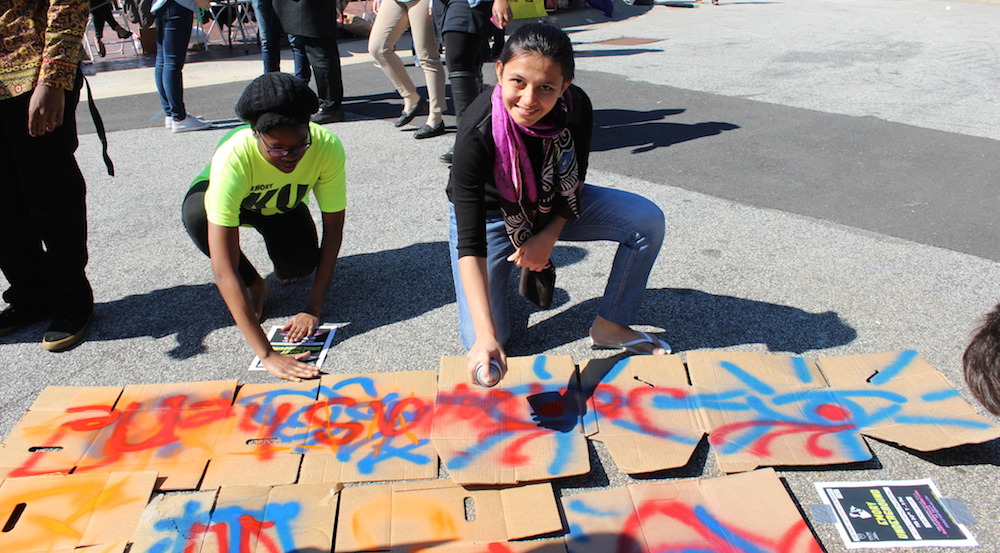 At Wonderful Wednesday on Asbury Circle, students painted graffiti to raise awareness for the Emory Arts Showcase next week. The showcase is an annual student-run event that features various kind of arts including visual arts, music, dance, photography, theatre arts and more.

The Emory Arts Showcase began in 2013 when various members of the Emory arts community joined forces with the Center for Creativity and Arts (CCA) and first-year students living in the “Creativity and Innovation” themed Living-Learning Community of Hamilton Holmes Hall with the aim of providing a platform to individuals of the Emory community to showcase their artistic talents.

After the former iteration of the showcase took a break in 2012, the 2013 showcase emerged with the theme of “re-imagining” the idea of years past.

The initial showcase began as a formal affair, which was more of a competition than a showcase.

This event was open to all of Emory, professors and students alike, where each could arrive at a common area to display their skills and compete.

However, as of 2015, the Emory Arts Showcase has been transformed into a talent show where art forms are displayed with the sole purpose of showcasing the talented individuals on campus.

The 2015 Emory Arts Showcase, titled “Emory Underground,” aims to depict the students at Emory whose talents have been hidden ‘underground,’ under the veils of their academic lives and personalities.

It is a platform and a stage to present them in a form that they are not usually associated with. This is another reason why the Emory Arts Showcase stands out in the realm of the rest of the arts scene on Emory campus. Much of the integration of art into the campus is executed by the Schwartz Center for Performing Arts. While open for all to view, the Schwartz Center provides a pitch to professional artists as well as art forms to inspire and target the students who are academically interested in the arts.

Conversely, the Emory Arts Showcase is a student-run organization, which caters to all majors and provides an opportunity to all students regardless of their academic background or standing.

Submissions such as dance, poetry, visual arts, a cappella groups, comedy, spoken word and even rap are more than welcome. It is merely a celebration of the world of creativity.

“While last year has been quite successful, I’m excited to see the response of the people this time around. I believe it is crucial for people to take this platform seriously and make the most of this opportunity,” Publicity Chair and College freshman Ayushi Ashar said.

Funded by Late Night @ Emory, Campus Life and the CCA, the Emory Arts Showcase has attempted to provide a more fun and interactive ambience this year by decorating the walls of the Cox Hall Ballroom in a rustic manner using waste, ropes, lights and cardboard, which was spray painted by various students that passed by their stall on Wonderful Wednesday. Along with a section for catered food, the Ballroom will also be segmented into sections for the arts, some of which would include the performing arts, the visual arts and poetry, among others.

The audience will be allowed to stroll through different galleries, while also remaining seated until the completion of certain acts to avoid disrespect to the skills of an artist.

The Emory Arts Showcase aims to provide a comforting yet eye-opening experience where the artists are free to demonstrate their creativity and students are able to explore the art created by fellow Emory students.

This Friday, “Emory Underground” looks forward to celebrating vibrant talents from our campus, which have long been hidden.

The Story Behind the Emory Anthem: Alums Look Back 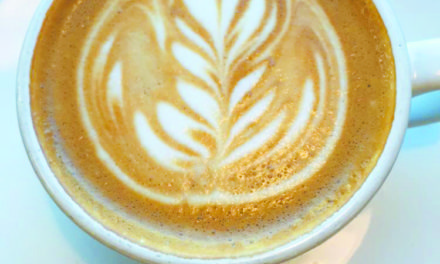 A Guide To the Most ‘Brew’-tiful Cafes 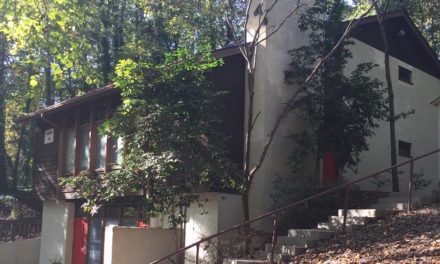