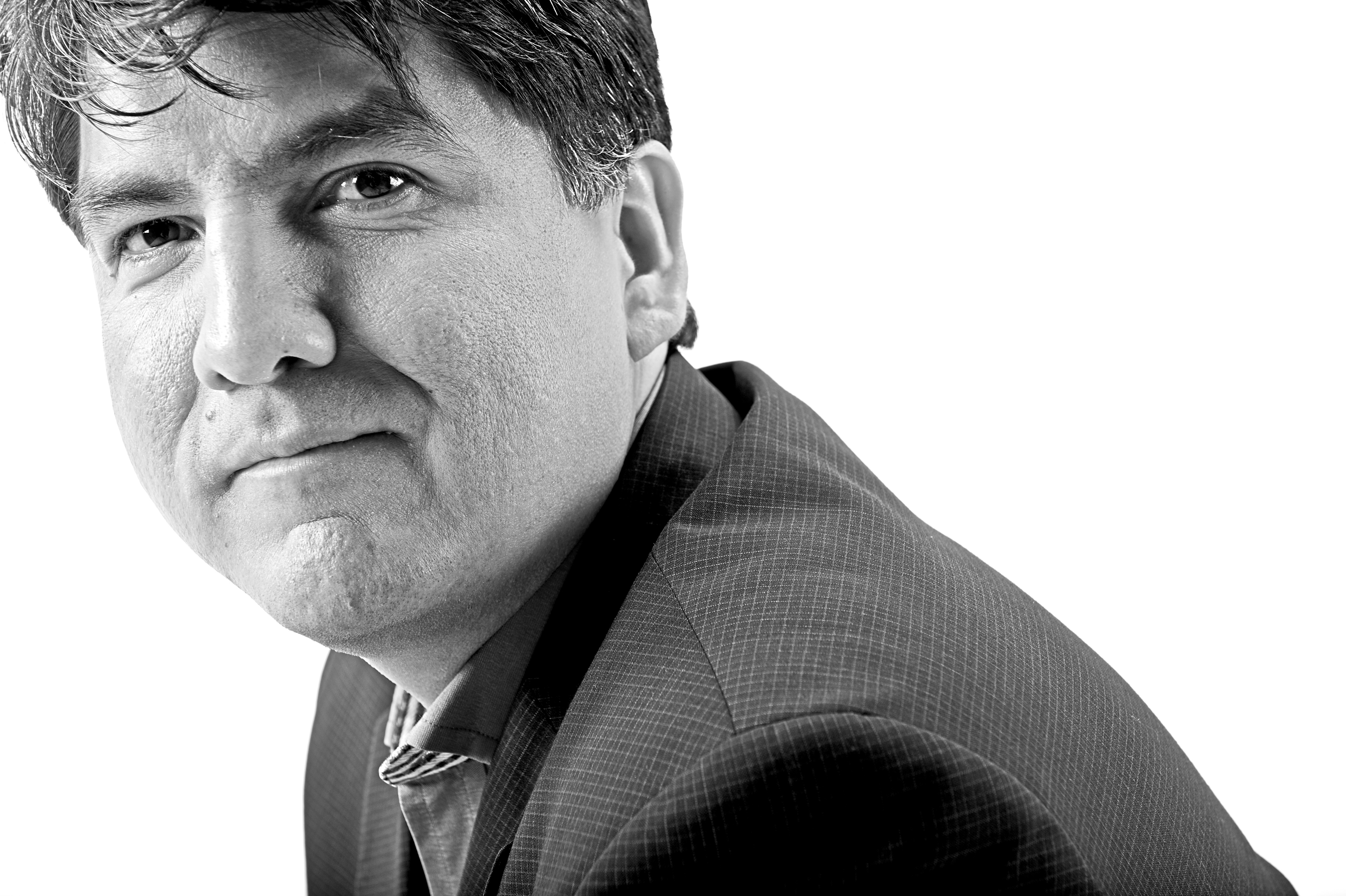 The night before his brain surgery this past December, Sherman Alexie, Jr. stayed up writing 17 individualized poems for those he considered to be his “beloved.” He thought he was going to die. Upon awaking from his surgery, after immediately crying tears of joy after recognizing his own breath, the first thing he asked his nurse was, “Will I still be able to tell stories?”

When recounting this memory to a group of faculty and students in the Michael C. Carlos Museum Reception Hall on Monday night, Alexie started to choke back tears.

“It’ll fade away shortly. I’m gonna be a cynical asshole again soon,” he said, knowing that the audience was startled by the apparent tenderness of a writer so well-known for his biting, dark humor. “But I’m still in the mode of happy to be alive.”

While this story serves as a figurative re-start to Alexie’s life, it also points to a fundamental truth about him as a person and the work to which he’s dedicated himself. On the brink of life and death, all Alexie could think about were words.

Since publishing his first book of short stories and poems in 1992, The Business of Fancydancing, Sherman Alexie has been the figurehead of the Native American literary studies movement, which aims to give a voice to Native Americans in literature. His work has encompassed numerous, often autobiographical, themes including alcoholism, colonization, poverty and violence. But when speaking on Tuesday, he had a specific agenda in mind: to talk about grief and the way in which it has manifested in his own life within the past year.

Alexie interwove multiple storylines throughout the two-hour talk. A story of the nurses who saved his life turned into politics about Donald Trump. Details about his neurosurgeon turned into tangents about basketball (his doctor is the Stephen Curry of brain surgeons, apparently). Dreams about his parents led to conversations about his childhood. Visiting Emory and the Centers for Disease Control and Prevention (CDC) turned into a rant about the lack of people of color in The Walking Dead and a criticism of the Atlanta Braves. And, although there were times when he got lost in his own story and had to ask the audience where he originally started, there was not a moment within the two hours when I felt as if Alexie didn’t know where he was going to ultimately land.

After he wrapped up his long talk, Alexie asked the audience for questions. When an audience member inquired whether his fearlessness is a practiced discipline or an intrinsic part of his nature, Alexie delved into the backlash that resulted from the revelation that The Best American Poetry 2015 included a poem written by Michael Derrick Hudson, a white male poet who, unbeknownst, sent the poem in under the pseudonym Yin-Fen Chou. Alexie was the editor of the anthology for that year, and despite the misleading name of the author’s identity, he kept and defended his choice to include the poem in the anthology, a decision that he said he would easily make again.

Alexie’s intrepidness as a writer is undeniable, but there is always an undercurrent of desolation present in his literary voice — a presentiment of anger that transcended page to podium. His fits of laughter, directed at his own jokes, were almost always instantly followed by palpable sadness, and the reaction of the audience followed the same trajectory.

“One of the dangers about being funny is that people think you’re not being serious. I’ve been plenty serious tonight … I’ve been angry,” Alexie said, recognizing that his mix of humor and solemnity can be hazardous to those who don’t recognize the social commentary that lays beneath his comedic front.

But what Alexie considers a danger is also where almost all of his power as a writer resides. His ability to hold two opposing truths at once is unparalleled. He’s funny and dark. He’s hopeful, and he’s desperate. He’s angry, and he’s compassionate. And most importantly, despite his vexation towards history, he fights back.

“So how do you fight back?” he asked. “Number one, [I] talk. I’m not going to be silent. Number two, I’m going to approach everything I do with as much love as possible. I fail impossibly like most of us, but I still try.”