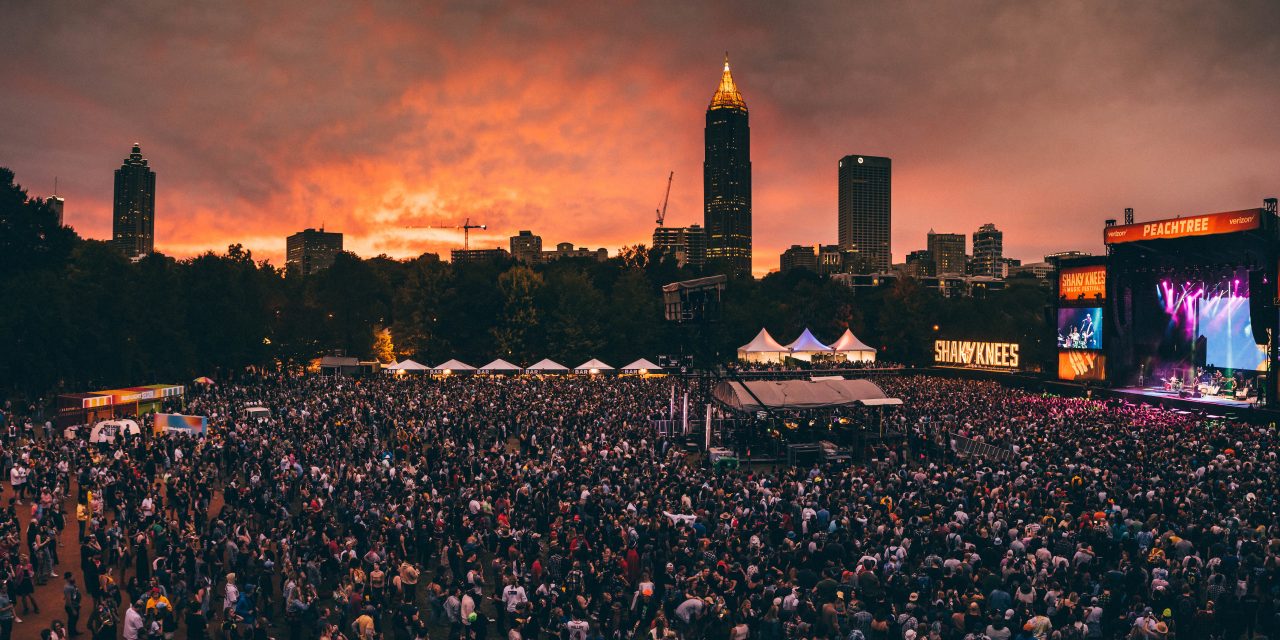 Shaky Knees, held this year from Oct. 22-24 at Central Park in the Old Fourth Ward, is an Atlanta music festival with a distinctly matured (for better or worse) crowd and feel. Rather than the showy rave outfits and glitter bombs at Music Midtown, I was lost in a blur of flannel T-shirts worn by 35-year-old weekenders commuting to check out some of their favorite alternative acts.

Friday’s artists cemented the first day of the festival as its most energetic. Despite his confessed exhaustion, Dominic Fike led a powerful performance hinging on the quality of his musicianship and discography. “Westcoast Collective” and “Vampire” were stand-outs, profiting from hard-hitting drums and beautiful solos by Fike himself. “3 Nights,” owing to its popularity, served well as a closer and fan-favorite. While not his most passionate showing, Fike delivered a technically excellent performance that would have fulfilled the standards of any fan hoping to see him live.

Replete with bucket hats and a Freddy Mercury-esque call and response consisting of screeching, Mac DeMarco strutted across the stage with the off-putting swagger we’ve come to expect. “Ode to Viceroy” was eerie and lush, and “My Old Man” performed with a quick switch to the acoustic guitar was emblematic of much of DeMarco’s entire set — hypnotic. The performance maintained all fullness present on record, and any derivation was only in the positive — moments of melodic manipulation and drum solos satisfied those already enamored with him and impressed first-time listeners.

Foo Fighters, as the veteran act of the night and substitutes for Stevie Nicks, were eagerly awaited. It may be my bias as a rock-lover and student of Grohl, but Foo was the highpoint of my night and weekend. Opening with “Times Like These,” Foo asserted their long-perfected balance of heaviness and melody before transferring into a clamoring performance of “The Pretender,” asking the crowd the rhetorical question: “Do you love rock music?!” Another highlight was drummer Taylor Hawkins hopping on vocals and Grohl taking back up the drums to perform a cover of Queen’s “Somebody to Love.” Grohl went guitarless and fully assumed his position as frontman to close their performance and the first night with the always-appropriate “Everlong.”

Saturday’s show was stolen by Alice Cooper, whose age only contributed to his intentionally ghoulish appearance. Opening with the appropriately spooky “Be My Frankenstein,” Cooper played with the passion and stamina of a much younger rockstar. Cooper’s act is akin to a B-list horror film, complete with towering demon babies, Jason from “Friday the 13th” and decapitation performed by Cooper’s wife (and performer) Sheryl Goddard. Even if you don’t know the tunes, you’re always in for a show.

Run the Jewels brought the heat as they closed the night. The Atlanta duo, playing their first live show in 3 years, was overjoyed to be performing to an Atlanta crowd. I couldn’t count the number of times Killer Mike shouted-out his hometown throughout the set. RTJ’s defining ear-piercing, crashing, and screeching sound came through with unquestionable drive. The band moved through a set of new and old: “ooh la la,” “holy calamafuck” and “out of sight” in the opening few minutes setting the tone for the performance. RTJ also raised awareness on racial injustices, reminding the crowd of the unjust death of Ahmaud Arbery and urging the audience to oppose gentrification in Atlanta. At times a casual boogie to their lyrics railing for equality seemed inappropriate; yet headbanging ensued and mosh-pits formed, cementing why a hip hop group like RTJ fits right in at a rock festival.

On Sunday I dragged my feet; the threat of classes on Monday invariably harshing my mellow. Phoebe Bridgers took the stage as the sun began to set; her band dressed in iconic skeleton suits. Opening with “Motion Sickness” was a solid choice, as the song might be the most energetic in her arsenal for the night. “Kyoto” was gorgeous, supported by Bridgers’ precise and emotional vocal performance, and her violinist and trumpet player added a dreamy layer to her already warm sound. The rolling drum thunder and velvety string arrangements in “Chinese Satellite” were perfect for the middle of her set, allowing a melancholy night a medial moment of rock and roll. Bridgers did a great job, and her fans clearly appreciated the moments of interaction with the crowd.  However, her sound feels ill-fitting for a music festival; the atmosphere after her set would have been best described as sleepy if not for the excitement for the final act of the night.

The Strokes, who were 18 minutes late to the stage. Their first song, “Hard to Explain,” suffered from the worst vocal effect in my recent memory and singer Julian Casablancas was either jet-lagged or intoxicated. Casablancas spent his night either forgetting lyrics or counting down the minutes of his contractually obligated set time. I’m disappointed that a household name in indie rock, playing a festival in the middle of a pandemic which threatened live music entirely, couldn’t find it in themselves to muster an element of excitement. The aging rockers finished their set with an admittedly fiery performance of “Last Nite,” as the last night of Shaky Knees was brought to a close on shaky grounds.

Musical festivals are a bit like cruises: for a discounted price, you get to see a lot of your favorite things, but not for too long and always with limited attention. The performers of the weekend felt that distraction and performed accordingly, but as always, the veteran musicians knew just how to bring spectacle to the stage.