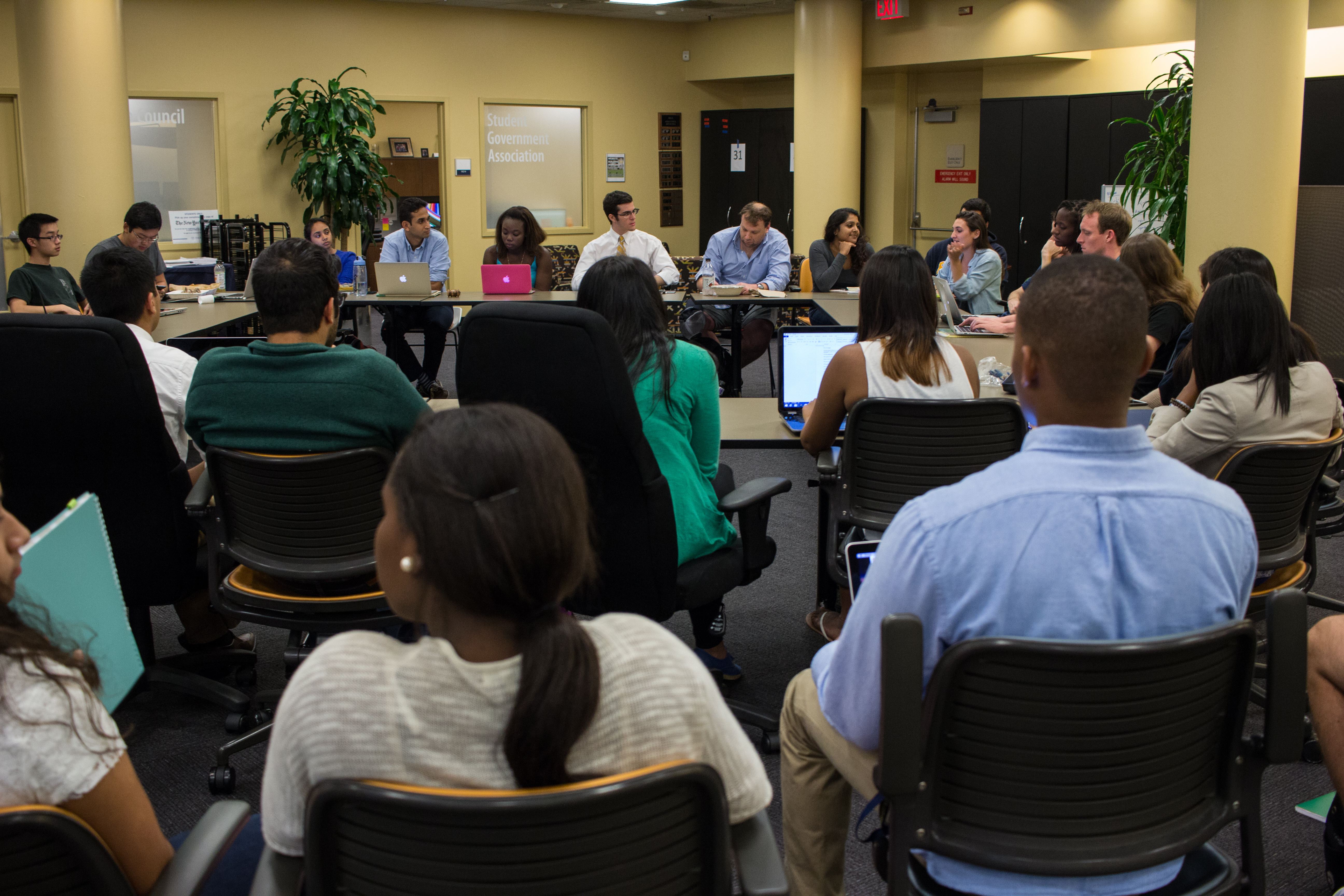 The 49th legislature of the Student Government Association (SGA) voted to give the Indian Cultural Exchange (ICE) $3,000 in supplemental funding for their Nov. 7 Diwali event.

In a vote of 29 for, 1 against, and 2 abstaining, the bill passed after much debate.

ICE Diwali is Emory’s biggest off-campus event, providing about 700 students with a night of Indian food, dance and culture. Shuttles will transfer attendees to the event at the Hilton in Downtown Atlanta.

College junior and ICE Co-President Tanisha Raj stated in the meeting that ICE worked to get funds and advertise the event while trying to keep it accessible, as suggested by SGA.

“[Diwali] has gotten bigger and bigger in the last few years,” Raj said. ICE saved 25 tickets for graduate students, advertised their event in the SGA newsletter and worked to reserve a few tickets for those who cannot afford a ticket to the event, according to Raj. College Council (CC), Bachelor of Business Administration (BBA) Council and other organizations cut previous funding for the event. BBA Council, for example, changed their policies to only be able to fund B-school events. As a result,  ICE had to find new sources of funding. The event is expected to cost over $38,500. This could have been covered by charging students $60 per ticket, but the board chose to keep it at $30 to make it more accessible, according to Raj.

The finance board unanimously supported the funding, as long as ICE agreed to reserve a few tickets for people outside of Emory College.

Graduate students were concerned with the lack of knowledge about the event, which they attributed to a lack of publicity. SGA President and College senior Raj Tilwa and SGA Vice President and College junior Max Zoberman apologized for this issue, stating that the SGA newsletter with the information had not been printed yet.

“The marketing has been over Facebook and over the entire school. If you’re interested, like the ICE page [on Facebook]. There has not been college-specific marketing,” College senior and Chief of Staff Sumaali Chheda added.

Ticket sales began on Monday, Oct. 5, and will continue until Wednesday, Oct. 7.

Oxford students voiced that they are too far away from ticket sale locations to be able to purchase any tickets.

An amendment was then added to reserve 10 tickets for Oxford students after Tilwa admitted that Oxford’s initial request for 50 tickets was denied. The amendment passed unanimously.

Also, the SGA business office finalized all rollover amounts from last year, which was about $56,000. Jason Yu, SGA vice president of finance, characterized this as an “abnormal rollover,” since the office enforced monetary caps regarding the amount any club could rollover.