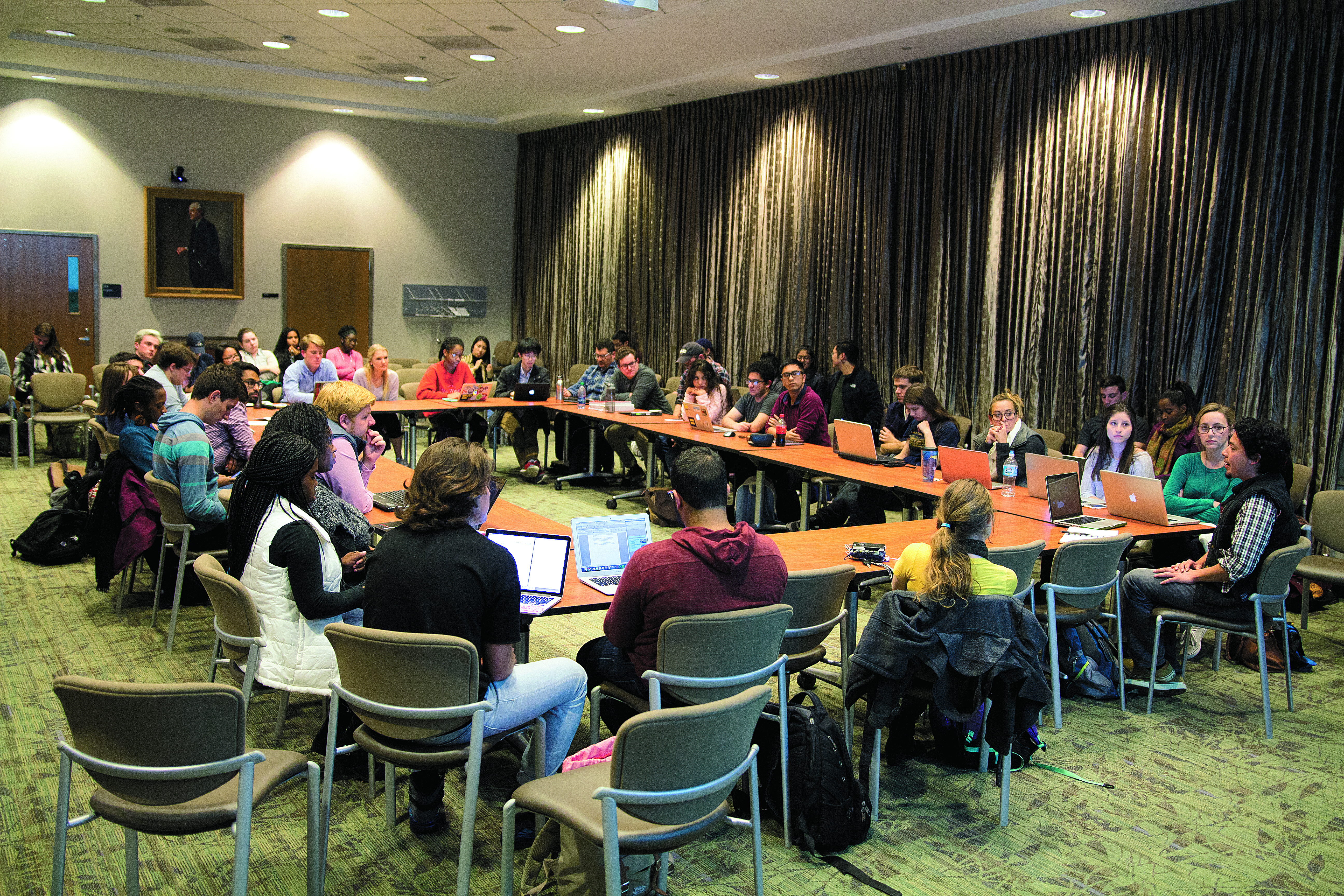 SGA President and College senior Max Zoberman, Speaker of the Legislature and College senior Justin Sia and the bill’s authors decided over the weekend that the voting procedure so far did not comply with the Public Scrutiny and Accountability section of the constitution the day after the Wheel inquired about their compliance with the section.

Though SGA’s Constitution requires the Speaker of the Legislature to send a University-wide email with details regarding the discussion of the bill before noon on the day of the discussion, no such email had been sent before last Monday’s meeting when Bill 50sl19 first appeared on the agenda.

“We did something, it was not compliant with constitutional procedure,” Zoberman said. “If we want to do this the right way … we have to back up.”

Initially, legislators had voted in favor of the bill at last week’s meeting, planning to vote a second time Monday in order to allow legislators “as much time as possible to touch base with their constituents,” Zoberman said.

Zoberman said last week that the SGA planned to vote twice because that is the policy for any bill that changes the SGA finance code, but later said that he was mistaken and that only one vote would be necessary to take the bill to referendum.

To restart the process, SGA held an open forum at its meeting Monday, allowing constituents to present their concerns and questions to GSGA President and Goizueta Business School graduate student Jared Greenbaum, Zoberman and the bill’s authors. Eleven constituents attended.

Some students at the meeting expressed concerns that the bill didn’t sufficiently address what the transition into the proposed structure would entail, while others offered sentiments that the restructure seemed “unnecessary.”

In response, Zoberman and Greenbaum said that the details of the transition, including financial and governance aspects, would be discussed following passage of the bill by the restructured bodies. The bill was created to give graduate legislators both a more formal voice in the legislature and a more proportional representation in SGA, Greenbaum added.

In an interview with the Wheel, Greenbaum said he will try to ensure that the transition to two autonomous branches would be complete by the time he leaves office at the end of April.

“It’s clearer [from the forum] that we need to do a little more work on our side,” Greenbaum told the Wheel. “But … I’m not going to leave this university hanging with a big transition.”

Legislators cannot vote on the bill until the next legislative session Monday, Dec. 5, because the bill appeared in the First Readings section this week. If SGA votes in favor of the bill Dec. 5, it will be sent to a University-wide referendum, in which a majority of the student body, both graduate and undergraduate, must vote in favor of the bill for it to pass.

The open forum was a large part of the voting process because the legislature alone “cannot accurately represent everyone, and it’s important to have the best representation possible when making big changes such as this,” Sia said in an interview with the Wheel.

Greenbaum said that the open forum proved to be important for the bill because legislators were able to address non-legislators’ “fear of change” and assure them that the bill “isn’t going to be detrimental to the University.”

The agenda Monday also included a bill to fund the African Student Association’s (ASA) “Taste of Africa” event tentatively scheduled for April 15, but the legislature moved to table Bill 50sl18 until the Finance Committee discusses it.