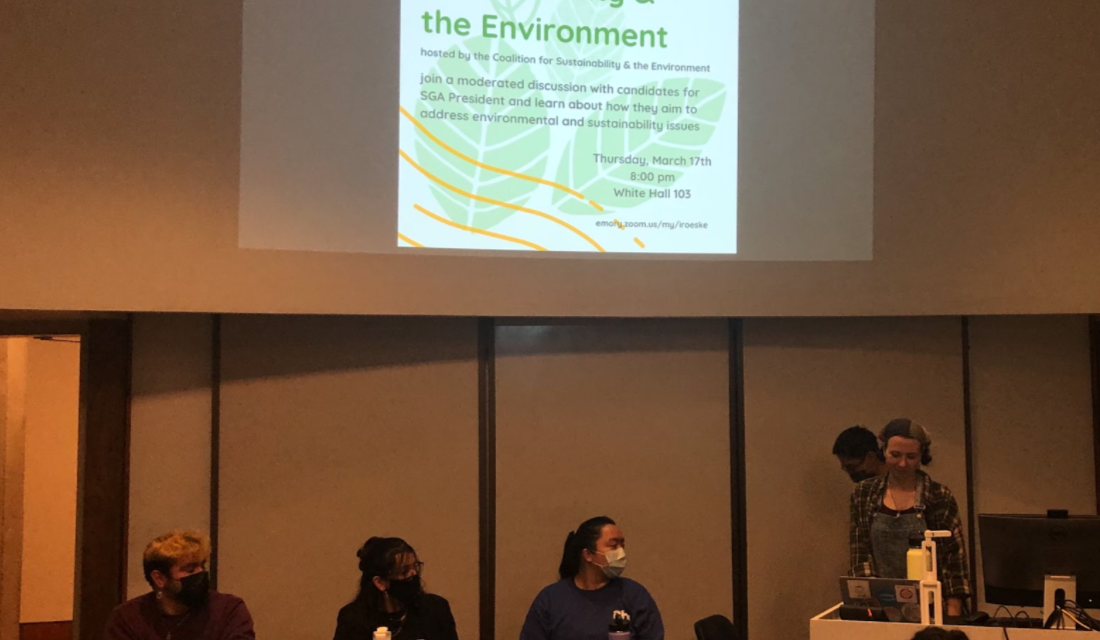 Each candidate expressed their dedication to enhancing campus sustainability initiatives but outlined different strategies in doing so. 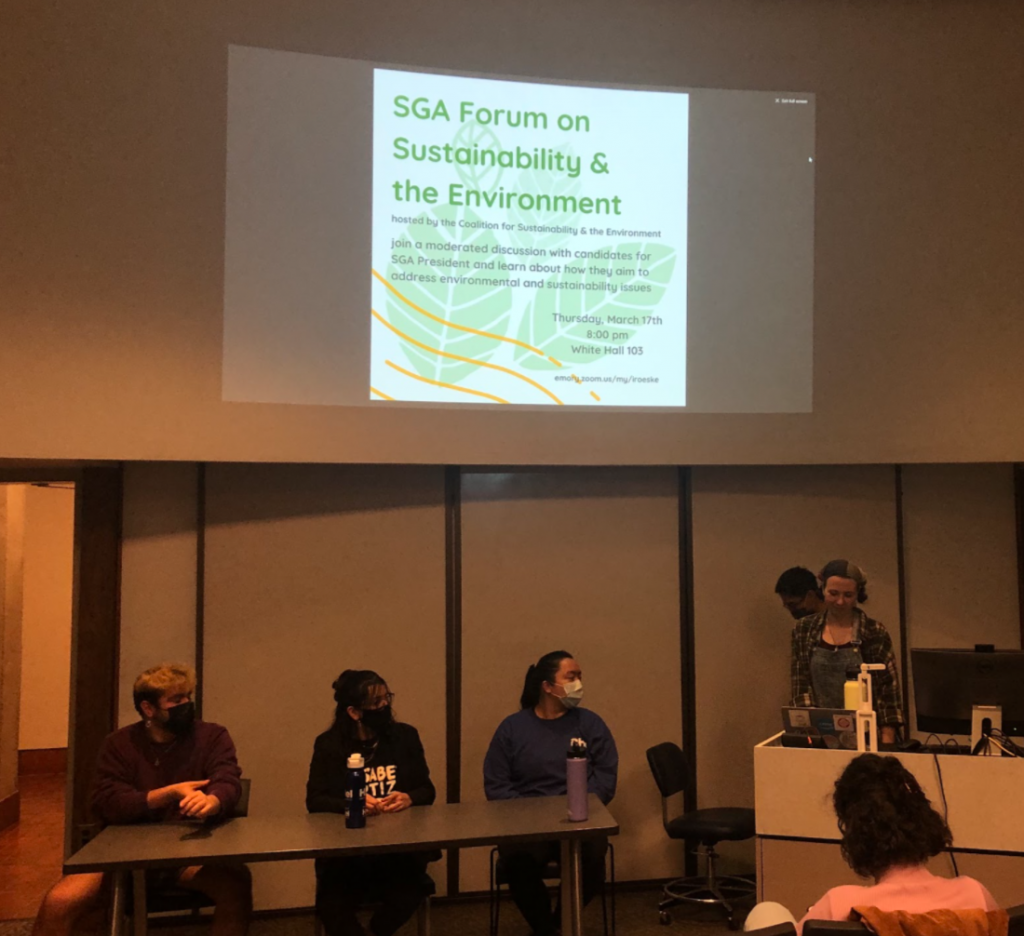 Ortiz announced that she was disqualified from the SGA presidential race on March 19 and announced on March 22 she stepped out of the race, following the forum. During the forum, however, she described her platform’s main sustainability initiatives — crafted with input from Emory environmental justice leaders — which centered on waste and transportation.

In coordination with Plastic Free Emory, Ortiz said she plans to reduce use of single-use plastics and increase campus landfill access to decrease recycling and compost contamination. Her “Bettering Bike Emory” initiative strives to expand Emory’s bike rental program by purchasing more bikes and offering them to students as low or no cost rentals.

“We must expand this program so anyone, regardless of financial background, can choose an environmentally-friendly form of transportation,” Ortiz’s platform states.

“There are a lot of great [initiatives] already happening, and we should start with supporting those,” she said.

She said that increasing awareness about existing sustainability and environmental programs on campus fits into her campaign’s overarching emphasis on transparency.

The candidates agreed on the importance of holding the Emory administration accountable for their sustainability commitments and argued that they are well-positioned to advocate environmental proposals to administrators.

Both Stegall-Marchuck and Ortiz said they would establish student environmental affairs committees to facilitate communication with administration on the progress of sustainability commitments. While Stegall-Marchuck would appoint a Vice President of Sustainability Efforts on the SGA executive cabinet to coordinate the committee’s sustainability-related legislation proposals, Ortiz said her community building and grassroots organizing experience would help her work with Emory environmental organizations to advocate for campus sustainability reforms to administration.

Stegall-Marchuck and Liu have student government leadership experience and have worked with administration on various SGA-led initiatives. Stegall said that this experience is crucial to communicating the desires and feedback of students to administration.

“Building relationships with admin and putting leaders of the different sustainability-related clubs in contact with admin is another important way to bridge the humanity between admin and students,” Stegall said.