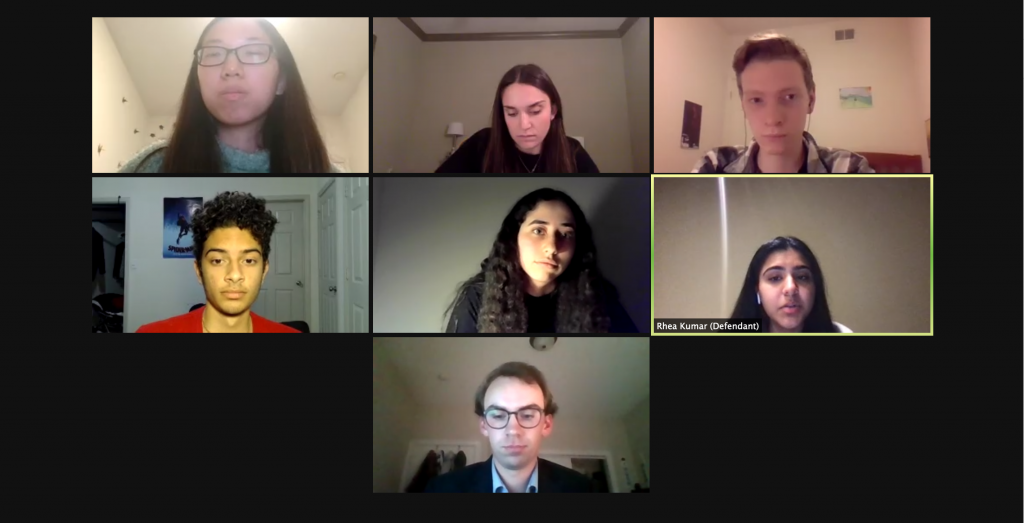 All defendants were found to have violated the Code of Elections. Lori Steffel (21B), current SGA president, also potentially breached the Emory Community Compact and Katie Lee (22B), BBA Council vice president-elect had allegedly infringed on the SGA Constitution by manipulating the existing power dynamic in the Alpha Kappa Psi business fraternity to intimidate voters to support Rhea Kumar (22B) and Nick Paschetto’s (20Ox, 22C) presidential and vice presidential campaign. The Council found that  Emily Ferguson (21B), BBA Council president, was a member of the Elections Board who illegally endorsed candidates. In recent events, SGA has acted against its mission to “improve the Emory experience”, instead behaving as a juvenile clique squabbling over power.

The current election system funnels ambitious students into a few roles, amplifying a culture of elitism and a culture that breeds political theater that is already present within student led club culture at Emory. Charismatic student leaders spotlight the most popular yet niche tag-lines instead of focusing on the many diverse student issues. This year’s drama isn’t isolated. Just a few years ago SGA President Dwight Ma (17Ox, 19C) was impeached following allegations of  miserably mismanaging funds and threatening of his fellow students, leading further plunging SGA’s reputation.

SGA has done meaningful work in the past and in moments of crisis. In the nascent months of the pandemic, when confusion over graduation, fall plans and housing were rampant, SGA acted as a responsible, credible champion of the student body by sending out surveys to solicit student concerns and providing resources to struggling students. Furthermore, the administration listens when SGA calls upon them to act. When Young Democrats of Emory and SGA urged for the renaming of the Donna and Marvin Schwartz Center for Performing Arts, University President Gregory L. Fenves responded directly and publicly. While the outcome was not what they wanted, it is evident that SGA wields a certain degree of power. But, when SGA is overshadowed by the in-fighting of its members, this power wanes. The administration isn’t going to listen as closely to an SGA they believe is mostly theater and drama.

But SGA in its current form is broken and unable to adequately address student needs. It can be fixed.

One of the largest issues is how SGA is organized. To become a legislator or president, students must campaign and secure votes from their peers, sometimes only weeks into life on campus. This type of campaigning can very quickly devolve into a popularity contest, attracting some personalities to run while discouraging others. However, the best campaigner isn’t always the best legislator, and some of the most crucial SGA leadership roles including president, vice president and class representative require competitive campaigners. Some capable but reserved students may be deterred from pursuing such public positions.

Going forward, we should eliminate the election cycle and replace it with a lottery system  pioneered in Bolivian schools by the nonprofit HundrED. Willing students who want to be part of the student government would put their names in a lottery and a small number will be picked to fill positions. This opens SGA to more people who would be uncomfortable with campaigning yet still interested in student government. This system made student government more  fair and open in Bolivian schools, and we believe it would work at Emory as well. This way, public debacles surrounding election integrity can be avoided altogether.

Another method would be to implement a “Kleenex Model” of student government, as recommended in the Peabody Journal of Education by Don Creamer. This government would only come together when there are specific issues that need to be addressed. After the problems are solved, the organization would be disbanded. The day-to-day roles of SGA would thereby be handled by administrators. Thus, SGA drama will remain at a minimum and imbue SGA with a mandate and sense of urgency, allowing it to maintain a higher reputation and clearer purpose.

Currently, SGA is a joke rather than a beacon of leadership. These ideas would solve some of the major issues therein. We deserve an SGA focused on our best interests, not the speaking abilities of its leaders who are only interested in immature squabbles.

Managing Editor Ben Thomas (23C) is a member of the Constitutional Council and has recused himself from the article.