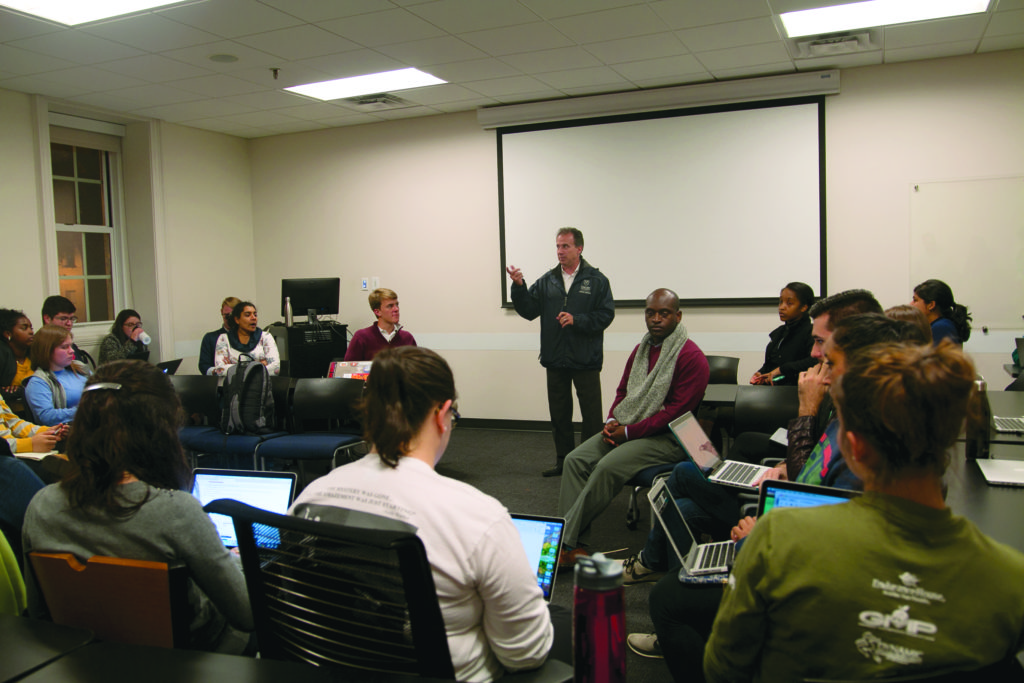 The 51st legislature of Student Government Association (SGA) convened Monday to approve $2,241.22 in funding for Wonderful Wednesday “After Dark” paraphernalia. SGA and the Graduate Student Governance Association (GSGA) also held its first joint meeting, during which Vice President of Campus Services Matthew Early explained the Sustainability Vision of 2025 and spoke about progress made since 2005.

SGA Vice President of Programming Fahad Alhelal (19B) and SGA Vice President of Student Experience Daniella Moreno-Kaste (19C) proposed Bill 51sl32, which allocates $2,241.22 to fund the Wonderful Wednesday “After Dark” T-shirts, SGA member tees, SGA cups and an an SGA banner. The Wonderful Wednesday T-shirts and SGA cups will be given to students who complete the Student Experience survey online prior to the Nov. 29 event. SGA executive and legislative members will receive a special SGA tee in order to be identified as SGA members at the event. Funding was approved unanimously with nine votes.

The bill stated that the cost of the cups would be $588, but during the meeting, Moreno-Kaste said the total cost will actually be $261. The bill was not amended, however, and $588 was allocated for the cups. Alhelal said the cups would be color reactive, which means pouring liquid into the cups changes their color. The legislators did not specify what they planned to do with the extra money.

During the joint session with the GSGA, Early spoke about the Sustainability Vision of 2025, which aims to have 95 percent waste diversion by 2025. Early said there will be bins for plastic, white paper, mixed paper, compost and styrofoam in every building, and Emory will hire employees to collect trash and answer questions people may have.