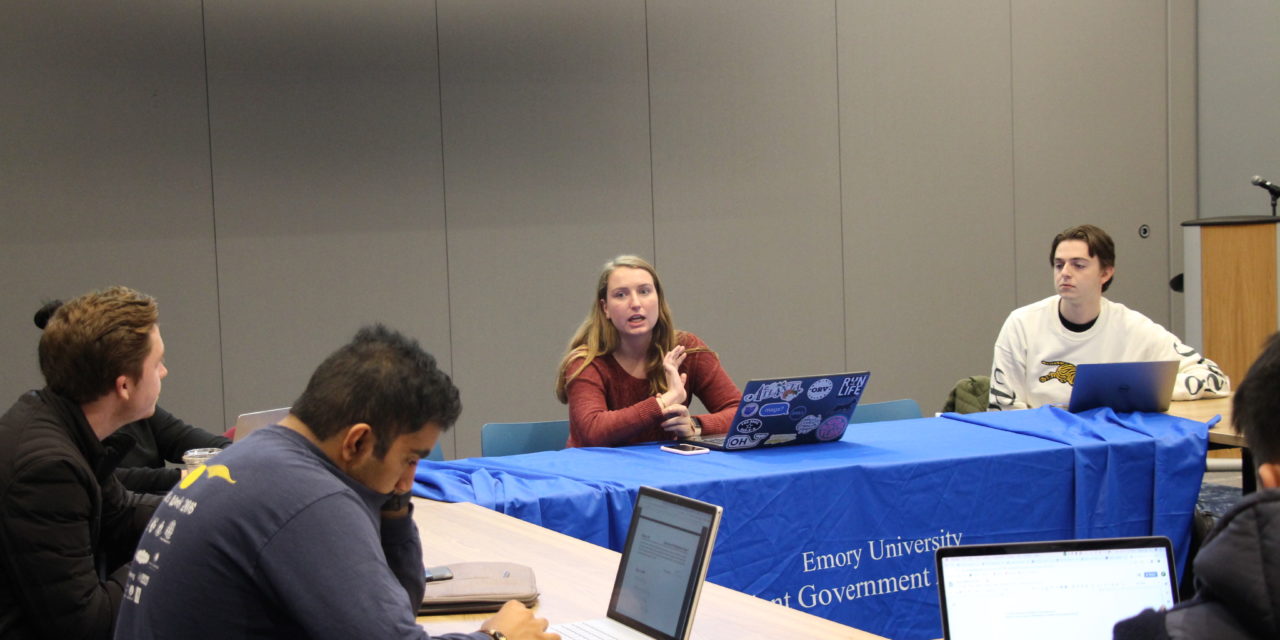 The Student Government Association (SGA) convened on Monday night to vote on the continuation of the free printing initiative for Spring 2020. Bill 53sl25 passed unanimously.

SGA Vice President Lori Steffel (21B) said that the fee interest account has strict stipulations on how SGA can allocate the funds, which means the account regularly goes unused.

“Then, in effect, the students aren’t really paying for it,” Steffel said. “It is the students’ money, just paid for in a different way. It’s coming from the interest generated from their money.”

According to SGA President Ben Palmer (18Ox, 20C), Campus Life said over half the Eagle Dollars allotted have been used, and the office predicts almost all of the remaining funds will be used during finals week. Palmer said that, in meeting with Campus Life officials, he and Steffel have requested other offices to help pay for the free printing initiative in the future.

“This is a pilot, and so we’re trying to advocate for this to be something other offices pay for and not us,” Palmer said.

Steffel clarified that by the end of the semester, the unused, remaining amount from the five dollars rolls back into the Office of the Provost’s and SGA’s budgets.

“The more people who use it, the less likely [SGA will] have to pay for it later,” Palmer said.

Sophomore Representative Rhea Kumar (22B) and Freshman Representatives Diana Hernandez (23C) and Joseph Banko (23C) said that they have made progress on their initiative to expand dining hours at the Dobbs Common Table (DCT).

In an interview with the Wheel, Kumar said that during finals week, the DCT will have the salad station and the panini station, along with some other food options, open until 10 p.m. According to Kumar, all the food will be available at a “centralized” location, instead of being spread over the entire dining area. Kumar said that Emory Dining will also try to expand breakfast hours.

“They are going to work on breakfast being available until 10:30 or 10:45 rather than 10, because a lot of people complain that when they get out of their 10:15 class, there aren’t any breakfast options,” she said.

The timeline for the updated breakfast schedule is unclear, but the change isn’t likely to be implemented until next semester.