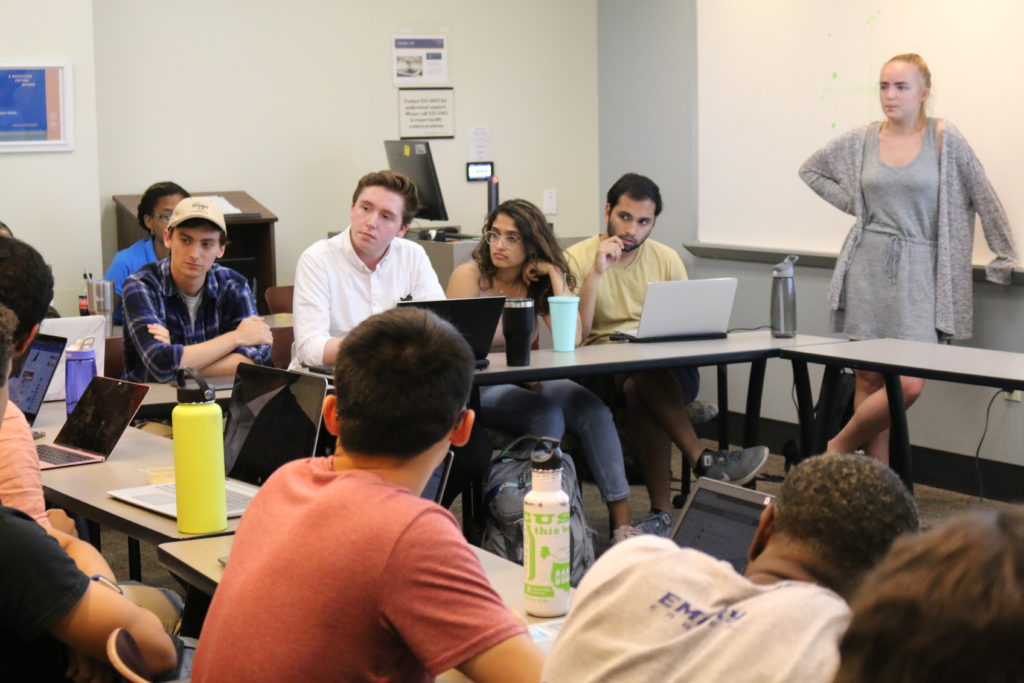 SGA approves the formation of the SGA Elections Reform Commission, which was tabled at last week’s meeting./Nadya Awino, Contributing

The 52nd legislature of the Student Government Association (SGA) on Monday night established the SGA Elections Reform Commission, confirmed one of two undergraduate University Senate representatives who were nominated and approved a bill to begin club membership audits.

Palmer said the Commission would make suggestions to revise and clarify the Elections Code to “avoid what we now have, which is opaque and confusing” by the last SGA legislative session in Fall 2018. The SGA president and executive vice president would select a student to head the commission, according to the bill.

“Not only were there problems with the people responsible for the powers enumerated to them but also that the [Election Code’s procedures] themselves were unclear,” Palmer said. “There are still so many issues that it’s next to impossible to maintain accountability, transparency and a clear process the Elections Board or anyone … to really address these issues.”

During the previous two meetings, some SGA legislators expressed concern over the bill adding more bureaucracy, but Palmer said the bill attempts to avoid “bureaucratic inefficiency” and instead increases conversation about the Code.

“We have seen what happens when we delegate problem-solving of fundamental issues to very few people,” Palmer said. “This process is about the 40 or 50 odd students that showed up last year, multiple student press groups and even representatives in this room who came out to say this process is fundamentally broken.”

“I think at a time when we had, arguably, one of the biggest SGA catastrophes of our academic career that just happened in the Spring … I don’t see why we wouldn’t add a single check,” Lynch said.

“To say that we need another committee to understand the Elections Code for the Elections Board, I think it’s just ridiculous,” Kidd said. “You don’t fix bureaucracy with more bureaucracy.”

The bill passed with seven legislators voting to approve it, four voting against it and two abstaining. Speaker of the Legislature and Sophomore Representative Lori Steffel (21C), who may only cast a vote if the outcome would change, voted in support of the bill.

Elections Board Chair Justin Cohen (20C), who was present at the meeting, told the Wheel he was “very excited” the bill passed.

“I believe that it will bring a new series of reforms that the Code desperately needs,” Cohen said. “I obviously am very to committed to making sure the Election Code is up to date [and] making sure that it’s really understood and that we can get real procedures to fix what happened last semester.” 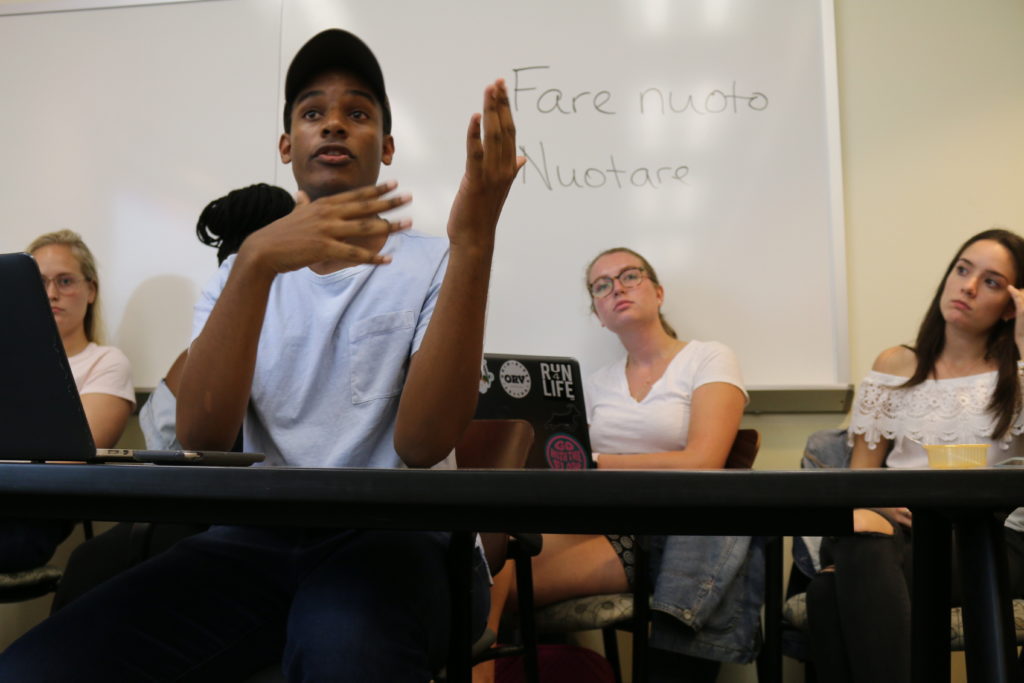 The Legislature approved Silva unanimously, but Graham received only six votes in favor, one short of the seven required for confirmation.

The University Senate, which is composed of Emory administrators, faculty, staff and students, makes “recommendations regarding all matters of general University interest,” according to its website.

When asked to speak about their qualifications during the meeting, Priddy said he and Ma were “super impressed” with Silva and Graham after reviewing more than 40 candidates.

Kidd said he trusts the opinions of Ma and Priddy but also said SGA had “problems” with Graham’s comments at past SGA legislative meetings when Graham was a spectator after losing his re-election.

“He’s a very nice person — I think he does mean well by his actions, but how he goes about it sometimes it’s not the best way,” Kidd said.

Priddy said Graham was justified in being outspoken during the first 52nd legislative meetings.

“I’ve seen everyone in this room get a little upset at times, [and] I think it’s a little ridiculous to hold it against Austin,” Priddy said. “If I didn’t think he was qualified, if I didn’t think he fit in the position, I wouldn’t have nominated him.”

Bill 52sl32, which was introduced last week by BBA Council President Jay Krishnaswamy (16Ox, 19B), would audit undergraduate club participation and adjust the Student Activities Fee (SAF) split based on results of the audit.

According to BBA Council SGA Representative Geoffrey Tseng (19B), Emory Student Nursing Association (ESNA) President Jasmine Wilson (19N) and Oxford SGA President Liam Dewey (19Ox) affirmed their support of the audit to Tseng after Priddy commented in last week’s SGA meeting that no other divisional council seemed in favor of the bill.

Krishnaswamy revised the clause that specified non-participating clubs’ budgets would be reduced by 25 percent to say that penalties for non-compliance would be determined by club’s divisional council.

CC Vice President Hemal Prasad (19C) said during the meeting he agreed with the removal of the budget cut penalty, but he said the bill should undergo more review.

“I don’t think that goes far enough, and I think our objections to the bill have been misconstrued,” Prasad said.

“There are a lot of clubs that actually host more impactful, more expensive, and more well-attended programming in the Spring,” Hicks said. “We need a yearlong audit to actually thoroughly do this process.”

Krishnaswamy said there is not enough time to audit in Spring 2019 and modify the Student Activities Fee (SAF) for changes in the 2018-2019 academic year.

The bill passed unanimously with eight votes. Several legislators left the meeting because the meeting ran overtime and did not vote.

Editor’s Note: Attorney General Kaia Ordal (17Ox, 19C) asked the Wheel not to publish parts of SGA’s debate on Graham’s fitness for candidacy despite the meeting being public. The Wheel published contents of the legislators’ debate regarding Graham’s nomination to the University Senate because it occurred during a public SGA meeting and adds context to why Graham did not receive the legislature’s approval.

Silva is a contributing writer to the Wheel. She was not involved in the composition of this article.