SGA and GSGA close the semester with joint session 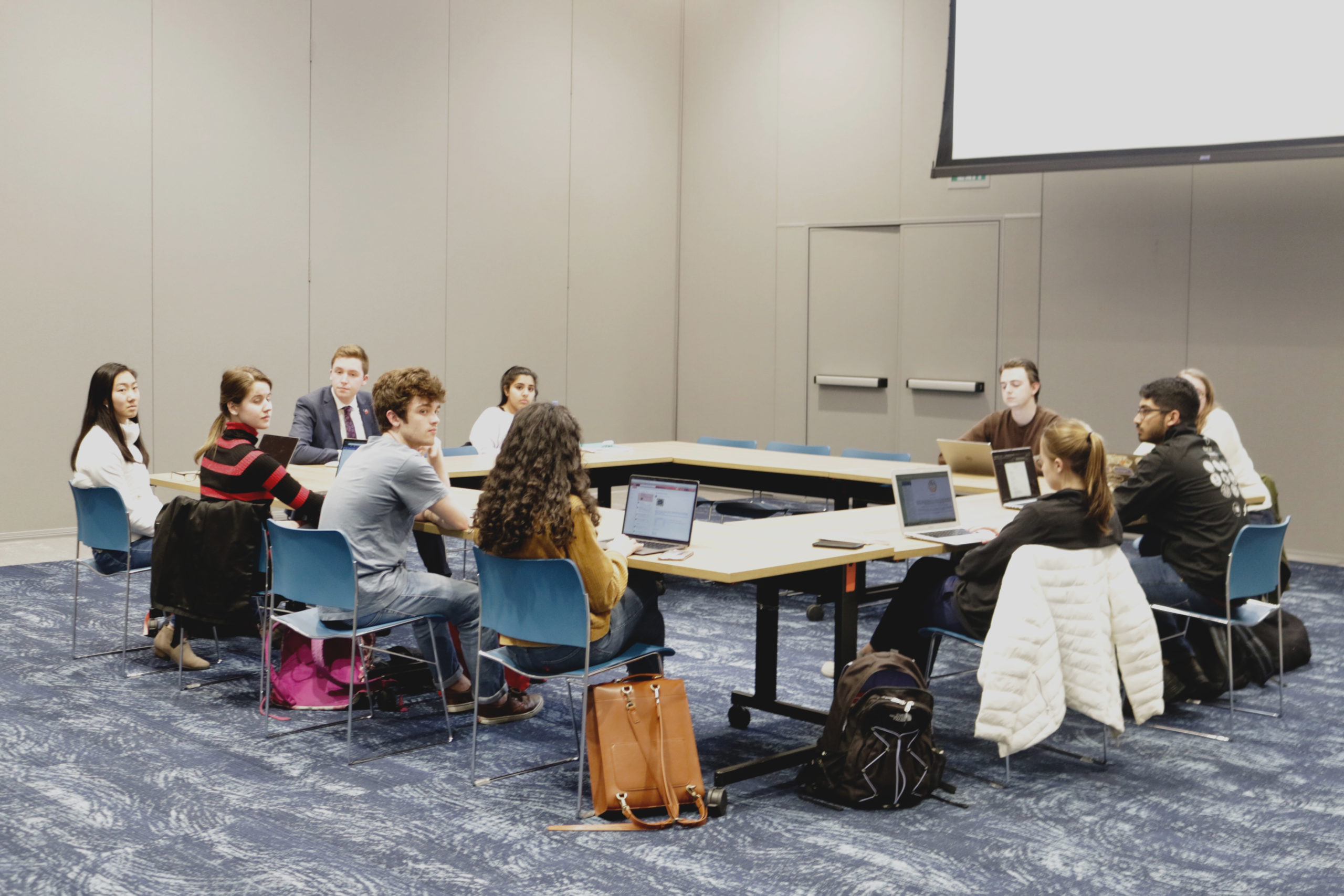 GSGA President Emmakristina Sveen (23B, 23L) opened the forum by discussing her gratitude for collaborating with SGA and representing Emory University as a whole, saying, “Undergraduate and graduate students alike have a lot of similar interests and similar needs from the University”

SGA President Rachel Ding (20Ox, 22B) then recognized some of SGA’s major accomplishments this semester. She mentioned how SGA has tried to address students’ ongoing difficulties with getting involved on campus. For instance, SGA formed a First Year Council, a pilot program aimed to teach first year students how SGA works and how they can become more involved at Emory.

SGA has also made strides in addressing mental health and wellness concerns as well as in promoting engagement with Oxford SGA and the Oxford campus community, Ding said.

SGA Vice President Aditi Vellore (21Ox, 23C) added that the body is aiming to address administration issues regarding the Emory Student Center, including improving the availability of room bookings and having more access to space throughout the building.

Additionally, GSGA and the four main branches of SGA provided legislative updates. GSGA Speaker of the Legislature Charlyne Nicolas (23N) and GSGA Vice President of Governance Andy Salisbury (23L) discussed matters such as the transition of new legislatures into their roles, improvements with graduates students’ connection to alumni and easier availability to parking.

SGA Speaker of the Legislature Joseph Banko (23C) directed the undergraduate proceedings and the updates given from the various councils. He also illustrated SGA’s interest to rework the code of elections.

College Council discussed some of their initiatives this semester, such as making the club system more accessible, increasing the amount of experience shuttles and implementing Mental Health Mondays and Travel the World Thursdays.

BBA Council emphasized that over half of the BBAs are juniors, noting that some had not physically been in the business school space before this fall. Nonetheless, BBA Kegs had a very high turnout. The council also led a successful event on Veteran’s Day for the greater Atlanta community and hosted successful educational panels including one about women in the workforce.

To conclude the legislative portion, Oxford SGA discussed changes to their monetary code and elections code. They also suggested improvements in chartering and regulating club budgets as well as responding to students’ concerns such as class registration and dining hall complaints.

GSGA Executive Vice President Caroline Barry (24PH), then discussed the vast governance and organization of GSGA and some of the initiatives the organization enacted.

“The city of Atlanta has approved the new rezoning for the graduate housing program and is moving forward,” Yarborough said. “The plot of land is located behind the hospital, by Druid Hills High School. This is the first graduate housing that Emory has initiated.”