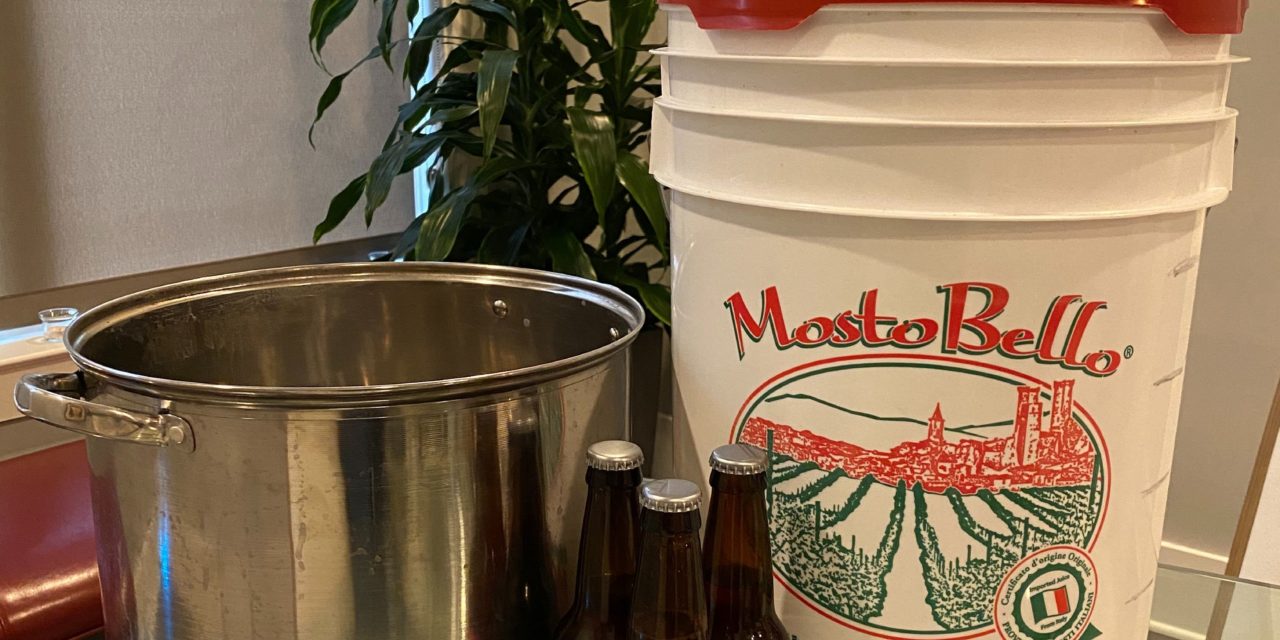 Beer and wine enthusiasts, Piccolo, Adesanya and Schwaiger, along with several other friends, began brewing beer in their apartments at the start of this Spring semester. So far, the group has produced two batches of beer and intends to make more, making the most of their last year at Emory.

After a car accident which left him with two broken wrists and medical leave for the previous Fall semester, Piccolo had to fill his spare time at home by learning to brew beer with his father and his friends’ fathers. He developed a passion for the craft, and upon returning to school, decided to gather his friends for a joint foray into beer brewing. 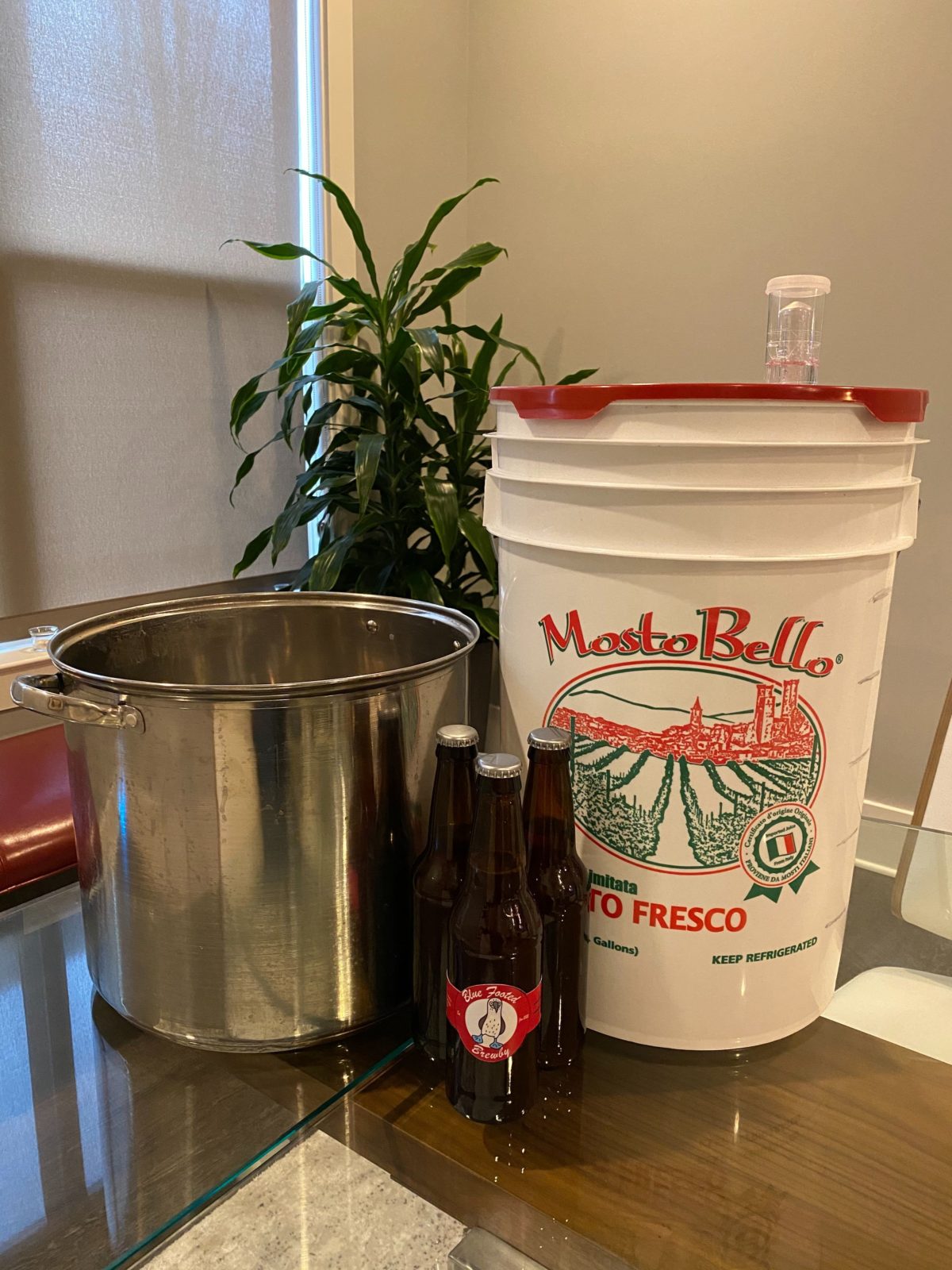 “When I came back to school in the Spring, I thought it’d be a great way to get my friends together, to create something before we graduated and went all around the world,” Piccolo said, “It’s a conveyor belt of people making beer, …they’re all just our friends from Oxford, the men’s soccer team there, [and] from around Emory..”

Adesanya, an economics major, calls physics major Piccolo the group’s “ringleader.” Piccolo had recruited Adesanya and Schwaiger to join his operation as both had already brewed beer with their families. Both were eager to help out.

“[I] wanted something really cool to do in my last semester … so I figured this would be a really fun thing to do with my friends,”Adesanya said.

The trio divides tasks among themselves, with Piccolo overseeing the brewing process, as he is most experienced with it, and Adesanya sourcing all necessary ingredients and materials. Schwaiger, a self-described “sous-chef,” cooks meals for the brewers. Schwaiger is also responsible for research, consulting Reddit and his experienced stepfather when the group needs guidance.

Prior to starting their operation, each friend had individually harbored some interest in the production of alcohol. Adesanya had attended numerous beer tastings in his home state of Texas, and often visited microbreweries while studying abroad in London during the summer of 2018.

Schwaiger’s experience with alcohol production leans more toward wine, and he claimed that he has attended more tastings for wine than for beer. To explore his interest, Schwaiger has started producing wine alongside their beer project.

“We started making wine this past weekend,” Schwaiger said. “Hopefully, a couple of months from now, we will have 28 bottles of wine. I am the wine guy.” 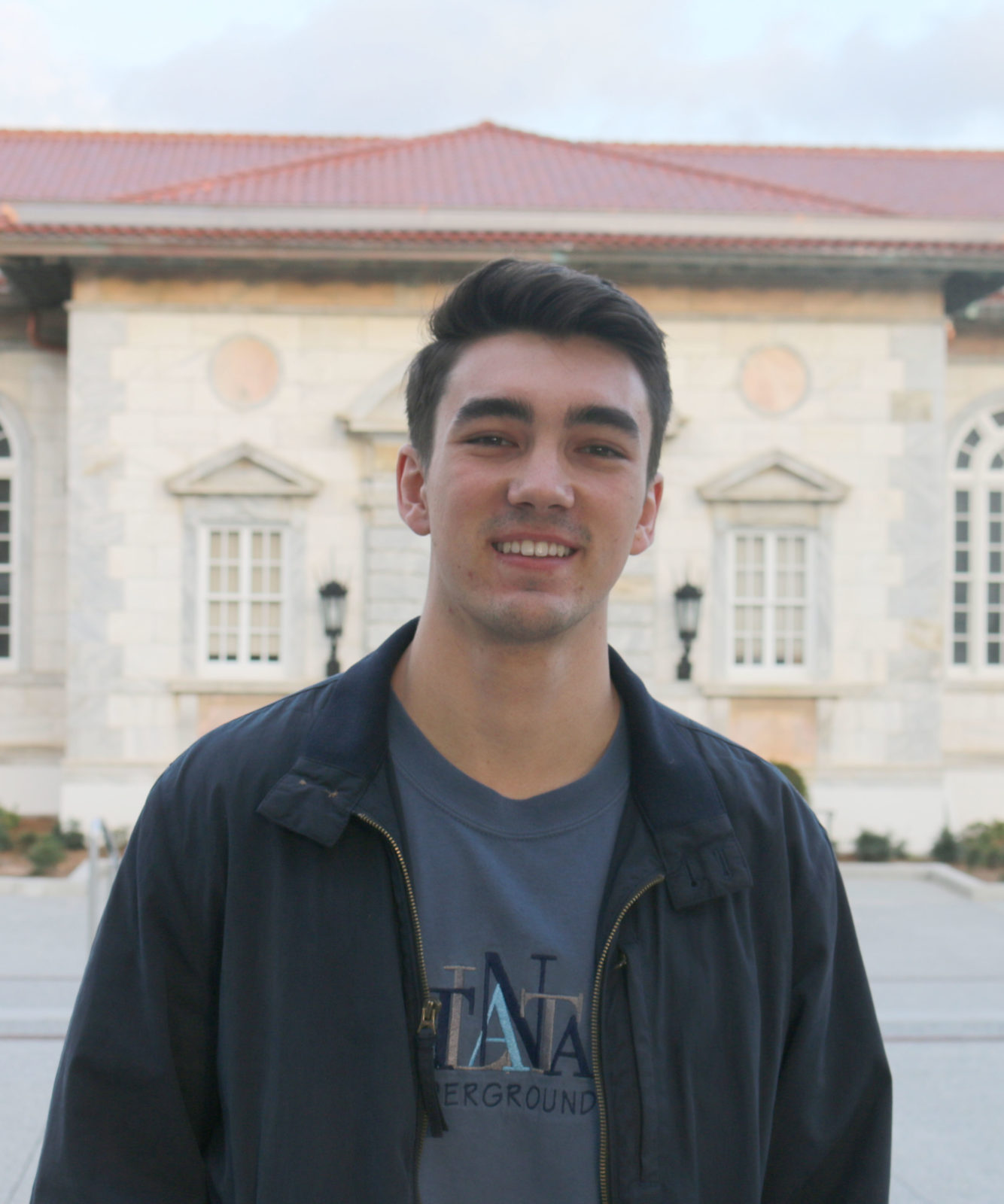 Piccolo noted that the beer brewing process often lasts about four weeks. The team makes their solution and places it in an airtight container with yeast. The yeast takes two weeks to ferment. Because it cannot absorb oxygen from within the jar, the yeast ferments, feeding off the sugar and creating alcohol. After the fermentation process is complete, the beer is bottled with a little bit of sugar, and a beer cap is added to make the bottle completely airtight.

The team’s first batch was a blueberry-flavored IPA modeled after one brewed by the SweetWater Brewing Company. For their next batch, the three friends have begun working on an amber ale.

They explained that brewing their usual quantity of beer — roughly five gallons —  costs about $40. This includes ingredients such as ground barley and wheat, and malt, which acts as the sugar source for the yeast. They can also add hops, which is a flavoring agent that differs in quantities in accordance with the type of beer being brewed. People can also experiment with the flavoring of the beer. They used a blueberry extract for the IPA, but one can also use mango or any other flavor.

“When it comes to flavoring, the world is your oyster,” Adesanya said. “Any other fruit or any other thing that you think you might like to consume, throw it in there and have at it.” 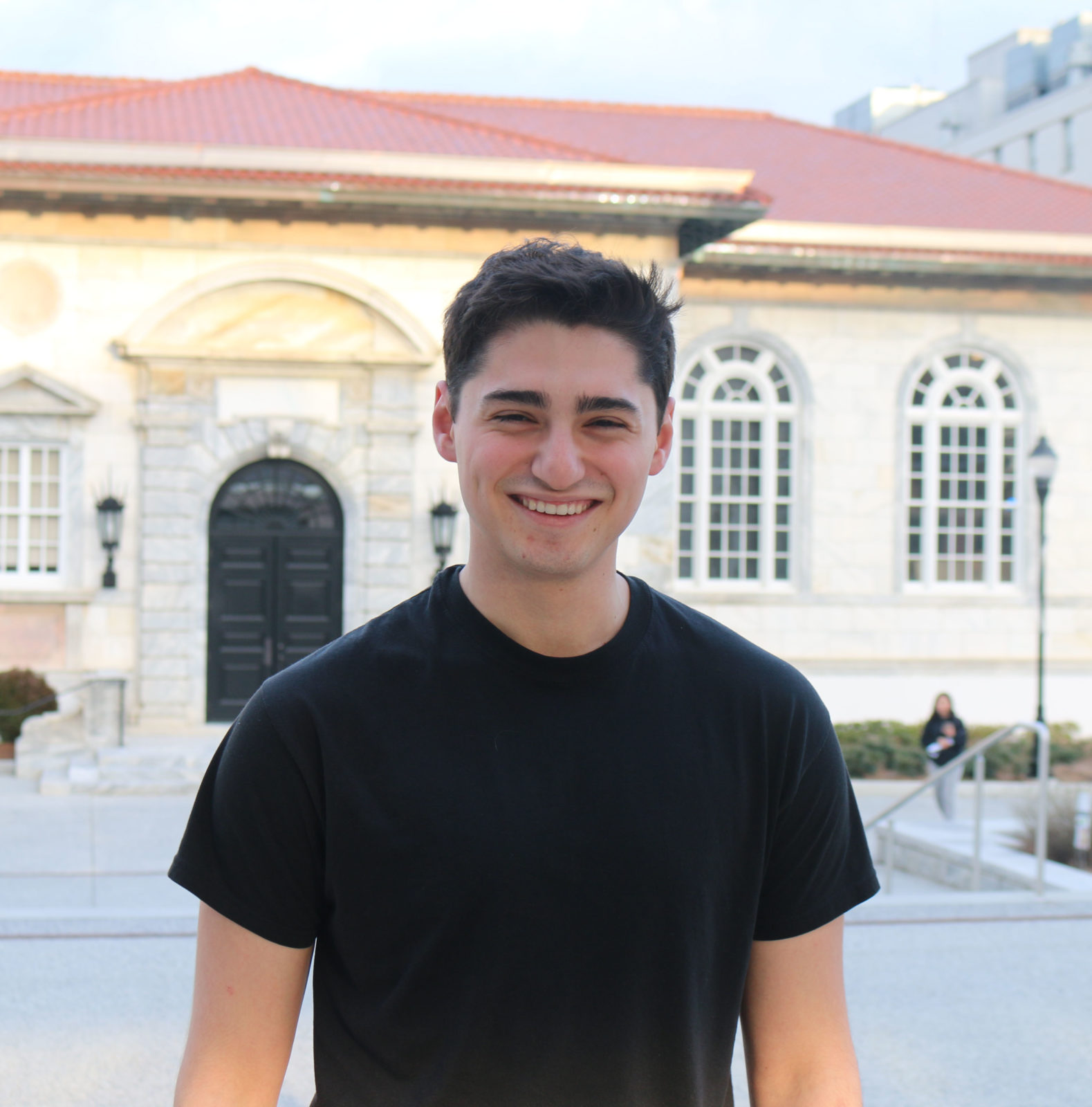 The equipment, which consists of a food grade plastic bucket with an air vault, an aluminum pot, 10 feet of plastic tubing, a specific gravity hydrometer,which measures the specific gravity for alcohol by volume, a bottling wand and a beer capper cost the team $60 total. Schwaiger believes that the investment was worth it, and each member offset the cost by contributing funds to the purchase.

The trio’s previous two batches were produced off campus, first at a friend’s house and then second at Schwaiger’s house. Their current batch is being brewed at Piccolo’s apartment on Emory’s Clairmont campus.

Bits of what they learn at Emory have enhanced their understanding of the process. Both on the pre-medical track, Schwaiger and Piccolo have applied their studies of chemistry to optimizing the production of beer, taking into consideration factors such as cellular respiration and fermentation.

“The theory and the science behind it are definitely separate from the craft, which is less ‘science-y’ and more [of] just people getting together and doing what their dads taught them,” Piccolo said. 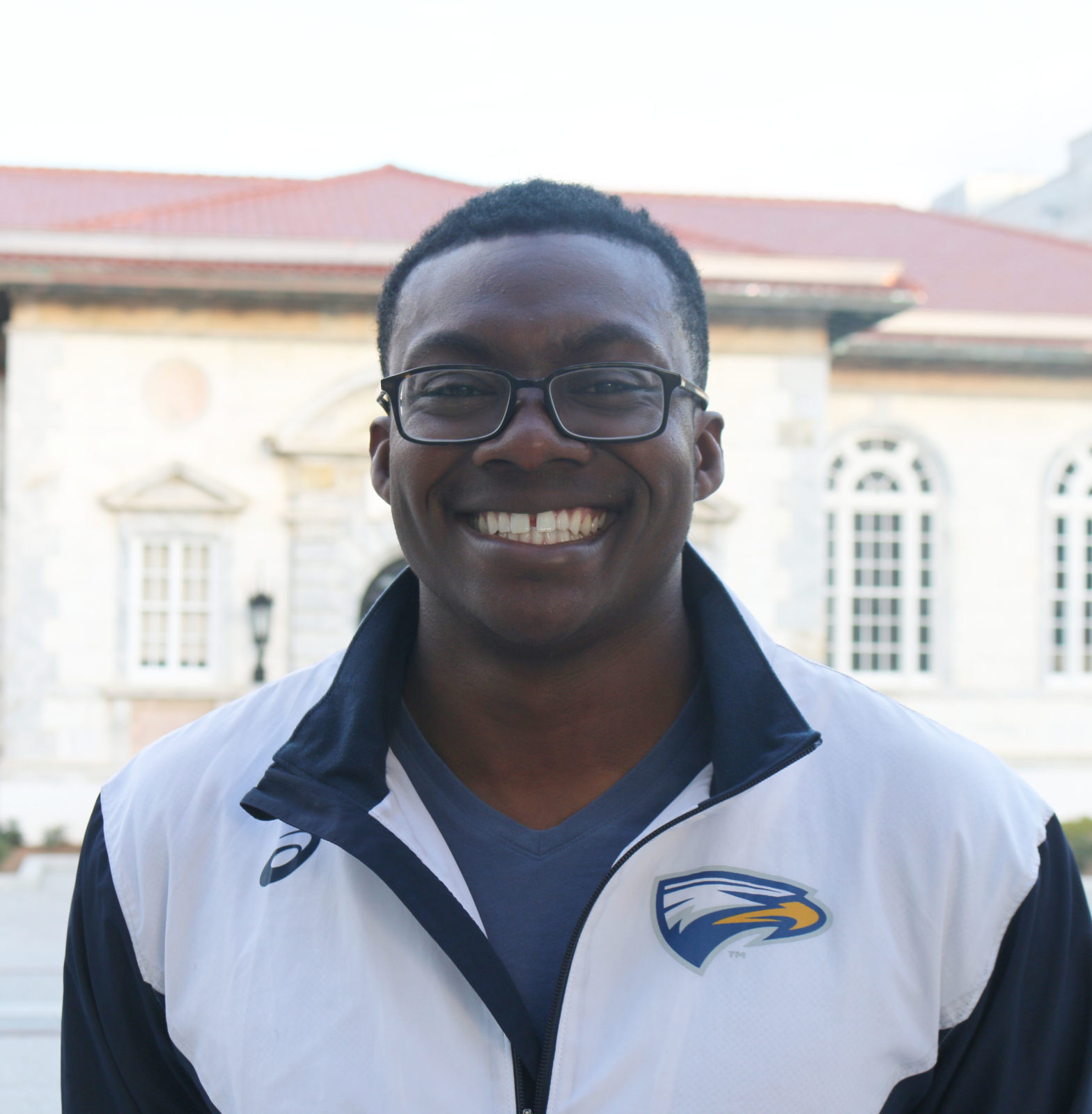 They don’t currently have plans to sell their bottles and emphasized that they are brewing solely for personal enjoyment. They do however have a Facebook page, The Emory Home Brewing Society, which they use to take comments and suggestions from anyone willing to give them. They have nevertheless customized their bottles with logos and stickers that they made at the Cox Hall TechLab. Their first batch, a blueberry IPA called the “Blue Footed Brewby,” is  labeled using a sticker featuring a bird and the drink’s name.

“I think it would be cool for something bigger to come out of it … like, to spark more interest and to have more people interested in doing it, and we can trade beers and see what they’re trying,” Schwaiger said.

The project has been a source of education for the seniors as well as an enjoyable experience..

“It is another way to wholesomely enjoy alcohol and see how much effort actually goes into it,” Piccolo said.